The FAO, the UN's Food and Agriculture Organization has said that rules have to be introduced to curb speculation in commodity prices if the world is to avoid a food crisis that could cause political instability. 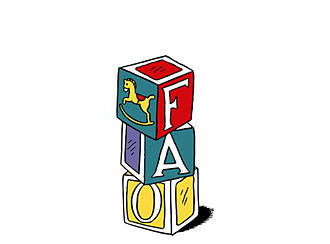 At the moment, the world has enough stock to cover 25 percent of annual food grain requirement, says Hiroyuki Konuma, the FAO's representative for the Asia-Pacific region.

But he says the medium and long-term future looks bleak if agricultural production is not improved: "By 2050, we expect the world population to have grown to 9.1 billion from the present 6.9 billion. To meet this growing future population, we predict that the world needs to increase food production by 70 percent." 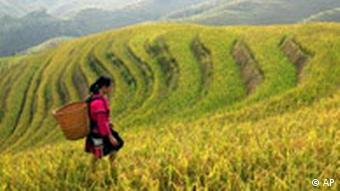 Almost 40 percent of agricultural land in China is degraded

However, it is thought that the outputs from the harvest in Pakistan will be low because of the severe flooding and in South Korea, Laos and Thailand because of the delayed rains.

Cereal production in China, on the other hand, is expected to be marginally higher. Olivier De Schutter, the UN Special Rapporteur on the Right to Food, was recently there and says the country has been very successful in increasing agriculture production to feed its 1.3 billion people.

He thinks this is "quite remarkable" considering the fact that farming in China is mostly small-scale, with farmers cultivating an average 0.65 hectares of land. "They manage to be productive because they organize themselves. They work in a collective that can ensure economies of scale and gives them access to small machinery and the possibility to sell their crops at a reasonable price."

But he points out that China faces serious environmental challenges. "About 37 percent of the land that is cultivated in China is degraded, so these soils are very fragile and generally used in ways that are not sustainable," he says.

Irrigation in the country that has over "20 percent of the world’s population to feed but only 6.5 percent of the freshwater available on the surface of the globe will become a very serious problem," he adds.

According to the FAO, the amount of land being made available for agriculture has stagnated in the Asia-Pacific region. 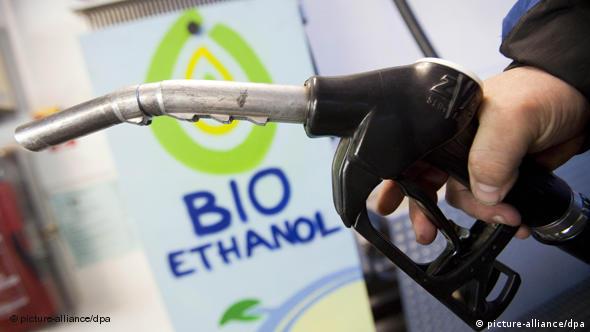 Konuma says developing countries must change their policies to meet the challenges by "increasing the capacities of agricultural researchers" and investing in "improved seed varieties and fertilizers."

The price of food commodities is also heavily dependent on the price of oil, which is currently reported to be 100 dollars per barrel. "If the price of crude oil goes up then the production of ethanol naturally increases," Konuma explains. 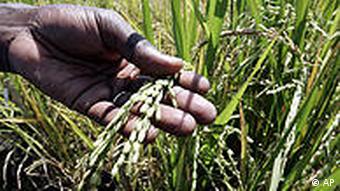 Rice is the only major cereal that has remained stable

Olivier De Schutter says a repeat of a 2008 food crisis is unlikely, but cautions against an artificial scarcity that could lead prices to go up rapidly. "In 2008, all the food commodities rose at the same time. Today we have at least one major cereal, which has remained stable and that is rice. We are not yet in the situation we were in but we are approaching it and it is to be hoped that in the next few weeks there will not be a chain of reactions dictated by panic on the market that could lead to such a difficult situation."

The FAO has been trying to raise awareness at all levels. It even flagged its Asian Football against Hunger campaign at the opening of the Asian football cup in Qatar.

"People understanding the importance of this issue would help influence policy makers to put agriculture and food as one of the top policy agenda in government policy and it will reflect in allocation of more resources to produce more food," says Konuma.

The UN's food agency is optimistic that if the 1960s green revolution was able to facilitate an increase in food grains by 300 percent in a matter of 40 years, proper investment in agriculture can increase food production by 70 percent by 2050.

Pakistan wrecked by floods and terrorism in 2010