After WWII, German POWs were enlisted to rebuild France | Germany | News and in-depth reporting from Berlin and beyond | DW | 08.05.2020

After WWII, German POWs were enlisted to rebuild France

After Germany's surrender in May 1945, millions of German soldiers remained prisoners of war. In France, their internment lasted a particularly long time. But, for some former soldiers, it was a path to rehabilitation. 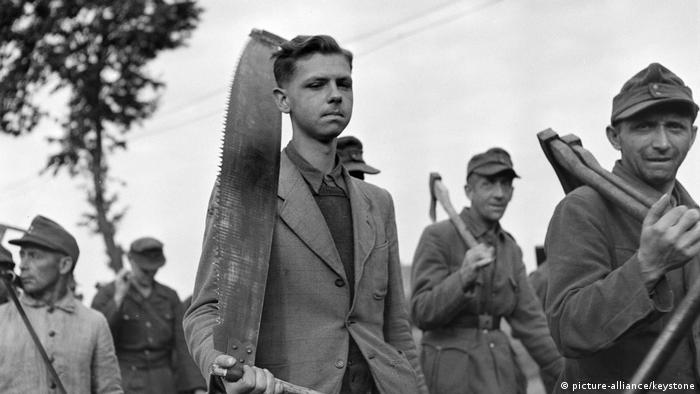 French units lost out to US soldiers in the last meters of the race to reach Adolf Hitler's destroyed Alpine headquarters, the Berghof. But French troops in southern Germany in early May 1945 nonetheless made good progress, capturing one town after the other.

After four years of Nazi occupation, France, under General Charles de Gaulle, joined the ultimately victorious Allied powers in 1944. And the country made sure the defeated German nation was made aware of this status. In the Bavarian town of Oberstdorf, de Gaulle personally inspected the victory parade in mid-May.

Read more: How WWII affects the grandchildren of the war generation

French forces had already sent 800 German soldiers captured during fighting in the region back to France, where more than 100 POW camps had been set up across the country. When the first trains carrying the Germans crossed the border, they were met by a wave of hate. 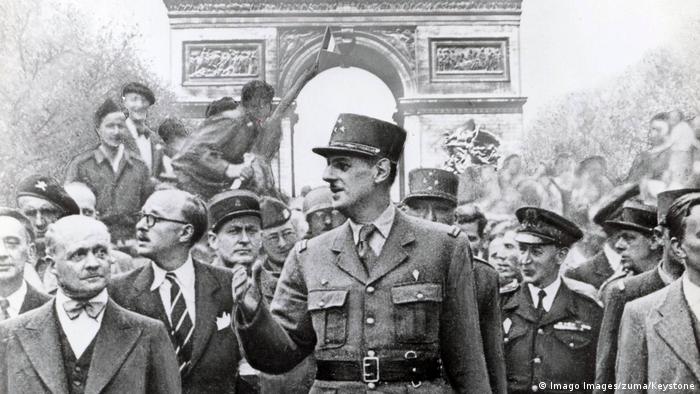 "They were taken to France in cattle cars," said Fabien Theofilakis, a 44-year-old historian who teaches at the Pantheon-Sorbonne University in Paris. "During the stops en route, they were spat upon or beaten up by the local people." Theofilakis is the author of Les prisonniers de guerre allemands: France, 1944-1949, a history of German POWs in France — a topic that was underresearched for decades in both countries until his book was published in 2014 .

As the occupier of France during the war years, Nazi Germany required almost 650,000 French people to work across the border during World War II, where they came into contact with their German hosts mostly through agricultural labor. In 1945, the shoe was clearly on the other foot. France's government enlisted as many German POWs as possible to work on the reconstruction of France. The situation was unlike that after World War I, when France's government had demanded mostly financial reparations from Germany.

Authorities in France had reckoned they would have the assistance of more than 2 million former German soldiers, but ultimately they had to make do with 1 million. Seventy percent of them came from POW camps administered by the United States.

Read more: The Wehrmacht and the Holocaust on the battlefield

In 1945, France's government sought to rejoin the ranks of the major global powers, but could scarcely meet domestic needs. It quickly became apparent that France was overstretched by the huge number of POWs. "The country's food supply at the time was catastrophic," Theofilakis said. For the POWs, there was even less food and clothing. It is estimated that 40,000 former German soldiers died. Others perished working in mines or clearing the land mines that Germany's Wehrmacht had left in France during the war. Theofilakis believes that the general shortages and postwar confusion was a larger factor in the treatment of the German POWs than hate or a desire for revenge.

Some German POWs had it better in France than they would have in their war-ravaged home country. This was initially the case for the hundreds of thousands of former German soldiers who worked in agriculture. They were given more to eat and had close contact with French people. "For my research, I spoke with many former prisoners of war," Theofilakis said. "When the German prisoners of war became a part of everyday life for the French, they were suddenly no longer the hated 'boche' but had a name and a face. That made a lot of difference." ("Boche," short for "alboche" — a portmanteau of the French words for German and cabbage — was slang for the Nazi regime's soldiers who occupied the country during World War II.)

Everyday life in the camps also improved. Civil authorities took over control from the military, which led to new freedoms for POWs. Educational opportunities were created — especially in camps for officers. For example, in the Larzac camp in the Massif Central region, where several former German soldiers from Oberstdorf were interned, the POWs set up workshops, libraries and their own university.

Read more: Nazi dictatorship did not end with V-E Day

Though the Geneva Convention stipulated that POWs should be returned quickly to their home countries, there was no foreseeable end to imprisonment for the former German soldiers in France. Things began to move when the United States started to exert pressure, as it would need the support of western Germany in the looming Cold War against the Soviet Union. Under massive pressure from the United States, in 1947 French officials told the German POWs that the last of them would be able to return home by the end of 1948.

But French officials did not want to completely relinquish the supply of cheap labor, which, according to a study from the 1970s, was responsible for 2.3% of gross domestic product. They offered the former German soldiers the chance to stay on in France — paid. Almost 137,000, many of them from eastern Germany, thus received the status of civilian workers. 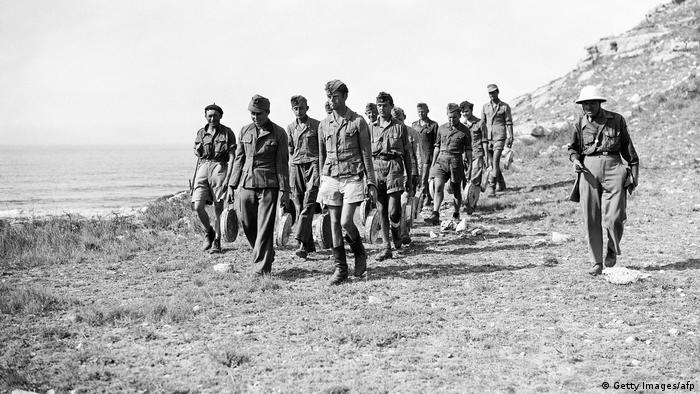 There were still 30,000-40,000 former Wehrmacht soldiers living in France in the 1950s. Many of them had binational families and children.

But, ultimately, it was the politicians who would have to reconcile — and that took years. On January 22, 1963 — over 15 years after the last POWs had returned and almost five years after the German government financially compensated former soldiers for their time as prisoners — German Chancellor Konrad Adenauer and French President Charles de Gaulle signed the Elysee Treaty in Paris.