After Greens and Left, Maas and SPD back LGBTQ+ equality in Germany

The Social Democrats appear to have taken a step closer to ruling out a coalition that does not enshrine marriage equality into German law. The Greens, Left and Free Democrats are all on board with that. 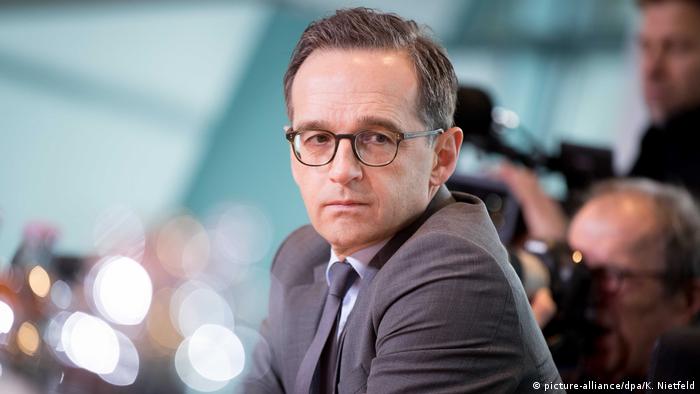 That means that all parties currently represented in the Bundestag back marriage equality with the exception of Chancellor Angela Merkel's Christian Democrats (CDU) and their Bavarian allies, the Christian Social Union (CSU). As part of its governing alliance with the right-wing factions, however, the SPD has blocked marriage equality in the Bundestag's legal committee 30 times.

Earlier this week, the opposition Greens said they wouldn't govern with any party that did not recognize marriage equality. The Left party, possible partners with the Greens and SPD in a three-way center-to-left coalition that appears increasingly unlikely, has long advocated marriage equality.

"Unfortunately, our current coalition partner needs a little longer," Maas said. He posted survey results to Twitter that showed broad support for marriage equality Germany-wide - even among members of the far-right Alternative for Germany party.

In an interview published Saturday in the WAZ newspaper, Christian Lindner, boss of the laissez-faire capitalist Free Democrats, said he would encourage party members to make marriage equality a coalition condition. He said that would leave the CDU-CSU bloc "home alone" with their beliefs. The Free Democrats, who did not make much of the issue during their coalition with the CDU and CSU from 2009 to 2013, were drummed out of the Bundestag by voters in 2013 but could return this fall. 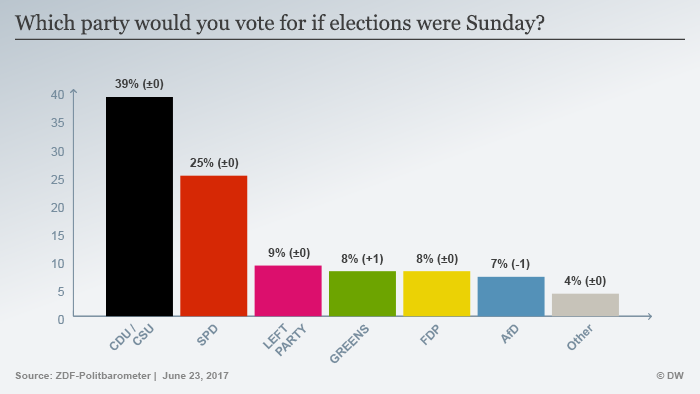 On Saturday, Berlin Archbishop Heiner Koch told the Catholic KNA news agency that his campaign against marriage equality was in "no way homophobically motivated." He just wants to preserve a formal difference between marriage as he understands it and partnership as a legal institution "to adequately address the distinctions between the forms of living."

On Thursday, lawmakers unanimously approved a plan to annul the convictions of thousands of gay men under a law criminalizing homosexuality in post-World War II West Germany. Maas described the annulment as "a late act of justice."

Volker Beck, a longtime Green campaigner for LGBTQ+ rights, called Thursday a "historic day." "It is good that, for many homosexuals, the stigma of being criminal is finally being removed," he told the Bundestag. "It is less good that this won't reach many, because they have died in the meantime."

The Nazis used existing legislation to enforce their anti-LGBTQ+ agenda. The democratic West German regime that followed continued to prosecute queer-identified people, convicting 50,000 men between 1949 and 1969. The government "decriminalized" homosexual acts in 1969, but a form of the legislation remained on the books until 1994.