Many African women can still only dream of owning a smartphone and having access to the internet. Men, however, have long been able to surf the web. This inequality has significant political and economic consequences. 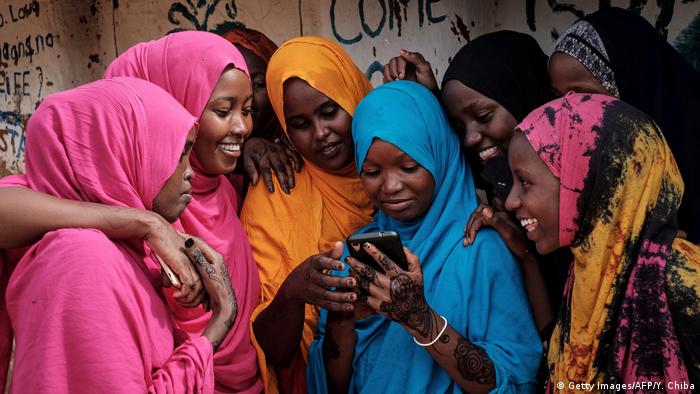 Although Aissata Fall has a smartphone, the young Senegalese woman is hardly ever online. For her, having internet access on her phone is a double-edged sword. "It's true that the smartphone is an indispensable tool," she told DW. "Both professionally and when it comes to staying in contact with family and friends." But many women don't have enough money to use the internet. And there's another reason: "If a married women like me, for example, received angry messages or photos, it can lead to problems with a jealous husband," Aissata explains.

There are many women like Aissata across Africa. Some 200 million Africans are still offline — either voluntarily or involuntarily. Only two out of three women own a cell phone and barely one in three uses their mobile data on a regular basis. Seven out of 10 online mobile users are men. This phenomenon is known as the 'Mobile Gender Gap,' which is currently at 41 percent.

Men 'are always on the go'

Even Nigerian lawyer Yalwati Shuaibu only uses her smartphone to read work emails. "Because of the tedious nature of my job, I close late and the moment I get back home it is my priority to attend to my family," she told DW. "In the community where I come from, women do not normally use their phones for internet access. Men are using their phones to access internet services more than women for many reasons. The men have more engagements and they are always on the go and pursuing more goals."

So where does this gap come from? A report from the GSM Association (GSMA), which represents the interests of mobile network companies worldwide, cites four main causes: illiteracy and a lack of internet knowledge, unaffordable mobile data, irrelevant content, and a lack of security.

"Being able to use a mobile phone and being able to access the internet requires certain skills, including literacy, as well as digital skills," Agnes Odhiambo from Human Rights Watch told DW. "And if you look at education on the continent, many women fall behind men in terms of literacy levels. The other thing is that cell phones are not particularly cheap. A woman in my village was given the option of buying a mobile phone or buying a goat to invest for her family. Some providers charge as much as seven shillings ($0.07, €0.06) [for mobile data] which is way less than a dollar, but for families who are struggling to raise a dollar a day to survive it can be very difficult."

Irene Lourenco Paulino from Quelimane in Mozambique would like to use the internet. Less than half of all women in her country own a smartphone and just one in 10 go online. "I do not use the internet, although I do have a mobile phone which is equipped to go online," the 21-year-old student told DW. "I'd like to download books, but it's just not possible, the data is far too expensive." 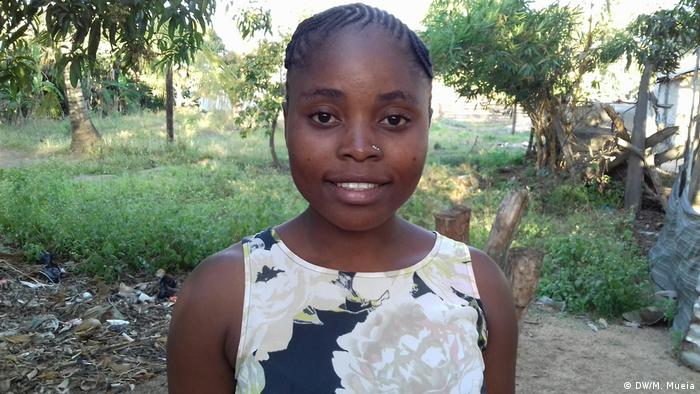 Social restrictions also play a role: In some regions, owning a smartphone is considered inappropriate for women. They are unable to change their phones on their own, or they are forced to justify themselves to the men in their community if they want to use a smartphone or purchase data.

"Men tend to use their money however they please and no one is there to question them," says Odhiambo. "But women are supposed to go to the farm; they are supposed to fetch water and come home and look after the children. They don't really have a lot of time on their hands to just walk for miles to get their phone charged."

Whether its looking for a job, selling a product or service or doing research, in today's world, being able to access the internet is economically essential. The GSMA estimates that if as many women as men used mobile internet worldwide, global gross domestic product could rise by $700 billion (€628 billion). Africa also offers great opportunities in this regard: Last year the continent received $110 billion from the use of mobile technologies and services. Currently, 3 million people work in this sector. By 2022, Africa's mobile technology economy is expected to generate over $150 billion. 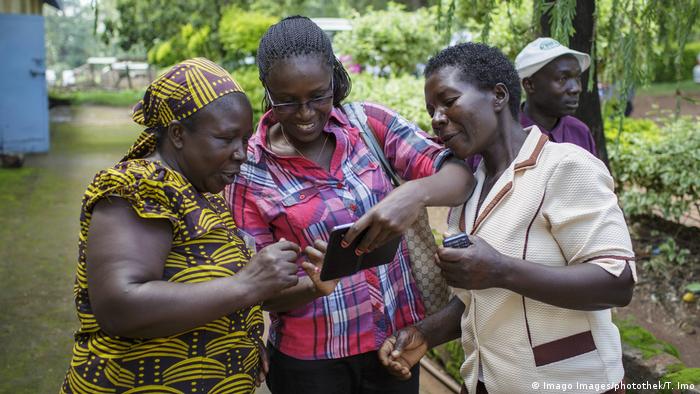 But it's about more than just business. Graca Samo, a women's rights campaigner in Mozambique, says access to mobile internet is also vital when it comes to political participation. "Right now our country is [about to] go to elections," she told DW. "[Mobile internet] can be a mechanism of communicating with women — [to explain] what this process is all about, what is the importance of participating in democratic electoral processes and how communities and women can be involved in decision-making."

Closing the gender gap with education

The GSMA has put forward a number of ideas on how to close the Mobile Gender Gap. To begin with, governments should set clear goals on how to enable more women to go online. In addition, mobile training should be offered in conjunction with products that match women's lifestyles and financial situation.

In Ghana, the nongovernmental organization Africa ICT Right has launched a program which aims to motivate girls to pursue a career in information and communication technology. The organization also seeks to provide more women in rural communities with mobile phones, hoping for assistance from local operators such as Vodafone Ghana and MTN. A number of groups including UNESCO, Africa ICT Right and mobile operators such as Orange are focusing on improving literacy among women so that they can benefit from mobile services and content.

Agnes Odhiambo from Human Rights Watch wants to see more initiatives like these. "It is very important that women are supported to have access to technology including mobile phones and internet, because we are living in the digital age," she says. "Information is power. And this means when women are not in those spaces then they are losing out."