Africa's hurdles toward a COVID vaccine

Coronavirus vaccines are now being administered in Europe, while Africa hopes to start by mid-2021. Until then, the continent of 54 countries will need to put the necessary logistics, such as refrigeration, in place. On December 8, 2020, the United Kingdom became the first country to begin vaccinating its citizens with the new BioNTech-Pfizer COVID-19 vaccine. Canada and Bahrain have also greenlighted it.

The European Medicines Agency (EMA) will meet on December 29 and is expected to approve the vaccine. But European Union countries are already putting modalities in place to receive and distribute the vaccine.

Africa's hopes of receiving the vaccine are pinned on the global COVAX initiative, which aims to buy and deliver vaccines for the world's poorest people. 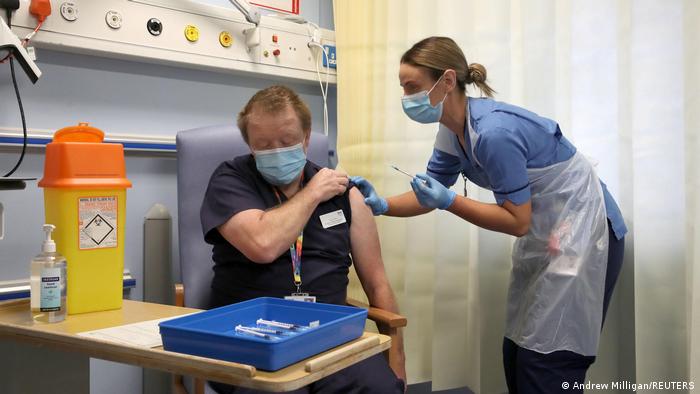 UN Secretary-General Antonio Guterres has reiterated that the new vaccines be treated as "a global public good"made available to everyone in the world. He appealed for $4.2 billion (€3.5 billion) in the next two months for COVAX.

John Nkengasong, head of the Africa Centres for Disease Control and Prevention (Africa CDC), told a virtual news conference that it would be "extremely terrible to see" rich countries receiving COVID-19 vaccines while African countries go without.

Vaccinations are not likely to begin in Africa until mid-2021, according to Nkengasong. He estimated in an article published by the science journal "Nature", that it could even take until October to secure the total 1.5 billion vaccine doses needed to reach 60% of the continent's 1.3 billion people, two doses of the vaccine are required for full protection from the coronavirus. The cost would be between $7 billion and $10 billion.

Not many countries in Africa can afford the coronavirus vaccine. COVAX was set up with that in mind — the initiative aims to ensure that poor countries receive further financial aid. The World Health Organization (WHO) says 46 African countries can benefit.

Two billion vaccine doses are supposed to be made available by end of 2021. But according to the vaccine alliance Gavi, one billion doses have been planned for the poorer 92 countries. In September, an Oxfam study revealed that industrialized and emerging countries have already secured more than 5 billion vaccines.

Africa CDC Director John Nkengasong fears that not enough vaccine will be left for the African continent.

Public health researcher Yap Boum sees another possibility: Uganda and some other countries are conducting their own vaccine trials. "I think that is also one way of getting the vaccine and at the same time getting evidence of whether it will work or not," Boum said.

But even the vaccines that are already on the market cannot be used without problems in Africa. The BioNTech-Pfizer vaccine used in Britain, for example, has to be cooled at minus 70 degrees Celsius (minus 94 degrees Fahrenheit). "We foresee the issues being particularly around the storage and the distribution of those particular vaccines at very low temperatures of minus 70 degrees," said Michelle Seidel, UNICEF's supply chain specialist. 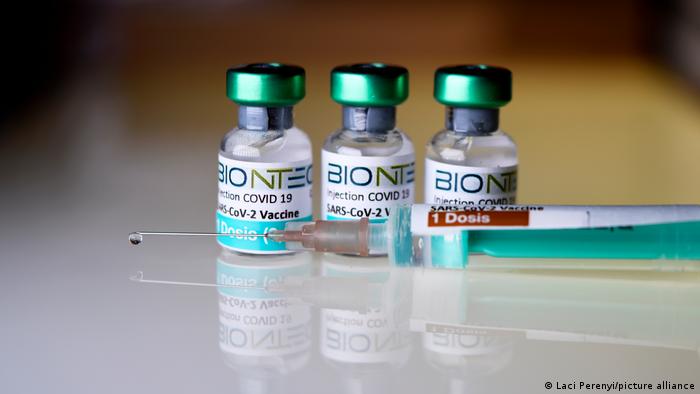 Extreme cold temperatures are required to store the COVID vaccine

In many rural areas in Africa, there is hardly any electricity supply. Big cities face regular power failures. "The ultra-low temperature freezers require backup generators or back-up power fuels. That is going to be quite challenging," Seidel added.

Africa CDC Director Nkengasong has urged the continent's governments to rebuild their cooling systems by February. Seidel says the COVAX initiative is also supporting African countries in this aspect.

Health expert Yap Boum sees another challenge. "We anticipate some resistance from people receiving the COVID-19 vaccine because of the debate around the vaccines, but also on the debate of the COVID trials in Africa."

There was uproar at the onset of the pandemic when a French television host asked scientist Camille Locht whether such studies should not be carried out in Africa, "where there are no masks, no treatment options and no resuscitation measures." 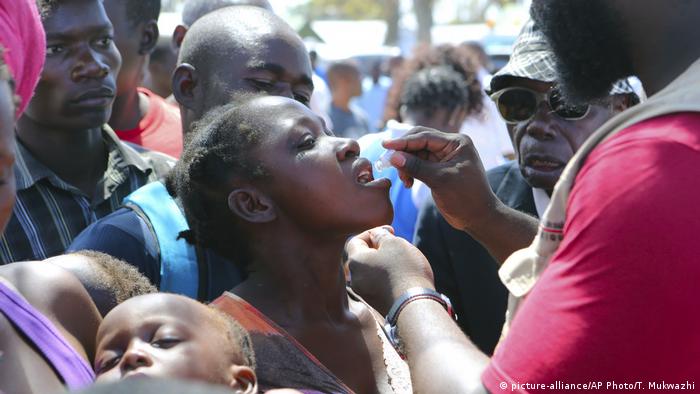 The vaccine issue has stirred some controversy in Africa

According to Boum, proper sensitization about the vaccine is needed because Africans are worried about being "the guinea pigs for the vaccines."

Africa CDC Director Nkengasong says that at least 60% of Africa's population would need to be vaccinated over the next two to three years. "If the delay takes us to four to five years then the virus will be endemic in our communities," he warned.

Germany has recorded nearly 30,000 new coronavirus cases and 598 new deaths over the past 24 hours. The COVID-19 infection rate has hit a record for the second day in a row.

The experimental vaccine won't be ready until the end of 2021 after clinical trials showed it created an insufficient immune response.