Africa's fake news of the year 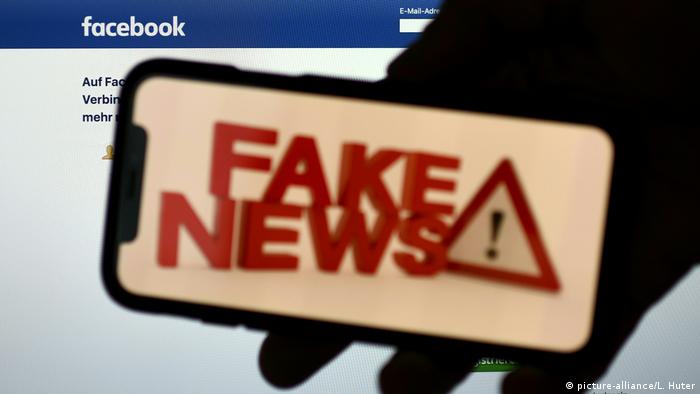 South Africa was the scene of a resurrection miracle, Nigeria's President Muhammadu Buhari was said to have died and been replaced by an imposter, Jesus turned up on the streets of Kenya – and danced, and a lion was shown roaming residential streets in another part of the country.

These concocted stories did the rounds as ultrarealistic fake videos, pictures and posts on social media platforms. Often Facebook or WhatsApp users received them from trusted friends or relatives. The information proved difficult to source or verify, but some of it was simply too impossibly far-fetched to be believed, while others were debunked by the professionals.

At the start of 2019, the Johannesburg-based pastor Alph Lukau, was filmed bringing a young man back to life. The pastor commands the young man – who is lying in a coffin amidst a crowd of onlookers – to 'rise up'. He promptly does just that, walking and eating within a few minutes of his alleged resurrection.

"There were a number of basics that they just didn't get right," remembered investigative journalist Mxolisi Ncube, who debunked the story. "This guy purportedly died on Friday or Saturday. By Sunday he was already on his way to Zimbabwe for burial. In a normal situation would need to take about three working days for their papers to be processed according to the funeral parlors," Ncube told DW.

While the video didn't only dupe viewers, but also tricked funeral companies into participating in the miracle ceremony, the online community responded with its own #ResurrectionChallenge and a host of videos of people parodying the video. Offline, the funeral firms pressed charges of fraud against two people involved in the video, yet the case was not resolved.

The darker side of fake news

A pastor misleading his congregation into thinking he has the power to resurrect a man is one thing, but false information can have even more drastic and dangerous consequences.

At the height of the most recent xenophobic violence in South Africa, WhatsApp messages, announcing dates on which foreigners would be attacked and killed if they did not leave the country, circulated. Consequently, attacks on shops owned by people from other parts of Africa spread to different areas.

The fact-checking organization Africa Check debunked some of the false posts. Amongst them was a post of a burning four-story building, which people believed was in Johannesburg.  It had been viewed over 189,000 times. Using Google image searches, Africa Check revealed that the video was in fact from a fire that broke out a few months earlier in Gujarat, India. Nigerian singer Burna Boy inflamed tensions when he posted a video showing violence that South Africans denounced as fake.

Read more: Opinion: The truth is under fire - and it concerns us all

Cameroon has similarly had its share of misleading news stories. The violent separatist struggle in country's English-speaking regions, coupled with heavy government regulation of the media, has made it difficult for journalists to operate freely in Cameroon. As a result, blogs and social media platforms have proven to be both a necessary but also unreliable source of information.

One story which was widely share on social media reported the alleged killing of Governor Adolph Lele L'Afrique of the Northwest region by separatists. Pictures showed a burnt body, purported to be that of the governor. Many believed the story until they watched the governor on TV at a public event in Bamenda the next day.

In a similar vein, a local newspaper reported that a university student had been killed in a shoot-out between government soldiers and separatist fighters. The student was later reported to be injured but alive. Stories of imminent attacks on communities have at times also caused the inhabitants of entire villages to flee.

"I felt like journalism was being buried by having such superfluous information without findings," Genevarius Wifah, a resident, said. While it is often difficult for journalists to verify information, Derrick Bakah, a Bamenda journalist, uses his experience and knowledge of the environment to fact check information. "My experience working in this environment for a long time has given me much exposure," Bakah told DW. "If they tell me now that something has happened in Kumbo, I will be able to identify the location and my contact list always permits me to reach out to the people."

In Nigeria, President Buhari's alleged wedding to a second wife made the rounds on social media. Many Nigerians who saw the posts took them lightheartedly. All official sources denied the posts about Buhari, his wife Aisha Buhari, and Sadiya Farouq – the minister of humanitarian affairs, who was named as the president's bride to be.

However, the posts about a Buhari wedding – detailing everything from cards, to guest lists and people getting dressed to attend the wedding – continued to circulate under the hashtag #BUSA2019 (Buhari and Sadiya 2019) – some serious and others less so.

One video, which allegedly showed a pre-wedding party was actually a celebration of Farouq's appointment as minister.

Rumors about Buhari have not only concerned his marriage. His lengthy stays abroad for medical treatment often crank up the rumor mill with posts that go as far as to report his death. On social media networks in 2019, it morphed into a case of the president having been replaced by a body-double.

With the secrecy often surrounding the health of presidents, rumors of their deaths have always been around. This year alone, Gabon's President Ali Bongo was said to have died after a prolonged period of illness. Ghana's President Nana Akufo-Addo was said to have been rushed to the hospital, when he was actually just visiting a friend. "If Mrs. Akufo-Addo didn't know that her husband was visiting," one resident said, "just seeing that for the first time, she could have just collapsed."

When the media is affected

In Uganda the media itself came under attack as a result of a fake news story. On a local radio show, Kamada Mulyowa, a man who called himself the head of an Illuminati chapter of Uganda, announced that people who camped outside the station, would receive 5 million Uganda shillings (€1,223 or $1,365). As a response, hundreds of motorbike riders and crowds of people converged on the New Vision media house, demanding the money.

Robert Kabushenga, CEO of the Vision Group had to come out of the building and apologize to the angry crowd. "They didn't give us money, they lied to us, imagine I walked a long distance from my village to their office they really took us for a ride," Rogers Mugabi, who had arrived to collect the promised money, said.