South Africa’s Nkosazana Dlamini-Zuma four-year term as chairperson of the African Union Commission has ended. She will not be missed by many and leaves a profoundly divided AU behind her. 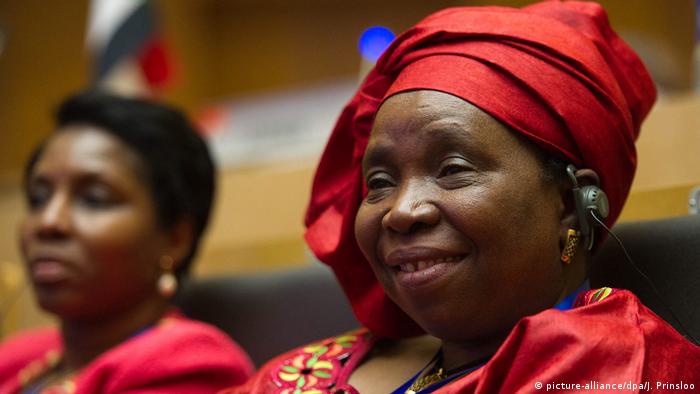 In the beginning, a success story seemed to be in the making: the first woman elected to chair the African Union (AU) had been a freedom fighter in her country. What could possibly go wrong?

Lots of things, as it happened. After four years as chairperson of the AU Commission, it is hard to find someone at the organization's headquarters in Addis Ababa, or anywhere else, willing to put in a good word for Nkosazana Dlamini-Zuma.

"Many will be forgiven for screaming: good riddance, Mrs. Dlamini-Zuma!" he added.

Off to a shaky start

It took three rounds of voting and some very aggressive lobbying by the South African government to get Dlamini- Zuma elected chairperson in 2012. This led to serious resentment towards her from the francophone countries of Africa, who where hoping for a further term for Gabon's Jean Ping.

"That rift has definitively not been healed and Dlamini-Zuma didn't really make an effort to bridge that gap," South African AU expert Liesl Louw-Vaudran told DW.

Many Anglophone countries were also upset about the disregard of an implicit AU rule, which states that no representative of a heavyweight African nation should run for the top job. 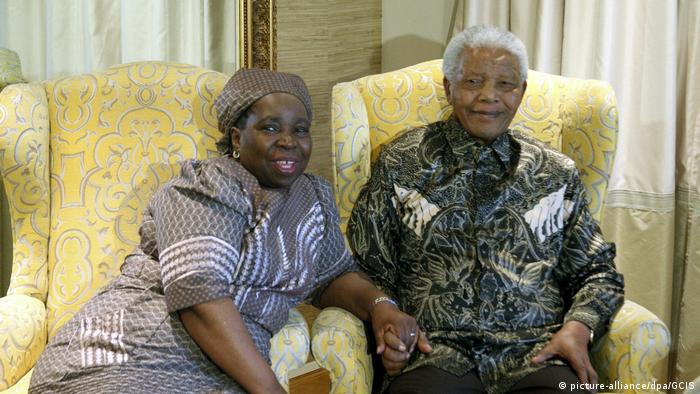 Nkosazana Dlamini-Zuma in an archive picture with Nelson Mandela: she was well respected for her role as a freedom fighter in South Africa

When she took office in October of 2012, the physician and former South African minister of home affairs arrived with a "good track record," said Louw-Vaudran. "She had the reputation of being a hard worker and a good manager," the analyst added. Many believed she was set to make the AU more efficient and productive.

"She is a strong woman from a powerful country. People expected her to have a bigger vision, greater management abilities, a greater freedom to speak her mind and more possibilities to influence important decisions," Tamekamta told DW.

But these decisions are taken by African heads of state and government, said expert Louw-Vaudran. According to her, one of the AU's main weaknesses is the narrowness of the chairperson's competences.

Regardless of institutional and financial shortcomings, Dlamini-Zuma's list of neglected crises is long. It includes civil wars on the continent, Ebola, the deaths of countless African migrants in the Mediterranean, El Nino and hunger. When the former president of the African Development Bank, Donald Kaberuka, visited the regions affected by the Ebola epidemic, Dlamini-Yuma remained hidden in Addis Ababa. She also chose to spend time in South Africa preparing her candidacy to succeed her former husband Jacob Zuma in the presidency. 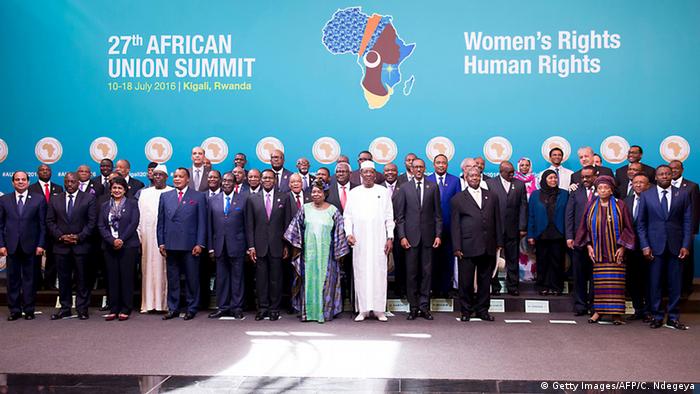 She also kept out of the controversy caused by the decision of some African countries to leave the International Criminal Court (ICC), South Africa foremost among them.

"Mrs. Zuma is hoping for a political career of her own in her country. That's why she keeps silent on several issues which could come back and bite her," Siaka Coulibaly, a political scientist from Burkina Faso, told DW.

Analyst Tamekamta added that there were also no real efforts by the AU under Dlamini-Zuma to tackle the Boko Haram crisis.

"Regional organizations had to step in to finance anti-terror measures and send troops to fight terrorism," Tamekamta said. The same thing happened during the Gambian crisis, although in that case, at least, Dlamini-Zuma's AU made its displeasure clear when former President Yahya Jammeh refused to step down after losing the election.

Dlamini-Zuma skirted all the difficult issues on the continent "in an effort to avoid confrontations with heads of state," Louw-Vaudran said.

But Louw-Vaudran says Dlamini-Zuma did show commitment to women's issues in Africa. But her engagement for the advancement of women had clear limitations. At the end of 2016 she offended her Cameroonian hosts when she left the African Women's Football Championship without a word of explanation and flew to South Africa to attend an important meeting of the ruling African National Congress (ANC).

After leaving the AU, Dlamini-Zuma might be remembered more for her constant presence on the social media platform Twitter than in the hot spots of Africa's crises. 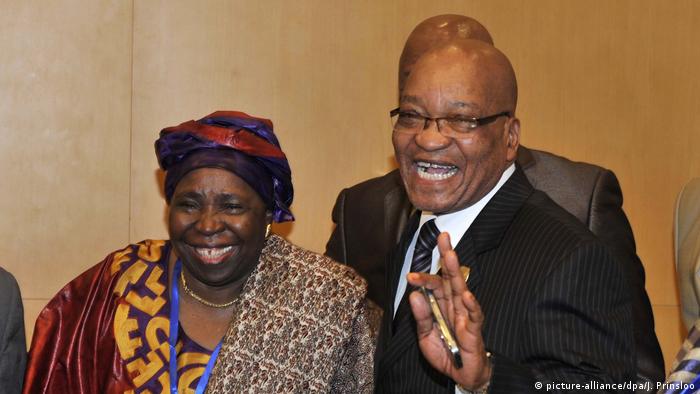 The race for the African Union's top job is heating up. On Friday, five candidates for the post of chairperson will face off in a debate in Addis Ababa. But other factors will determine who wins in the end. (08.12.2016)

President Jacob Zuma has promised to address problems of corruption and infighting within the ruling ANC party. The ANC Women’s League said that they would back Nkosazana Dlamini-Zuma as a presidential candidate. (08.01.2017)