Afghan Tariq Eqtidari has a very unusual way of fighting corruption - by arranging marathons. Participants win no prize or a title, but they do make their voices heard against embezzlement and bribery. 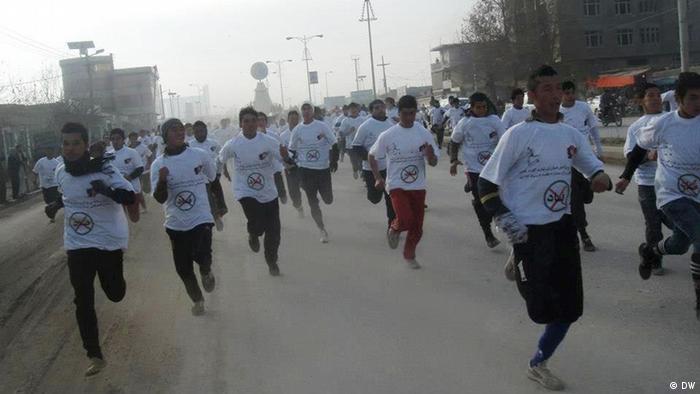 Tariq Eqtidari has participated in many talent shows in Afghanistan and received many awards, but it was is his struggle against corruption that gave the 25-year old recognition and fame in Afghanistan and abroad. Eqtidari sees sports as the best way to spread awareness among Afghan youth, so he organized his first big marathon against corruption.

The team were able to gather around 500 young Afghan boys and girls in one of Kabul's many dusty streets. Their message was loud and clear: "Don't pay or accept bribes."

More than 500 people appeared for the first ever anti-corruption marathon in Kabul. Eqtidari's team distributed t-shirts with printed slogans against corruption. "We wanted to run and spread a message. The message was ‘let us start the year with the goal to fight corruption.'" Eqtidari says he started his campaign by issuing statements which condemned bribes. But in an attempt to reach more people in his fight, he came up with the idea to organize anti-corruption marathons. 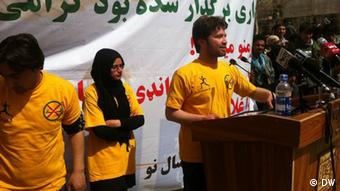 First came the message, then it became apparent that marathons were a good way to convey it

The participants did not run a long distance, but a large crowd noticed the group. Eqtidari had involved local radio stations in his campaign. They covered the marathon live and interviewed the participants. This helped them convey their message to an even larger audience.

Eqtidari's first struggle in Afghan capital was a success which encouraged him to extend his campaign to other provinces. In addition to Kabul, the team arranged marathons in six Afghan provinces which included Balkh, Kandahar, Herat, Badakhshan, Bamyan and Nangarhar.

"More than 3,000 people attended in these marathons. It showed that at least there are 3,000 young Afghans who can get together and raise their voices against corruption," said Eqtidari.

Eqtidari struggles hard to overcome traditional habits: He lives in a country where most often elders have the last word. In the traditional Afghan society, young people are not allowed to speak up in the presence of their elders. It is considered extremely impolite and a sign of bad upbringing if a young boy or girl goes against a decision made by their elders. Such traditions make the job even more difficult.

Adding to the task, it is often the powerful - Afghan warlords and high-ranking Afghan government officials - who are accused of involvement in corruption. However, Eqtidari remains determined and says he will not stop his campaign. "I wanted to start my work to tackle the biggest problem in Afghanistan. I think corruption is the main problem in this country, creating many other problems." 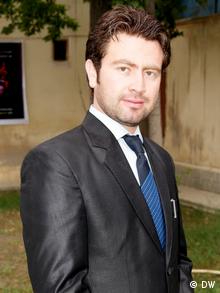 Eqtidari has warned he might arrange even larger marathons and protests, if necessary

In its annual Corruption Perceptions Index In 2012, Transparency International ranked Afghanistan as one of the three most corrupt countries in the world. Somalia and North Korea were two other countries in the same rank as Afghanistan. Meanwhile a 2012 UN survey showed that almost 50 per cent of Afghans paid bribes when receiving public services. According to the survey, in this year alone, Afghans paid over 3.9 billion dollars in bribes.

Big plans for the future

In a recent interview on one of Afghanistan's local TV stations, Eqtidari urged the Afghan government to fight corruption. He warned that, if the government does not take measures, he will arrange larger marathons and protests.

"Arranging social events used to be my part time job - more of a hobby, but now it is changing into my full time job," explains the young Afghan.

Eqtidari has even taken his zeal for public life abroad, and beyond the realm of solely fighting corruption. He represented Afghan youth in the NATO summit in Chicago last year and is also set to attend the World Youth Conference in South Africa in October.

A lack of trust, illiteracy and corruption are three reasons why it is proving difficult to prepare Afghanistan's security forces for the withdrawal of international troops in 2014, says Afghan expert, Michael Paul. (29.11.2012)