A lack of trust, illiteracy and corruption are three reasons why it is proving difficult to prepare Afghanistan's security forces for the withdrawal of international troops in 2014, says Afghan expert, Michael Paul. 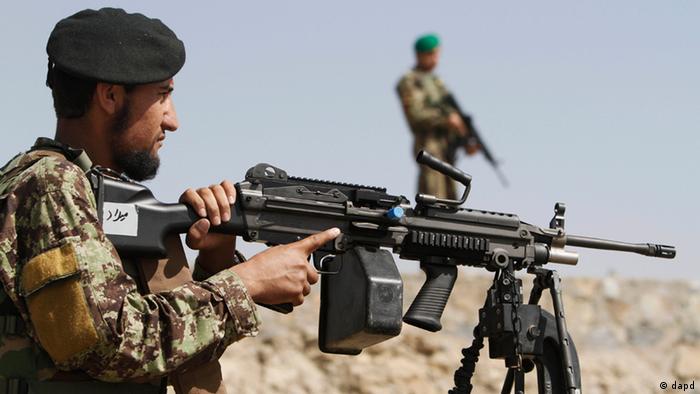 DW: The Petersberg Conference on Afghanistan in Bonn goes back 11 years now. The meetings spent a lot of time focusing on how the Afghans will be able to ensure the long-term security of their country on their own. International forces will be leaving by 2014. What is your assessment of the security situation in Afghanistan?

Michael Paul: The current security situation in Afghanistan is bad, and compared to 2009, has grown worse. Progress in the security situation and a successful and complete handover of security responsibility to the Afghans essentially depends on improving the number and quality of Afghan security forces. By that I mean the Afghan National Army (ANA) and the Afghan National Police (ANP). To successfully train the 352,000 troops and police officers in Afghanistan also directly depends on the planned withdrawal of the ISAF forces.

ISAF troops are slated to leave in 2014 and international aid in the coming months will focus on training Afghan security forces. Are the Afghans in a position to take care of their own security? 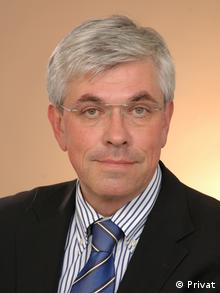 Dr. Michael Paul of the German Institute for International and Security Affairs (SWP)

Unfortunately, over the years, there have been many shortcomings and deficiencies as the ANA and ANP were set up. Politically, efforts were initially aimed at creating a small auxiliary ground force to fight the Taliban. As a result, the amount of funding available was minimal and the training was more or less rudimentary. Although the security situation has grown significantly worse, the size of the security forces has only been growing for a few years now. In this context, training for Afghan police and soldiers plays a key role. I expect that it will take until after 2017 before Afghan security forces are in a position to take on all the security relevant tasks.

How many troops have been trained so far?

I have no figures, but when we're talking about numbers, then you should know that the current planned troop and police strength of 352,000 cannot be maintained over time due to the enormous cost. In the long term, regardless of the security situation, the size of the force will depend on Afghanistan's economic output. So, the Afghan government is already talking about gradually reducing that number to about 220,000.

Many Afghans complain about the poor training of local police forces and the illiteracy of many police officers. Can this problem be solved?

Illiteracy, besides corruption, is without a doubt one of the biggest problems in Afghanistan. Perhaps only around 18 percent of the recruits can read or write. They waited much too long to hire teachers to teach the soldiers and police to read and write. Troops have to be able to operate complicated equipment and weapons systems. Reading, writing and additional abilities are very important to having a functional, independent national army. The security issues that still exist, of course, have only made the problems worse.

One of the biggest security problems are the so-called insider attacks within the Afghan and international forces. These have clearly disturbed the levels of trust between the two partners. Is there any way to rebuild this trust?

That is difficult. The Western countries would like to see Afghan forces able to operate independently by 2014 as quickly as possible. The pressure on them to do that is enormous. But one has to remember that the way people interact in Western militaries often does not coincide with Afghan concepts of courtesy. So the potential for conflict is preprogrammed. No matter how good you teach and train them, it will not change the fact that Afghan soldiers and police are very concerned about the ISAF withdrawal. The resulting pressure, of course, only increases the potential for conflicts. When the basis for trust has been undermined, it is very difficult to get it back.

Dr. Michael Paul is a senior fellow and project leader for "Armed Forces Dialogue" at the German Institute for International and Security Affairs (SWP) in Berlin.

Afghanistan prepares for an uncertain future

The German cabinet has approved plans to reduce forces in Afghanistan to 3,300 by February 2012 and withdraw troops completely by the end of that year. What happens after that is what many Afghans wonder. (28.11.2012)

As NATO's mission in Afghanistan draws to a close, the future of this troubled country is unclear. Free elections have been held, but armed struggle continues. (28.11.2012)