Afghanistan′s new great game: The undeclared wars within the war | World | Breaking news and perspectives from around the globe | DW | 14.03.2010

Conventional Western public opinion regards the war in Afghanistan as a struggle between NATO and extremist Islamic militants. Since assuming office Barack Obama has redefined the conflict by calling it the Af-Pak war. 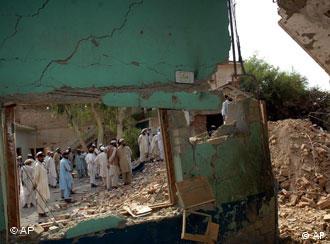 The US president's redefinition is recognition that the Taliban's nerve center, as well as al Qaeda's safe haven, are across Afghanistan's border in neighboring Pakistan. In the forbidding tribal territories, Waziristan especially, another dimension of the same fierce conflict is underway with more Pakistani troops thrown into the fray than the whole of NATO deploys on its side of the Northwest Frontier.

But unlike Afghanistan where NATO allows journalists free access to combat operations, the Pakistani military remains media-averse and highly secretive of its own internal counter-insurgency efforts. On the surface of things, however Pakistan is NATO's and particularly Washington's staunch ally in the regional and global campaign against terror. It's a role for which Islamabad in dire economic straits is rewarded handsomely with a massive combined US economic and military aid package it could not do without.

But as British author Moni Mohsin, a lifelong student of Pakistan, points out "Pakistan is also the only US ally America frequently bombs with drone missile strikes, which sometimes kill terrorists and just as often kill civilians."

And while Islamabad is at pains to denounce the Predator missile attacks and adamantly insists it does not authorize them, Mohsin told Deutsche Welle that there is tacit Pakistani government approval for the strikes. Yet when the attacks are publicized it only helps to feed the ever present anti-American propaganda in Pakistan's right wing media "which in turn becomes a pro-Talibanization as far as the public is concerned." 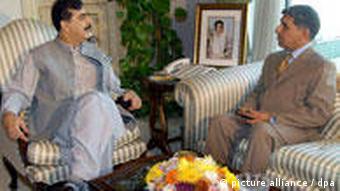 Pakistan's intelligence service, ISI, and its director general Lt. General Ahmed Shuja Pasha (R), have been accused of stoking up tensions in Afghanistan

The prevalence of anti-US sentiment in popular culture is something the Pakistani army and the all powerful military intelligence service, or ISI, seems to thrive on and encourage although they are ostensible allies of the West, in presumably the same struggle. The underpinning complexity of such duality is at the essence of what routine western analysis of South Asia often fails to pinpoint.

At the core of this double game, is Pakistan's traditional enmity with India, the dominance of the armed forces and its spymasters in Pakistan's national and political life and a long standing rapport with the Taliban and other radical groups which it has not only supported but also created in some cases.

British journalist Rishaad Salamat, a long time Pakistani analyst and a senior economic anchor with Bloomberg Europe, argues that from a national security perspective "there are elements in the ISI who don't want a democratic and stable Afghanistan. A state that they perceive as being in the pocket of India and one which has irredentist claims on Pakistani territory."

Mohsin concurs. "The Pakistani army feels threatened by India on its right flank. And if most countries have armies, Pakistan is an army with a country and to remain in this preeminent position, the generals play up the Indian threat. But then India does have a massive presence and influence in Afghanistan. It has 26 consulates, what does Afghanistan have as one of the poorest nations on earth that India needs so badly?"

Muddling things further in what seems to be an ongoing proxy war between Delhi and Islamabad, though they are not playing it up, there is widespread suspicion in Western intelligence agencies that the ISI may well have behind the recent suicide attacks and shootings in Kabul aimed at the Indian community there.

Not surprising when the Pakistani Jihadist group Laskhar e Taiba which carried out the bloody raid on Mumbai in 2008 is clearly recognized as an offspring of the ISI, recruited, armed and trained by the intelligence service.

That thus far Islamabad has also refused to extradite or try a single suspect among over 40 militants linked to the slaughter has only exacerbated tensions with its Indian rival. This refusal arguably brought India and Pakistan to the brink of what might have become their fourth modern war since achieving independence from the British Raj in 1947.

It is also undeniable that the ISI has a clear hand in supporting separatist militants in Indian administered Kashmir. Though it isn't all one way mischief, India continues to covertly back Baluchi separatists in Pakistan deeply alienated from central government, in what endures as another, albeit lower-level rebellion within Islamabad's borders.

It is also now conveniently overlooked that the Taliban itself, ironically enough, was the very creation - with a lot of US funding - of both the ISI and the CIA, designed to act as a tool to confront Moscow during the Soviet War in Afghanistan.

What remains more confusing is that while the Pakistani army fights a costly war against the Taliban in its own tribal areas, every once in a while Taliban casualties in Afghanistan are discovered wearing Pakistani army dog tags, most of them officers on seconded, special duty. There have also been repeated instances of Taliban prisoners of war admitting that Pakistani regular army officers run specialized Taliban training camps.

So does it mean civil war has spread to the ranks of the Pakistani military itself? Is it a simple case of the right hand not knowing what the left hand is doing? Not quite. Mohsin argues that there are elements of the Taliban the Pakistani army and the ISI do not control nor favor. 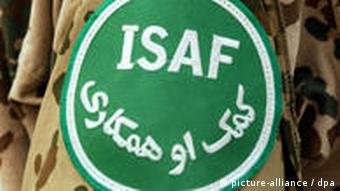 "The army and ISI say (to Washington) look we will deal with al Qaeda and the Jihadists, but you have made it clear that you will withdraw sooner rather than later and we want an Afghan government in which we have a say, because we live here and we'd prefer a Taliban type of government we can play ball with," Mohsin told Deutsche Welle.

It is a stance that angers Washington but when "NATO is bleeding and Pakistani support is critical there is little that they can do and Pakistan is going to milk it for all its worth and keep collecting the aid looking to Washington to keep defusing tensions with Dehli."

Of course there are also other permutations of power geo-politics at play too. China remains a staunch Pakistani ally and military supplier because it suits China to have Pakistan as a thorn in India's side, with whom its also fought a war in the past and seeks to check its power.

Israel increasingly has also emerged as key provider of military technology for India which it sees as a natural ally in the fight against Islamic radicalism. But its hard to escape the perception that the Pakistani military and the ISI are really the key players in the drama of the Hindu Kush and the larger crisis of South Asia.

Within Pakistan itself the military's power far exceeds that of a weak civilian government. A massive portion of the national budget is allocated to the armed forces with no questions asked. There is no public nor international accountability of the nature of conflict in the territories, where there may well be large scale civilian losses and human rights abuses on both sides.

And among those that dissent in Pakistan, but who also oppose radicalization, the military and the ISI are challenging democracy itself, pitting the judiciary against the government and using nationalist sentiment in the conservative elements of the media to keep tensions at a fever pitch. It's a dangerous game and last year casualties from suicide bombings in Pakistan exceeded those in Iraq.

Foreign troops have more often than not failed in Afghanistan

The great game as it was once called pitted the British and Russian empires against one another with Afghanistan as the chosen battleground. During World War II, Nazi Germany even sought Afghanistan as a potential ally in its struggle against Britain, even sending a team of saboteurs to blow up bridges on the Afghan-Indian borders.

Of course the Soviets had their failed era and now it is America and its NATO European allies who are embroiled in the Hindu Kush. But it is much more complex than anyone dare admit and it would seem as ever, if history is anything to go by, it is the locals that will have the final say, not the outsider.

US Senator Barack Obama has again stressed that fighting the Taliban and al-Qaeda in Afghanistan and Pakistan is his foreign policy priority. In Pakistan, meanwhile, there is a lot of scepticism about US foreign policy -- attacks on Pakistani territory from Afghanistan have even killed Pakistani troops and the US government is also increasingly unpopular for continuing to back President Musharraf. (16.07.2008)

The latest attack on Indians in Kabul raises the question once again whether the war in Afghanistan is slowly turning into more of a proxy battle between India and Pakistan. (26.02.2010)

Listen to this DW interview with Prof. Khadim Hussain on the situation in northwest Pakistan.

A year after the Taliban seized control of Afghanistan, Berlin's efforts to evacuate thousands of at-risk Afghans are stalling.