Afghanistan: Victims′ families decry glorification of suicide bombers | Asia | An in-depth look at news from across the continent | DW | 01.11.2021

A recent event to "honor" the Taliban's suicide bombers and their "sacrifices" has drawn heavy criticism from Afghans. Relatives of suicide bombing victims told DW they feel repulsed by the glorification of murderers. 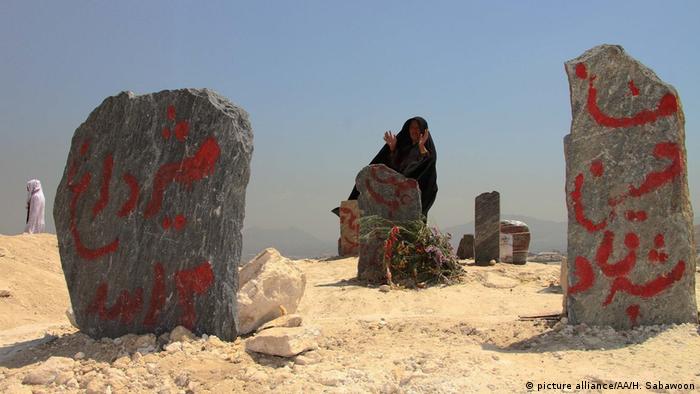 As she heard the news of the Taliban "honoring" families of their suicide bombers, 19-year-old Sharifa, who lost her father in a 2018 suicide attack in Kabul, burst into tears.

"It's like rubbing salt in the wound," she said.

On October 20, Sirajuddin Haqqani, the Taliban's interim interior minister, lauded the "sacrifices" of the suicide bombers, who perpetrated countless violent attacks across Afghanistan during the 20-year US occupation of the country.

At a ceremony in a hotel in Kabul, the minister rewarded the relatives of suicide bombers by offering them cash and land.

Qari Saeed Khosty, a spokesman for the Interior Ministry, said in a tweet that the Taliban could not have returned to power without the help from the suicide bombers.

The Taliban's glorification of suicide bombers angered many Afghans, especially those who have lost their loved ones in suicide attacks.

"When I heard that instead of helping us, they [the Taliban] are praising those who intentionally killed themselves and others, I was heartbroken," Sharifa told DW over the phone.

In 2018, a Taliban suicide bomber targeted the Interior Ministry in Kabul, killing 95 people and wounding at least 185. Sharifa's father was one among the dead.

"Our lives were ruined after the death of our father. My mother and brother became mentally unstable," she said.

Aziz, 56, lost his two sons in a suicide attack near Kabul. In March 2018, an "Islamic State" Khorasan (IS-K) suicide bomber targeted people celebrating "Nawroz," the Afghan New Year, outside Kabul. Among the 26 dead were 24-year-old Mehdi and nine-year-old Rohullah.

"We were planning Mehdi's wedding and graduation ceremonies prior to the bombing," Aziz told DW.

Aziz said his life completely changed after he lost his sons, and that he and his wife are unable to lead a normal life.

"We couldn't eat well. We also plunged into more poverty as we lost the son who had a steady income," he added.

Aziz also learned about the Taliban's ceremony for the families of suicide bombers. "I have nothing to say about it. They took away our sons without a reason. Life has become meaningless to me. They should kill me too," he said.

The Kabul ceremony to honor suicide bombers not only offended the victims' families, it also drew wide-ranging criticism on Afghanistan's social media.

"In the near future, visit a new residential town for suicide bombers in Kabul," Sayed Tariq Majidi, a former investigative journalist, posted a sarcastic message on Twitter. 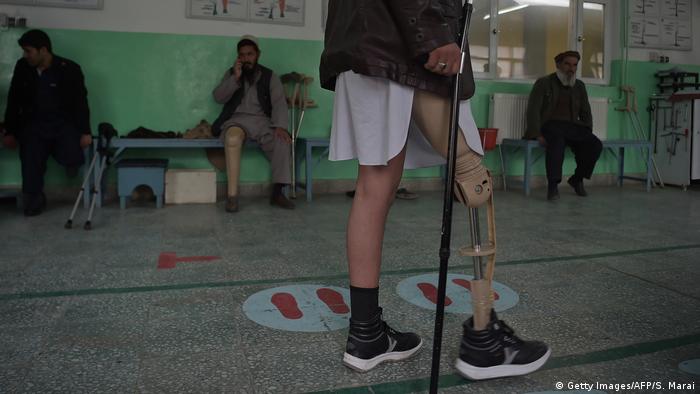 While the Taliban are praising their own suicide bombers, the IS-K suicide attacks pose a major threat to their rule.

The terror group claimed responsibility for the October 15 suicide attack on the Shiite Fatima Mosque in Kandahar, which killed at least 100 people. The attack came a week after a similar assault on a mosque in the northern city of Kunduz that killed around 80 people and wounded dozens.

Mohammad Dawood, who lost many relatives in the Kunduz mosque attack, fears a rise in violence in Afghanistan.

"It is only the beginning. God knows what the future holds!"

Analysts point to a rift within the Taliban leadership over how to run the country. While the hardline factions, including the Haqqani Network, want to take stricter measures, some commanders prefer a "moderate" approach to allay the West's concerns about human rights and free speech.

The Taliban government desperately needs foreign aid amid a worsening economic crisis in the country. At the same time, the Islamic fundamentalist group cannot afford to lose their hardline cadre and fighters, who could change allegiance and join the IS-K ranks. Experts say the celebration of suicide bombers should be viewed in this regard.