Afghan security forces will continue operations against the Taliban following the end of an 18-day unilateral ceasefire. The three-day ceasefire overlap between government forces and the Taliban was unprecedented. 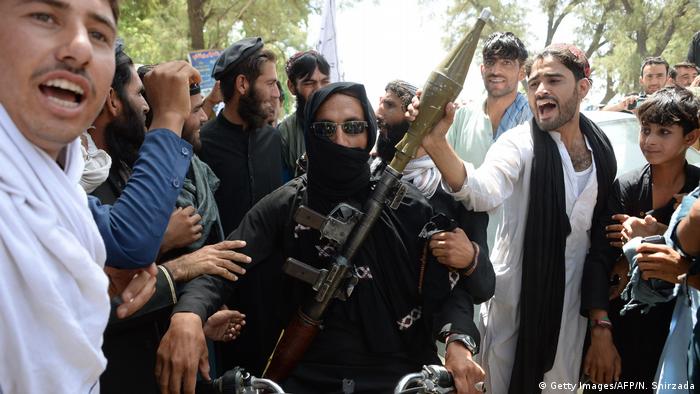 Afghan President Ashraf Ghani on Saturday announced the end of the government's unilateral ceasefire and ordered forces to restart operations across the country.

"The ceasefire is over. The Afghan security and defense forces are allowed to restart their military operations," Ghani told reporters.

The government's ceasefire, which lasted 18 days after it was extended once, overlapped with the Taliban's independent three-day truce for the Muslim Eid al-Fitr festival, which marks the end of Ramadan.

The three days of no fighting were unprecedented in the nearly 17-year conflict.

Ghani said the ceasefire had been 98 percent successful and had shown that the majority of the rebels wanted peace, adding that it was now the "Taliban's turn to give a positive response."

"I am ready to extend the ceasefire anytime when the Taliban are ready," he said.

But after a few days of Taliban fighters openly socializing with government security forces and civilians over Eid, the Taliban's leaders on Sunday ordered its men back to their posts.

The Taliban vowed Tuesday to continue their violent fight against the government and their foreign backers, brushing aside the rising number of civilian casualties.

The ceasefires did not extend to the Islamic State (IS), which has a small but strong presence in the country. IS launched two deadly attacks on ceasefire revelers during Eid.

Trump's withdrawal from the Iranian nuclear deal could have serious implications for ties between Tehran and Kabul, which heavily relies on US support. Will Iran pressure the US by ramping up support for the Taliban? (10.05.2018)