Miners had been illegally digging for gold in northern Afghanistan when the mine collapsed. Illegal mining is common in the resource-rich and war-torn country. 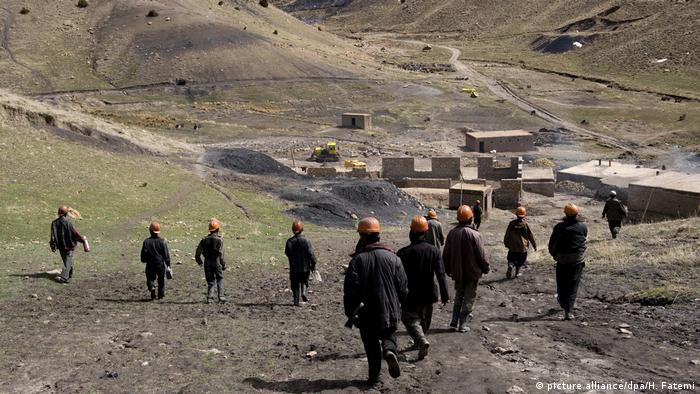 Archive photo of miners in Afghanistan

At least 30 people were killed and seven injured on Sunday when a gold mine collapsed in northeastern Afghanistan, officials said.

The victims were villagers who were mining for gold illegally, according to officials in Badakhshan province. The villagers had dug a 60-meter (200-foot) deep shaft in a river bed and were inside when a landslide caused it to cave in.

About 50 miners were inside when the incident occurred during heavy snowfall. Two rescue teams have been deployed to the scene.

Illegal mining is common in Afghanistan, a country rich in mineral deposits. The Taliban, a jihadist movement fighting to regain control of the country from the Western-backed government, relies on illegal mining for much of its revenue.

Last year, the Afghan government approved two contracts for the exploration of copper and gold deposits in several northern provinces. The move was designed to prevent illegal mining and increase government revenue to make the country less dependent on foreign aid.