Afghan widows are struggling for survival. After their husbands' deaths, the women are faced with rape, poverty and social condemnation. One of them considers her life to have ended before it ever really began. 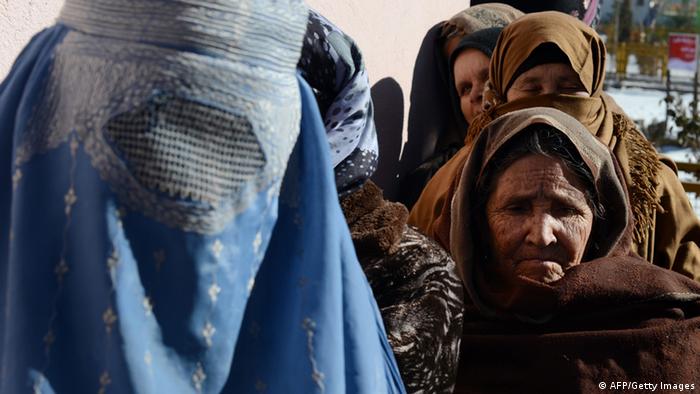 Gulghotay's world fell apart she when heard the news of her husband's death. They had been married for only three months and now he was suddenly dead. But Gulghotay didn't want to lead the life of a widow. She decided to drink a small bottle of acid and end her life.

Gulghotay lives in the eastern Afghan province of Maidan Wardak. She had been doing housework when a bicycle bomb went off in front of a police station in the neighbouring province of Ghazni, killing two people. Seven civilians were hospitalized, among them Gulghotay's husband. He died shortly thereafter from sustained injuries. His death was a shock for Gulghotay, says Mohammad Azim, brother of the young widow.

According to Azim, his sister was very happy with her husband. But now he is deeply concerned about her: "Gulghotay was at home with a friend when she drank the acid," he said. Fortunately, her friend managed to get her quickly to a hospital.

Women pushed "over the edge"

But Gulghotay's fate is shared by many other Afghans. Over the past three decades, thousands of women have lost their husbands or other male relatives during the war. Since they depend on them, the women find it difficult to cope emotionally and financially with the loss and often fall into a state of depression.

The chief physician of the hospital in the city of Ghazni, Mohammad Hemat, says that up to three women are hospitalized every week after attempting suicide. "For the most part, we are dealing with emotional stress and family issues that often push women over the edge," Hemat says. Fortunately for Gulghotay, she was admitted to hospital just in time. "She is now in a good condition in one of our hospital wards," the physician adds. 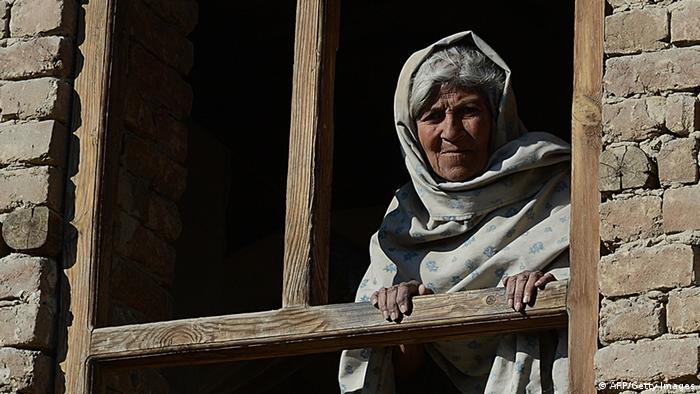 Gulghotay was lucky and will be able to recover. But her physical health is not her main concern. At the young age of 22, she must now continue her life as a widow. It is unlikely that she will find a new husband. According to Afghan tradition, the widow will now get married to her brother-in-law.

"Women prefer to die than to live"

In a country where the future of a woman depends on her husband, widows are often powerless according to Wazhma Frogh, women's rights campaigner and Co-Founder and Executive Director of the Research Institute for Women, Peace and Security.

With the death of her husband a woman doesn't only lose her identity, but also her place in society. "These women actually prefer to die than to live," says Frogh, adding they are not even allowed to continue life as a widow. The campaigner also mentions cases of women being sexually abused by their fathers and brothers-in-law.

There are currently about 2.5 million widows living in Afghanistan, up to 70,000 of them live in the capital Kabul. These women account for almost 12 percent of the entire Afghan population. Most are illiterate and relatively young.

Shajan, from the eastern city of Jalalabad is one of them. She says the only reason she forced herself to go on with life was because of her children. Now she is struggling to lift herself out of poverty. "I don't have a husband who can support and guide me."

Her children are still young and she has a job cleaning at a school where she makes 1,200 Afghani, an equivalent to around 17 euros, a month. "There are almost no jobs. I wish the government would help poor people, particularly widows and those in need of protection," she adds.

However, the Afghan government does provide for widows, Frogh says. When a police officer or a soldier dies in the line of duty, it is not his wife and children who receive monthly financial support payments, but his father. This clearly shows that not even the government recognizes the widows' standing in Afghan society, Frogh explains.

A widow is seen as a bad omen by Afghan society. Gulghotay now faces all these challenges. She will survive and eventually recover, but at what cost? Her family hopes that the suicide attempt was her last one.