Human trafficking, prostitution thrive in Afghanistan | Asia | An in-depth look at news from across the continent | DW | 24.10.2012

Thousands of Afghan girls and boys are trafficked into neighboring countries and sold into slavery each year. Though it is taboo, prostitution is alive and thriving - at the cost of those forced to work in it. 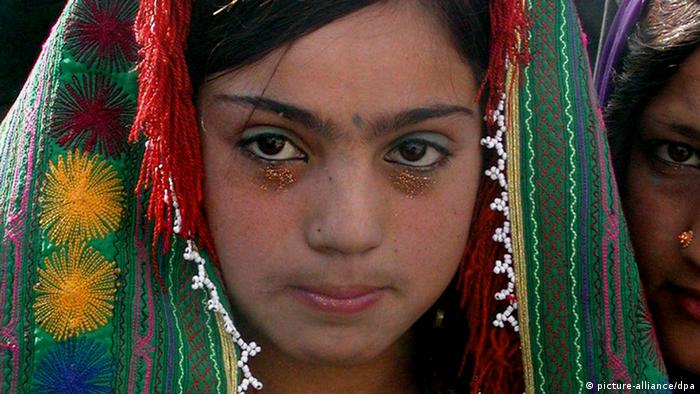 It is the oldest trade in the world and exists in probably every country in the world. Yet prostitution is not a dream job. Most female sex workers are forced to make a living through prostitution.

In conservative Afghanistan, prostitution is illegal. But that doesn't mean that it doesn't exist. Human trafficking is booming - young women are being sold and sent over to neighboring countries, mostly to Pakistan. 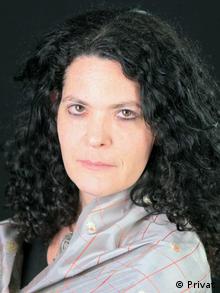 Many people are unaware of just how many women are forced to work as prostitutes, according to Heather Barr of Human Rights Watch's Asia Division.

"HRW did a report that was released in March this year about women in prison for moral crimes. And one of the things that I found really surprising by doing those interviews, was how many women I met, had been forced in prostitution often by their husbands and in-laws."

The reason, she explained, that women were forced into the sex trade by their families was due to poverty and drug addiction - usually of a husband or brother or both. The families often saw women as a source of money and take advantage of it.

Women from Pakistan are also been bought and sold to Afghanistan. Poor or practically non-existing security at the border means criminals smuggling and trafficking goods and people can easily get away with it. When the trafficked people arrive on the other side of the border, they are fully at the mercy of their pimps.

One woman from Pakistan who wished not to be named is now in Jalalabad - far away from her home in Karachi.

"We are poor and helpless. What are we supposed to do? We don't have anything to eat. That's why the "big man" brought us here from Karachi. No one likes doing this work, but I don't have any other choice," she told DW.

The young woman speaks neither of Afghanistan's official languages - Dari and Pashtu. She said she didn't know who to turn to and was afraid of the consequences she would face should she run away and the authority of her pimp, the "big man," as she called him. But he himself also cited poverty as a reason to force women into prostitution. 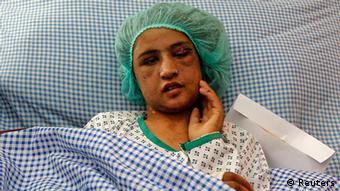 Sahar Gul, 15 years old, was tortured for months by her in-laws for refusing to prostitute herself

"I do this because I am poor and I want to be able to feed my children. I am aware that there are dangerous consequences, harsh punishments for this kind of work - for instance death or being ostracized and other things."

But he insisted he did not force anyone to work - that the women who work for him prostituted themselves because they wanted to.

Prostitution, whether out of one's own will or not, is illegal according to Islamic law. The cleric Nek Mohammad works for the court in the eastern Afghan province of Nangarhar and offers consultations on Islamic law. All forms of position are illegal, he told DW.

"At least four people have to bear witness to the crime. And should the prostitute or the person who buys her be married, then they will have to be stoned. If there are no married people involved, then they receive lashings."

But punishment is not the only thing to worry about. Most of the prostitutes are unaware of sexually transmitted diseases (STDs) such as HIV and do not use condoms. The number of cases of STDs had sharply risen in the past few months, according to Dr. Baz Mohammad Sherzad, head of Nangarhar province's health ministry. 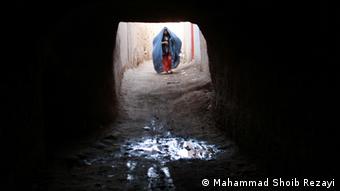 Prostitutes pose as beggars on the streets of Afghanistan

"Our doctors confirm that many young men who have come to us recently have had urinary tract infections and sexually transmitted diseases. If prostitution is allowed then it is no wonder there is an increase in such problems in Nangarhar."

Nonetheless, doctors should promote educational campaigns, said Sherzad. The government should tackle the problem. Yet the government had a whole set of other problems: "Think about child marriage, forced marriage, domestic violence, the sale of women for marriage and other purposes, forced prostitution, self immolation - honestly the government hasn't been dealing very effectively with any of those issues," said Heather Barr.

She said it was unfortunate that there was a lack of political will to solve these issues. Progress was only made very slow.

As of recently, it is now illegal to lock up women for running away from home, which is just a further symptom of the violence and forced prostitution women continue to face in Afghanistan.

The recent attack on an actress in Afghanistan raises the question: will the country once again become one in which music and film are taboo after international forces leave the country in 2014? (19.10.2012)