Afghan refugees are increasingly returning home from Iran, complaining of a lack of prospects and discrimination in their host country. A German organization in Herat is offering a new start, and a new future, to many. 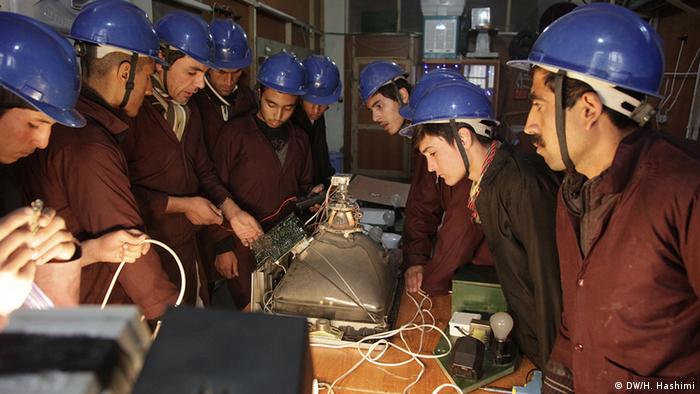 It's loud in the workshop. The numbing sound of an electric machine rings out from some part of the factory floor. A group of young men have their heads together around a table, peering over an array of light bulbs and electrodes in suspense.

When the bulbs finally light up, one young man, Farid smiles. Like many of his contemporaries, the 20-year-old is on an eight-month apprenticeship as an electrician in the west Afghan city of Herat. It's all been made possible by the German development organization Help.

Farid could never have dreamt of an apprenticeship like this in Iran, where he lived for five years as a refugee. There, he had no work and there was no help from the state. 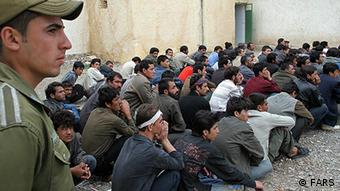 Many Afghans complain they are discriminated against in Iran

"Despite the lack of security in Afghanistan, I am happy to be back in my own country," he said. "The German organization helps us, the unemployed youth. Because of this training, we will be able to find a job later and, what's more, we are also able to do our bit to rebuild our country."

About three million Afghans are currently living in Iran. Most are refugees, many of them children or juveniles. They live in difficult circumstances and are discriminated against, according to Help's Regional Director for Iran and Afghanistan, Alfred Horn.

In Iran, Afghan children cannot go to school because, unlike Iranian children, they would have to pay - and work is hard to come by. Afghans are hired only rarely, Horn maintains.

"Two or three years ago, it was still possible to find work in Iran, but that's no longer the case," said Horn. "The Iranian government has cut back on all the subsidies and prices have tripled. Many Iranians are unemployed as are most of the Afghans. A lot of Afghan refugees want to go home." 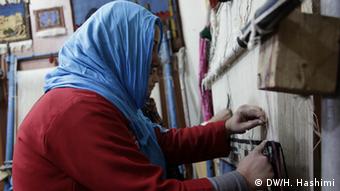 For women, especially, it can be difficult to market their goods

Without any training, most returnees must work as day laborers, Horn says.

"However, if they get trained with marketable skills then, in out experience, they have a 75 percent chance to find a good job."

Some 1,000 returnees, male and female, have trained with Help. Germany and the European Union have made 1.5 million euros available for the project every year. Since the project began in 2005, the organization has trained more than 5,000 people - a quarter of them female.

In the technical training center in Herat, male apprentices can learn to become carpenters, plumbers, bag makers and barbers. Young women can become beauticians, seamstresses and rug weavers. One of the teachers, Ustad Ghulam, has trained about 300 plumbers over the last five years. The trainees, he observes, are very motivated. “Since I have been here, not one of the students has failed.”

Chances on the labor market 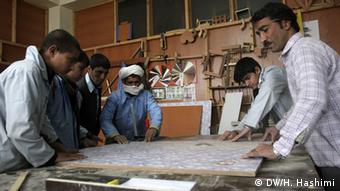 Ghulam is convinced that the training project is having an effect and offers an opportunity to reintegrate into society. "Half of the graduates now earn more money than I do," said Ghulam. "Many of them work on the nearby ISAF air force base at Shindand. Others are taking part in building projects in Herat or have businesses in the city. They are very good at their trades and we still continue to work with them."

Some graduates, however, complain about the poor labor market in many manual occupations. Arif Jalali, a bag-making instructor, explains that the bags that his students produce must be priced to compete with cheaper Chinese products. He claims that most of the bags are sold in Herat are Chinese and are of poor quality.

"Of course, people buy the cheaper products, because they can afford them. The Afghan products don't sell."

Earning the trust of others

Because of this problem, Help is keen to give Afghan producers the chance to market their goods on a long-term basis.

The office in Herat stays in close contact with Afghanistan's Labor Ministry and the Ministry of Refugees and Repatriations and is supported by both. Horn said that women could greatly benefit from the program. 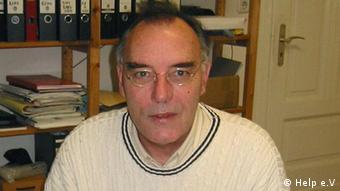 Horn has built up a significant level of trust in Herat

"When selecting applicants, we give preference to women and the disabled," explained Horn. It's not unusual for this to attract criticism from local and religious authorities. Horn has a way of dealing with this. “You have to talk to the eldest and say to them: 'You want your own women to be able to learn something too. You want them to be able to cook and to look after your children well. That is what we are teaching them. Part of it is that they should be able to read and write.'"

He said the project was usually accepted if it was sold in the proper way. Just how much trust Horn has accrued, meanwhile, is plain to see in the fact that he has been made an honorary citizen of the city of Herat.

Ghazni is the capital of Islamic culture in Asia in 2013. However, the security situation means it cannot be reached by tourists. The organizers want to bring the city to people outside instead. (22.01.2013)

The US and the future of Afghanistan

Afghan President Hamid Karzai headed to Washington for talks with US officials about American engagement in his country. The most important issue is what happens after 2014 when international forces withdraw. (11.01.2013)

Is Afghanistan ready for a complete pullout?

For the first time, Washington has publicly announced the possibility that no US soldiers will remain in Afghanistan past 2014. German experts are skeptical that Afghan security will be able to cope without their help. (10.01.2013)