Ghazni is the capital of Islamic culture in Asia in 2013. However, the security situation means it cannot be reached by tourists. The organizers want to bring the city to people outside instead. 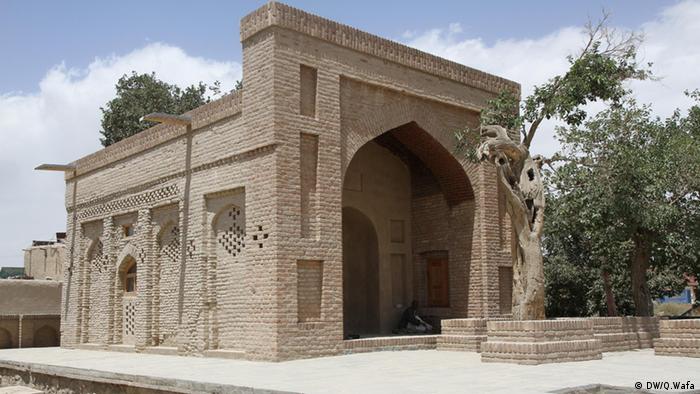 It is thanks to Mahmud of Ghazni (971 -1030) that the city of Ghazni, some 140 kilometers southwest of Afghanistan's capital Kabul on the road to Kandahar, is being celebrated this year. The most prominent ruler of the Ghaznavid dynasty brought together Islam, the Persian language and the Turkish art of war in an empire that once stretched from today's Iran to India.

'"Mahmud of Ghazni turned the city into a thriving capital by inviting artists, writers and scholars from all over Central Asia to the court," Karsten Ley of Aachen University told DW. He is currently working on the restoration of Ghazni as part of a team of urban development experts led by Michael Jansen that has been in the city since 2010.

"This is exactly what we can see as integration of different cultures in the best European sense," he added. 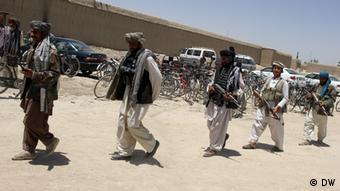 "At first, we were shocked at the condition the wall was in," Ley told DW. The city wall, the citadel and two well-preserved dodecagonal minarets are Ghazni's main historical landmarks. Germany has contributed some 1.7 million euros to their preservation.

"The point of the project is not for us Germans to come here and show people how to restore a city wall," Ley explained. "Our role is to help organize the project and help the people of Ghazni preserve their wall."

"We've consolidated the foundations of about 1,500 meters so that it cannot cave in anywhere," he said.

He was not worried that the 400 builders working around the clock on the project could come to harm. "Suicide bombers tend to seek out bigger gatherings of people and Western forces are not in the city of Ghazni but outside the city walls." 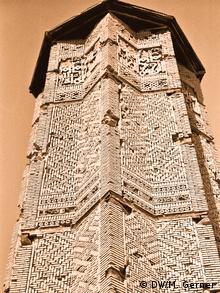 However, the lack of security does mean that Afghans from elsewhere cannot access the city.

"I can't go to Ghazni right now," Arif, a journalist, told DW. "The Taliban are threatening everyone who works with the foreign media or foreigners with abduction or death."

Therefore, Wahidullah Omaryar, the head of a private radio station in Ghazni, has been communicating with the outside world via Skype. "When Ghazni was nominated as capital of culture, everyone was very happy, including me," he said. "The city's history is being revived and the world won't forget us."

But he explained that it had been a long, difficult process and of the 30 planned projects, very few had met the deadline.

The Afghan media recently warned that Ghazni could lose its title of capital of Islamic culture before the celebrations had actually begun in earnest.

"Some 15 million US dollars were transferred to the Afghan authorities for the anniversary," Waidullah said. "I don't know of any project that has been accomplished with this money. There is still no airport without which no visitor can come!" 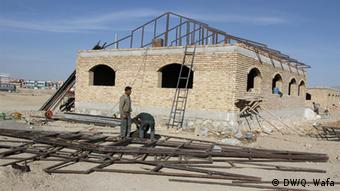 The Center of Islamic Culture is still a work in progress

Ghazni's 140,000 inhabitants were promised better electricity, an Islamic cultural center and 150 kilometers worth of newly-asphalted roads - only 50 of which have reportedly been finished.

The hopes that there would be economic exchange have also been dashed. Arif has little hope that there will be many visitors to Ghazni this year. "There will be a few symbolic delegations. The police and army will be here to protect them. And they will leave again after one or two days."

However, as long as neither Afghans nor foreigners can come to Ghazni, by plane or by land, curators are suggesting the capital of Islamic culture go to them in the form of photo exhibitions, films and videos. This way, Ghazi's name will be revived two thousand years after Mahmud made this city into a cultural landmark.