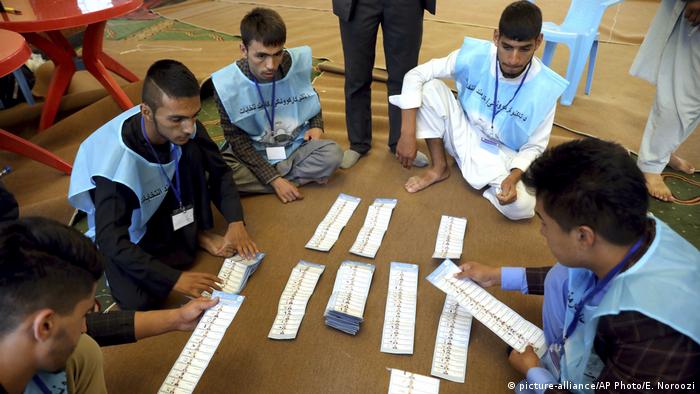 Only about one in five registered voters cast their ballot in the Afghan presidential election on Saturday, according to an Afghan election commission official who requested anonymity.

The unofficial voter turnout estimate of just over 2 million people or about 20% of registered voters solidifies fears that a low participation rate could mar the vote.

The election will decide whether President Ashraf Ghani will win a second five-year term.

Despite tight security, Taliban insurgents unleashed a string of attacks on polling centers across the war-ravaged country.

More than 9.6 million Afghans in the country — with an estimated population of 35 million — had registered for the election, according to the Afghan Independent Election Commission (IEC). About a third of those registered are women.

An initial tally released early Sunday by the IEC showed that with data from slightly more than half the stations, just under 1.1 million people had voted.

If that turnout trend holds, it would represent a participation level of less than 25% — lower than any of Afghanistan's three previous presidential elections.

Authorities heralded Saturday's election as a success because the Taliban were unable to pull off a large-scale attack resulting in high casualty numbers.

But the insurgents managed to conduct a string of bombings at polling stations and launch attacks on Afghan security forces across the country.

According to the Afghanistan Analysts Network, which compiled incidents through various sources, more than 400 attacks had been reported over the course of the election day.

The Taliban claimed to have conducted 531 attacks, while the Interior Ministry said "the enemy" had carried out 68 assaults.

In addition to security threats, turnout was hampered by skepticism about the electoral process.

Previous polls, including the 2014 presidential election, were undermined by widespread allegations of vote-buying, ballot stuffing and fraud.

Read more: Why is the Afghan peace process not moving beyond talks?

Eighteen candidates are registered with the IEC as presidential hopefuls, with the two favorites being current President Ashraf Ghani, and his Chief Executive Abdullah Abdullah.

To win the election outright, a candidate needs 51% of all votes. If no one gets a majority, the top two candidates will face off in a second vote.

The preliminary results should be ready by October 17, nearly three weeks after the election. The final tally is expected to be announced on November 7.

Taliban insurgents have attacked the northern Afghan city of Kunduz, capturing several installations there. Experts say the siege attempt could be aimed at getting the maximum out of the ongoing Doha talks with the US. (31.08.2019)