Actor Willem Dafoe: 'Germany has changed so much'

Willem Dafoe has played a wide array of roles and has been nominated for best supporting actor at this year's Academy Awards, but the actor also has a special connection to Germany. DW spoke with him in Berlin.

DW's KINO hosts Hans Christoph von Bock and Adrian Kennedy met Willem Dafoe while he was in Berlin to receive an Honorary Golden Bear during the Berlin International Film Festival in February. The actor is now up for an Oscar for his supporting role in "The Florida Festival," his third Academy Award nomination.

DW: You've been in Berlin many times. How do you perceive the city?

Willem Dafoe: Well it's all defined so much by the Berlin Wall really. You know, in my mind I think of the pre-wall period, of the wall coming down and this boom period during reunification and then the European Union era. It's the story of Europe; it's the story of post-World War II.

And for me culturally Germany is impressive in its support of culture. Even myself as an American, I benefited from that because when I was with the Wooster Group [Eds. A New York City-based experimental theater company; Dafoe was a founding member], we were produced by a German producer. Those co-productions and touring here was very important. It really helped us survive.

So, that's my connection. I mean, I've met friends here. I've performed here with a theater. I've made movies here. I've been at the Berlinale. So, it's a personal story and then of course Germany has changed so much through the years that I am part of that history.

You've played a wide variety of roles from Christ to Antichrist, lead roles, supporting roles, theater cameo ensemble. How do you choose your roles and how do you choose the projects that you get involved in?

Willem Dafoe:  There's no rule. It's intuitive. I consider the script and the role, but it has a lot to do with the director and the situation. I look at the whole project because I maintain that you don't really know what a role is until you do it. 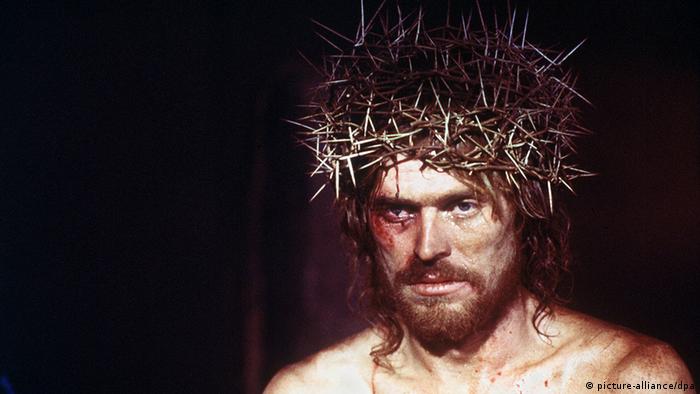 Starring in Scorsese's 'The Last Temptation of Christ'

I understand that you were a little skeptical about playing Jesus Christ in "The Last Temptation of Christ"?

Not really; I was surprised Martin Scorsese wanted me to play Christ because in fact initially I felt it was a strange project for him, even though I knew all of his films had deep, kind of spiritual content in them. But then, when I read the script it was very clear. I didn't feel so skeptical. It was more that the process would be very particular because we have so many ideas of who Jesus is that I had to cleanse myself of those and tried to start from zero.

Your second Oscar nomination came for another unusual role, in "Shadow of the Vampire," a fictionalized account of the making of the German Expressionist horror film "Nosferatu" from 1992. What did you find attractive about this one?

The idea of working with all that make up and also the idea that I would be copying a performance — I had the character created by Max Schreck in "Nosferatu" to work with… Of course it's not purely copying but that's where you start. So, as an exercise, as an adventure, it was very thrilling to me.

One of my favorite movies of yours is Oliver Stone's "Platoon," in which you play Sergeant Elias. It also has one of the most memorable death scenes in movie history. How did you tackle it?

That scene was very simple action — I mean, "run for your life." I knew where the explosions were; all of the cameras were either remotely operated on the ground or they were up in the air. So, I had no crew near me, I was in the middle of the jungle with many extras behind me. And when I was ready there was a hidden walkie-talkie on me and I'd say "OK, go" and I'd just run. I had to detonate my own explosions on my body and I knew where the explosions were. So it's really a very simple action but it's an action that we can all relate to — running for your life being chased by 500 people shooting at you. 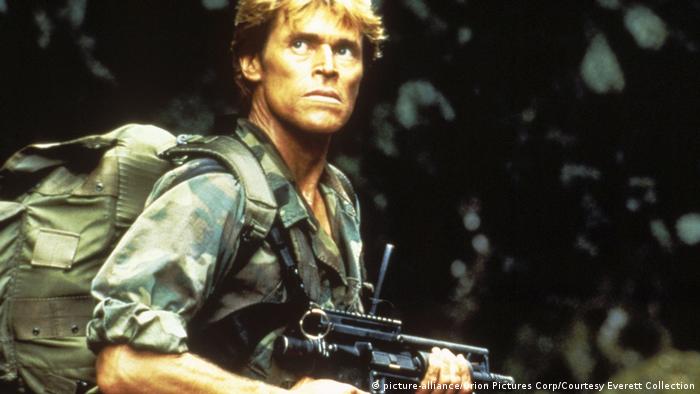 You now picked up a third Oscar nomination for best supporting actor for your role as Bobby, the motel manager in "The Florida Project," a low budget movie, with non-actors and children. What was the appeal of this project?

Sean Baker works this way; he likes to mix actors with non-actors, professional actors with first timers, children. I knew we would be filming in the actual location where the story takes place, so it would also be the story that we're telling is about a world that exists of basically the hidden homeless - people living long term, temporarily in this budget motel in the shadow of Disneyland. 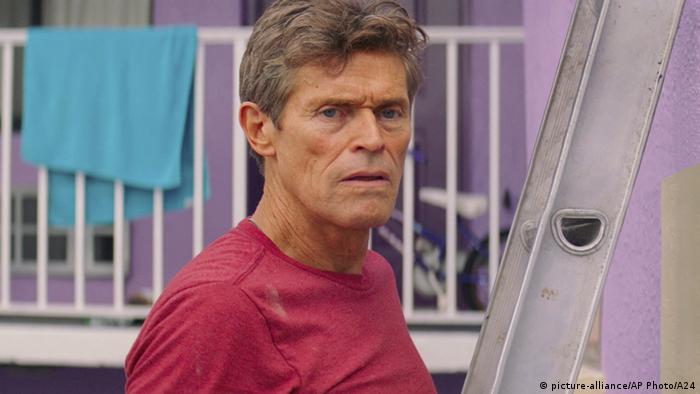 His latest Oscar-nominated role: Willem Dafoe in 'The Florida Project'

For me it was a challenge to be able to pass as a non-actor, meaning that when people watch the movie they have to forget I'm an actor. That's sort of always the case but in this case it was a particular challenge.

Is the new beard for your next role?

It's for my next role, yeah. I play a lighthouse keeper and I want to look as old as I can. And it's 1890, so a beard is appropriate for the period, yes.

You were awarded this lifetime achievement but as we just heard, you won't be taking it easy. Are there things that you still want to achieve with your film work? Are you still ambitious?

Many things. Oh, I'm still ambitious. I'm still curious. You know, you chase these moments where you're clear and when you sort of melt in the material, and I just want to continue to do that but it's like to connect the moments. Sometimes in a performance I feel these moments but my aspiration is to connect them all.

Read more: The history of the Oscars

Every Academy Award ceremony has more losers than winners. These five European icons of film history were nominated for the coveted US award, but never won it. (27.02.2018)

Director Katja Benrath has been nominated for an Oscar for her award-winning short film, "Watu Wote: All of Us." She spoke to DW about the universal message of her film, the #MeToo movement — and Hollywood's good side. (31.01.2018)