"The Shape of Water" and "Dunkirk" are well-represented among the Academy Award nominees, and "Call Me By Your Name" is up for best picture. The awards will be presented on March 4 in Los Angeles.

Academy Award nominations for best picture include the coming-of-age romance "Call Me by Your Name," war thrillers "Dunkirk" and "Darkest Hour," as well as "Get Out," "Lady Bird," "Phantom Thread," "The Post," "Three Billboards Outside Ebbing, Missouri" and "The Shape of Water." 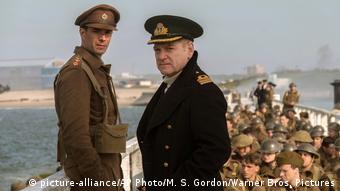 War film "Dunkirk" is up for 8 awards

The cascading fallout of sexual harassment scandals throughout Hollywood put particular focus on the best director category, which for many is a symbol of gender inequality in the film industry. Female nominee Greta Gerwig follows only a few previous women nominees in the category: Lina Wertmuller, Jane Campion, Sofia Coppola and Kathryn Bigelow, the sole woman to win (for "The Hurt Locker"). 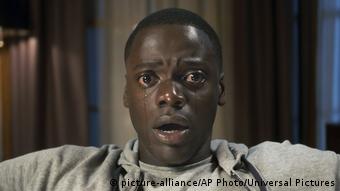 A still from "Get Out," whose director Jordan Peele was nominated for best director

Nominees in the best actress category include Sally Hawkins in "The Shape of Water," Frances McDormand in "Three Billboards Outside Ebbing, Missouri," Margot Robbie in "I, Tonya," Saoirse Ronan in "Lady Bird" and of course Meryl Streep in "The Post."

The best actor nominees include Timothee Chalamet for his role in "Call Me By Your Name," Daniel Day-Lewis in "Phantom Thread," Daniel Kaluuya in "Get Out," Gary Oldman in "Darkest Hour" and Denzel Washington in "Roman J. Israel, Esq." 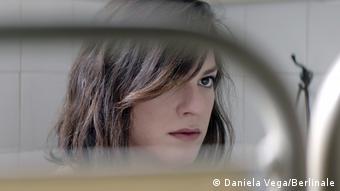 The Chilean film "A Fantastic Woman," about the tribulations of a transgender woman, was nominated for best foreign language film

Oscar nominees for best foreign language film include: Chile's "A Fantastic Woman" about the tribulations of a transgender woman, Russia's "Loveless," Lebanon's "The Insult," Hungary's "On Body and Soul" and Sweden's "The Square."

Nominated for the award for best supporting actress were Mary J. Blige in "Mudbound," Allison Janney in "I, Tonya," Lesley Manville in "Phantom Thread," Laurie Metcalf in "Lady Bird" and Octavia Spencer in "The Shape of Water."

Airing on March 4, the Academy Awards will be hosted by Jimmy Kimmel for the second time.

His film "In the Fade," which confronts the horror of far-right extremist attacks in the mid-2000s, has won a Golden Globe and is nominated for an Oscar. Here's a look at German director Fatih Akin's work. (08.01.2018)

African stories on movie screens around the world

Moviegoers rarely get the chance to watch African films. But that may be changing as DW Akademie is helping African filmmakers gain international exposure. One of the productions is striving for an Oscar. (23.01.2018)