Defectors from North Korea tell of slaves forced to labor in mines to earn hard currency for the regime, but so far Pyongyang has evaded international sanctions because minerals are not covered by UN resolutions. 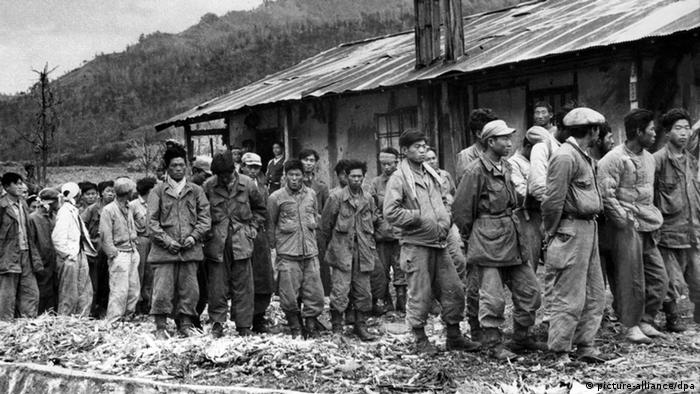 A Japanese campaigner for human rights in North Korea has written to Michael Kirby, the chairman of the United Nations Commission of Inquiry looking into allegations of abuses perpetrated by Pyongyang against its own people, and called for strict controls to be imposed on the regime's exports of minerals.

Ken Kato, director of Human Rights in Asia and a member of the International Coalition to Stop Crimes Against Humanity in North Korea, told Deutsche Welle that the world should monitor the sale of minerals from North Korea in the same way as conflict diamonds - or "blood diamonds" - from the warring states of Africa are traced.

Cutting off exports of coal, magnesite and other minerals from the reclusive state would reduce the North Korean government's income - which is largely spent on its nuclear weapons and ballistic missile development programs, as well as luxury products for the social elite - as well as potentially halting the use of men, women and children as slave laborers.

Defectors and escapees from political prison camps have testified in recent hearings that inmates are worked to death or are killed in accidents. 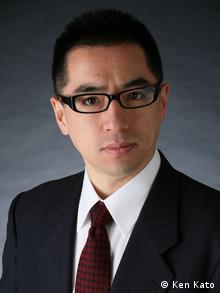 "The human rights conditions in the North Korean mining industry are absolutely deplorable," Kato said. "According to the US State Department, between 150,000 and 200,000 people are held in detention camps in remote parts of the country and are forced to work in the mining, farming or logging industries.

"They endure severe conditions, including little food or medical care, and brutal punishments," he said. "Not many survive."

In October, Kirby told reporters that he had been "moved to tears" by some of the testimony he heard about human rights abuses in North Korea.

"I am a judge of 35 years experience and I've seen in that time a lot of melancholy court cases which somewhat harden one's heart," he said. "But even in my case, there have been a number of the testimonies that have moved me to tears."

The commission is scheduled to release its report in March 2014, although its impact is likely to be limited as North Korea is not a member of the International Criminal Court.

Pyongyang has also dismissed the commission as a "political plot" designed to undermine the legitimate North Korean government. Despite repeated requests for access to North Korean prison camps, no investigators have been permitted to enter the country.

To learn about conditions in the North, the commission has held hearings in Seoul, London and New York.

One of the most famous defectors is Shin Dong Hyuk, who recounted his experiences in "Escape From Camp 14" and told of being sent to his first coal mine at the age of 10.

Kim splurges on vanity projects while his people go hungry

Kim Jong Un's grandiose and expensive schemes that solely benefit the regime’s elite are bleeding impoverished North Korea even drier. The new leader appears even more keen on vanity projects than his father. (01.11.2013)

Fighting in the Korean War war ended 60 years ago. Meanwhile, North and South Korea have grown further and further apart. For the 25,000 North Koreans who've defected to the south since 1953, fitting in is a challenge. (26.07.2013)

Shin tells of being forced to load coal into ore cars and then pushing them uphill to a collecting area. On one occasion, one of the other children working with him slipped and had a toe crushed by the car.

The girl had her toe crudely amputated without anesthetic and treated with salt water, Shin said.

Kato has been forced to approach the human rights commission after being rebuffed by companies doing business in North Korea and government officials.

In 2011, for example, Kato contacted the Swiss government to bring its attention to the fact that Quintermina AG has been purchasing magnesite from North Korea and selling it within the European Union. Kato claims that the Swiss firm was working in partnership with Sungri Trading Corp., which is cited by the Japanese government as a North Korean company involved in the procurement or development of biological, chemical and nuclear weapons, as well as missile components. 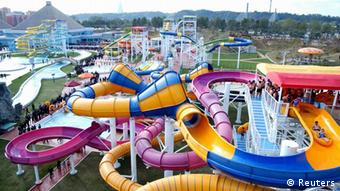 In a reply from Johann Schneider-Ammann, the Swiss minister of economics, Kato was told, "The purchase of magnesite is not prohibited by UN sanctions if the parties involved are not designated by the UN Security Council or 1718 Sanctions Committee."

Kato insists that this is the sort of loophole that the North Korean regime is exploiting to continue earning hard currency through the slave labor of its own people.

"If people in the West realized that North Korean blood minerals are produced by child slaves working in the most terrible conditions, I am sure everyone would support a ban on imports," he said. "Even China would not be able to withstand that sort of international public anger."

North Korea teeters on the brink of famine as winter approaches 10.11.2021

India's foreign minister had to pull out of G7 talks after he was possibly exposed to the coronavirus. The pandemic was high on the list as G7 foreign ministers continued with their first face-to-face meeting in years.