PM Shinzo Abe's recently unveiled "third arrow" of his economic reform plan is a step in the right direction, although it is still unclear whether the government will be able to implement them, experts say. 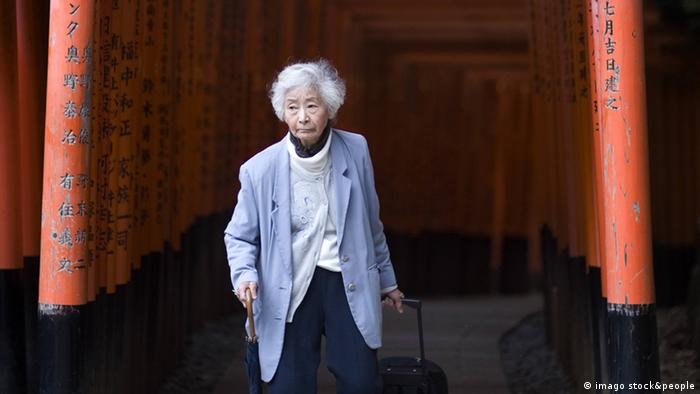 As part of his attempts to revitalize the economy and boost GDP growth rates, Japanese Prime Minister Shinzo Abe announced the third plank of his economic reform agenda - dubbed "Abenomics" - on Tuesday, June 24.

The so-called "third arrow" aims to tackle structural challenges facing the world's third largest economy such as the country's ageing population. It also foresees measures to cut the corporate tax rate from its present level of 36 percent to less than 30 percent, increase the proportion of women in the workforce by expanding inexpensive day-care centers for children, and reform the nation's corporate governance laws, among others.

"The mission of Abenomics is to rev up a positive economic cycle and make Japan's economic recovery felt in every corner of the country," Abe said on Tuesday, adding that "we will break through whatever barriers there are to unlock the potential that the Japanese economy has."

Abenomics getting mixed reviews after one year

But many analysts believe the "third arrow" is crucial for Japan to become competitive in the global marketplace.

Japan is facing formidable challenges such as having one of the biggest debt-to-GDP ratios in the world and a rapidly ageing society.

In order to overcome these problems, the country "needs to encourage more entrepreneurship, more innovation, and more flexibility in the workplace," says Shihoko Goto, Northeast Asia associate at the Washington-based Woodrow Wilson International Center for Scholars.

Although the latest plans are a step in the right direction, it is still doubtful whether they are enough to continue Japan's economic upswing in coming years, and whether the Abe government will actually be able to implement them, the expert added.

One of the central elements of Abe's latest announcement is a cut in the corporate tax - which was welcomed by the business community - aimed at raising corporate earnings and prompting firms to pivot their huge piles of cash to investment in new projects.

However, there are concerns over the impact of the tax cut on the government's revenue and on the national debt. Japan has to maintain a balance between government spending and tax revenues, and Abe has to explain to the people that spending and tax revenue are a combination and should not be seen in isolation, Naoyuki Yoshino, dean of the Asian Development Bank Institute (ADBI), said in a DW interview.

The economic agenda also includes reforming the 1.26 trillion USD government pension investment fund in a way that it would participate more actively in the stock market.

At the end of 2013, Japan’s economy grew at a slower pace than initially forecast, raising concerns that Prime Minister Shinzo Abe’s economic reforms are losing steam. The plan has also caused a record trade deficit. (10.03.2014)

Nevertheless, in order to achieve sustainable growth, Asia's second largest economy also needs to undertake painful measures including opening up the highly protected sectors - like agriculture - which will be strongly opposed by powerful lobbying and vested interest groups in the country, say economists.

Reforming Japan's food and agricultural sectors will take time as the country has associations of farmers who exercise very strong political influence, said economist Yoshino. Some analysts say the Asian nation needs to enter into agreements such as the Trans-Pacific Partnership (TPP) to pave the way for reforms which could then be blamed on foreign pressure. But Yoshino cautioned that the government should take a gradual approach, rather than enter hastily into free trade agreements.

One of the biggest problems facing the nation is ageing and a declining population. While Japan's population of 127 million is expected to drop to about 87 million by 2060, PM Abe has promised to stabilize it at around 100 million, representing a 20 percent fall, over the next 50 years.

In order to cope with the challenge, the government wants to increase the incentives for women to enter the labor force and work outside the home. Furthermore, Tokyo pledged to raise the number of highly skilled foreign workers.

According to Northeast Asia expert Goto, however, opening the doors to more immigration and having more women join the workforce will have serious implications for the country's future; requiring fundamental changes in the family, the workplace, schools, and the broader community.

"There is fear that such changes will lead Japan to fall down the slippery slope confronted by the United States and Europe, which face the challenge of dealing with the downside of two-income households and absorbing high number of immigrants," she told DW. 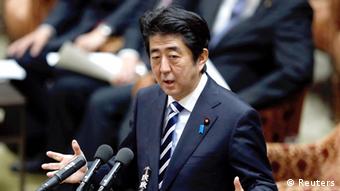 Yoshino argues that Japan is not short of labor force as there are a lot of young women who can work. The economist also believes immigration is unlikely to solve the nation's problems, citing the failure of a program involving Indonesian nurses who found it difficult to learn the Japanese language and hence could not communicate properly.

Many observers are of the view that the Japanese want to maintain the status quo rather than embrace change and the new challenges it brings.

But Goto says structural reform "is a painful medicine that Japan needs to swallow, and now is the time to move forward with it proactively. That urgency, however, may not be shared by a vast number of Japanese voters."