Since assuming office at the end of 2012, Japan's new prime minister has started conducting a diplomatic offensive to counteract China's influence in the Asia-Pacific region. 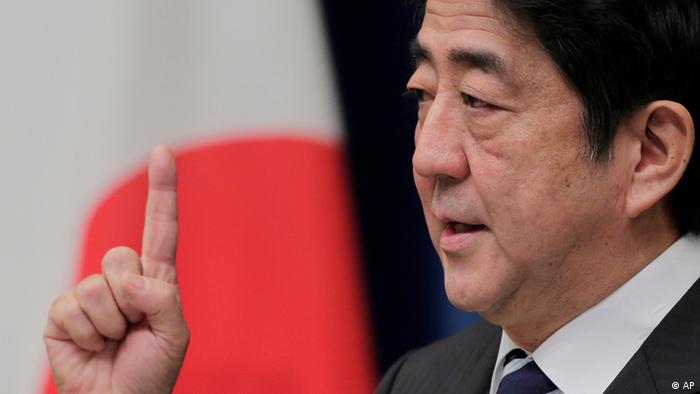 It is usually traditional for a new Japanese prime minister to make his first foreign trip to the US, but Shinzo Abe broke with tradition and made his first trip to Southeast Asia. After his finance minister went to Myanmar, and his foreign minister went to Singapore, Brunei, Australia and the Philippines, Japan's new head of state set off for Vietnam, Thailand and Indonesia.

This diplomatic offensive is an indication of the new Japanese administration's growing economic and strategic interests in Southeast Asia. Abe wants to curb China's growing military and commercial clout in the region. He wants to expand Japan's maritime competence and combine it with the country's economic strengths. 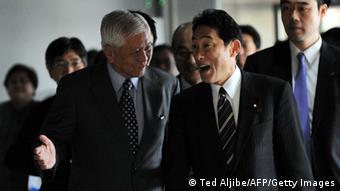 "Currently, the strategic environment in the Asia-Pacific region is going through a dynamic change," he said ahead of his four-day trip. "During this change, having closer relations with ASEAN countries contributes to the region's peace and stability and is in Japan's national interest."

Last year before the elections, Abe outlined his ideas about national security in the Asia-Pacific region in an essay that received little attention. An English translation was published by Project Syndicate at the end of the year. The hawkish politician argued for more assertiveness in foreign policy, more confrontation than reconciliation.

His core idea is to form a “democratic security diamond” and thus curtail China's strive for hegemony. "I envisage a strategy whereby Australia, India, Japan, and the US state of Hawaii form a diamond to safeguard the maritime commons stretching from the Indian Ocean region to the Western Pacific," he wrote. "I am prepared to invest, to the greatest possible extent, Japan's capacities in this security diamond."

Abe also proposed to expand cooperation with India in business and defense, saying that the two countries should "join together to shoulder more responsibility as guardians of navigational freedom across the Indian and Pacific Oceans." He also admitted that he had "failed to anticipate that China's naval and territorial expansion would advance at the pace that it has since 2007." 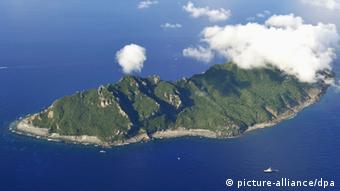 Although uninhabited, the Senkaku / Diaoyu Islands are a cause for great tension

"Increasingly, the South China Sea seems set to become a 'Lake Beijing,' which analysts say will be to China what the Sea of Okhotsk was to Soviet Russia: a sea deep enough for the People's Liberation Army's Navy to base their nuclear-powered attack submarines, capable of launching missiles with nuclear warheads. Soon, the PLA Navy's newly built aircraft carrier will be a common sight - more than sufficient to scare China's neighbors."

The Senkaku Islands in the East China Sea, which China calls the Diaoyu Islands and lays claim to, were also mentioned in Abe's analysis. He warned that by the seemingly ordinary presence of law-enforcement vessels in the region, "China seeks to establish its jurisdiction in the waters surrounding the islands as a fait accompli."

"If Japan were to yield, the South China Sea would become even more fortified," he insisted.

As he sought partners in Southeast Asia with a similarly critical view of China, he argued along similar lines. He presented the five principles of his ASEAN policy in Indonesia - most were indirectly aimed at Beijing.

"The first is protecting freedom of thought, expression, and speech in this region where two oceans meet. These are universal values that humanity has gained and they must be allowed to flower to the fullest." 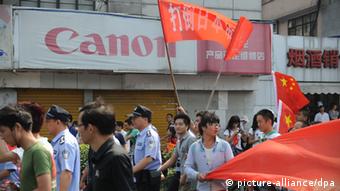 "The second is ensuring that the seas, which are the most vital commons to us all, are governed by laws and rules, not by might."

"The third principle is pursuing free, open, interconnected economies as part of Japan's diplomacy. We must secure the power of networking by bringing our national economies closer together through flows of trade and investment, people, and goods."

Abe's diplomatic offensive has not gone uncriticized in China but has also raised concern in the US. Last week, Assistant Secretary of State for East Asian and Pacific Affairs Kurt Campbell called for calm during a trip to Tokyo: "We've made very clear our desire to see cooler heads prevail and the maintenance of peace and stability over all."

His remarks came after a comment by Japanese Foreign Minister Fumio Kishida that China was responsible for the escalation of tensions.

Though Japanese products and businesses took a pounding at the hands of angry Chinese mobs over the debate over a handful of islands in the East China Sea last year, experts do not see any long-term effects. (11.01.2013)

Prime Minister Shinzo Abe's Liberal Democratic Party swept back to power on Sunday with a clear mandate to take off in a more nationalistic direction. But how broad-based is Abe's support among the electorate? (18.12.2012)