David Bowie passed away a year ago on January 10, followed by other iconic stars, such as Prince and Leonard Cohen. Some hyperbolically declared 2016 "the year music died." Is there any truth to the "curse of 2016"?

Death won't spare anyone; even the most outstanding artists must leave us some day, unfortunately. But the deaths of several icons of popular music in 2016 and the ways in which they died have hardly left anyone unmoved.

In the early 1980s, it was still mostly the greats of jazz, blues and classical music, who typically died of old age - when death is seen as a natural phenomenon and unavoidable fate. But even back then, when it came to the deaths of pop icons it was rarely down to natural causes that they passed on: John Lennon was shot in 1980, AC/DC frontman Bon Scott died of alcohol poisoning, and Joy Division singer Ian Curtis committed suicide at the age of 25. 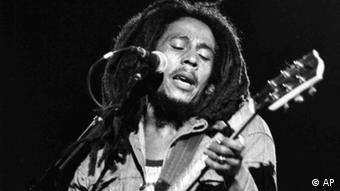 Bob Marley, one year before he died, at the age 36

This string of untimely deaths continued throughout that decade: Reggae star Bob Marley died of cancer, Marvin Gaye was killed by his father in 1984, Metallica bassist Cliff Burton died from an accident on a tour bus. In the 1990s, Queen singer Freddie Mercury died from Aids in 1991 while Kurt Cobain committed suicide in 1994, and Austrian national treasure Falco died in a car crash while high on cocaine.

Obituaries as a way of evidence

Celebrity deaths appear to be on the rise. Someone who first noticed this trend is BBC editor Nick Serpell. He is in charge of preparing the BBC's obituaries of famous personalities, who due to their age or progressive disease are expected to possibly die soon. Serpell noticed that during the last few years, his number of obituaries had rapidly increased. He called the doubling of obituary numbers from 2015 to 2016 "phenomenal."

Serpell's explanation for these numerous deaths of musicians is quite simple: Rock stars only came into existence in the past 60 years. They were born in the 1940s, 50s and 60s - meaning that slowly but surely they are reaching an age where people may die.

As part of the baby boomers, there simply are more famous people coming from that generation than those who preceded them. At the same time, the bar for qualifying as a celebrity got significantly lower over the decades as well, as more and more talented (and some not-so-talented) performers celebrated their break-through moments in showbiz.

"There are also more famous people than there used to be," Serpell said in an interview on the BBC. These people are the ones who seem to start to die now. 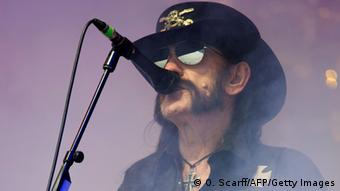 In spite of his lifestyle, Lemmy Kilmister reached age 70

Musicians have a shorter life expectancy

Dianna Theadora Kenny, a professor of music and psychology at the University of Sydney, investigated the deaths of more than 12,600 renowned musicians between the years of 1950 and 2014. Kenny looked into the age, gender, and cause of death in each instance, and upon analyzing her data found out that the life expectancy of a male US rock star is 25 years shorter than that of the average US population.

That dramatic difference might at least partly be due to the pressure and psychological problems that come with such demanding lifestyles, which often lead to substance abuse at some point of their careers. The highly explosive mix of glamour, luxury, rebellion, pressure and creativity can easily become too much for even the toughest in the business.

After evaluating her findings, Kenny felt she needed to tackle another persevering myth when it comes to the deaths of celebrities - namely the so-called Club 27: a small group of musicians who all died at the tender age of 27. Many people believe that a "curse" of sorts is behind these untimely deaths - a fanciful theory that Diana Kenny managed to debunk.

Kenny said she found out that the numerous deaths clustering together at the age of 27 are purely coincidental. A more relevant "death club," according to Kenny, should be the "Club 56," as that is the age when most rock musicians kick the bucket. Kenny discovered that a total of 239 musicians had died at the age of 56, whereas only 144 died aged 27.

Still, the myth of the "Club 27" is rather self-explanatory on many levels: Each "member" of this not-so-enviable club happens to be a cult figure; what they all have in common is that they were highly adored by young people of their own generation, who went as far as erecting altars for them when they died - a practice that continues to this day.

Collective, inter-generational grief on the internet

While those musicians mainly left a mark on their own generations, the deaths of 2016 bridged several generations of music lovers in their grief. Within a short period at the beginning of the year already, three major musicians passed away: Lemmy Kilmister, David Bowie and Prince. Not only had they left deep and lasting impressions on those who grew up with them, but attracted other generations, Generation X and the Millennials, into their following as well.

Social media, in particular Facebook with its 1.7 billion users, also add to the impression that 2016 seemed to be a year of death. Every time a famous person died, news spread like wildfire - as do related comments on social networks.

Following Prince's death, German comedian Carolin Kebekus posted a message saying that God was putting together a great band in heaven. Thousands of other people around the world expressed and shared similar sentiments in many other languages, over-dramatizing and amplifying an already sad and somber occasion with references to poetic or even prophetic song lyrics of these great musicians.

The same thing happened when newspapers like the German daily "Tagesspiegel" wrote that 2016 was "the year in which music died." Once such phrases or slogans start spreading, they seem to continue to do so until they are regarded as facts. 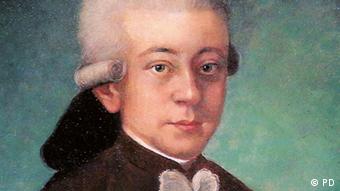 During his time, Wolfgang Amadeus Mozart was something like a rock star

Nevertheless, music does not die with the person who composed it. The proof for that is that orchestras around the globe still play Mozart operas and Beethoven symphonies. That's where fans and music lovers can find some form of consolation, as the current trend is only likely to continue with further celebrities reaching old age.

The music of Prince, Michael Jackson and Kurt Cobain is likely to survive in the same manner as well. Songs like "Space Oddity" by David Bowie, "Bohemian Rhapsody" by Freddy Mercury, or "Hallelujah" by Leonard Cohen are already among the greatest songs of the century, songs that became part of music history. And those who will write such lasting songs in the future may not even be born yet.

No, 2016 has not been a sinister and cursed year for music. It was still a sad year for many music fans, who have every right to mourn the loss of their idols - until a new one comes along.

And if that's not enough consolation, there's this message from British singer James Blunt on Twitter, humorously warning people that if they thought 2016 was bad, they should be warned that "worse" can still come: He is apparently planning to release a new album in 2017.

Lemmy, Bowie, Rickman, and Frey. Four men - musicians and actors - dead in the space of a few weeks. Three died of cancer, and all were a similar age, but relatively young. Men, it's time we got tested. (19.01.2016)

Auction house Sotheby's has completed the two-day sale of artworks and design items belonging to the late musician and collector David Bowie. The proceeds, which will go to Bowie's estate, totaled $41.1 million. (12.11.2016)

"Lemmy" Kilmister, the legendary frontman of heavy rock band Motörhead, has died at the age of 70. One of rock and roll's great survivors despite a hard-partying lifestyle, he inspired generations of fellow musicians. (29.12.2015)

Musicians who have died in 2016

Many famous musicians have died in 2016. The only consolation for many grieving rock and pop fans is the fact that their music lives on. (09.01.2017)