A world without Beethoven? A new DW film explores his influence today

From rock to jazz, the composer left his mark on today's music, often in surprising places. Sarah Willis dives into the topic in a new DW documentary. 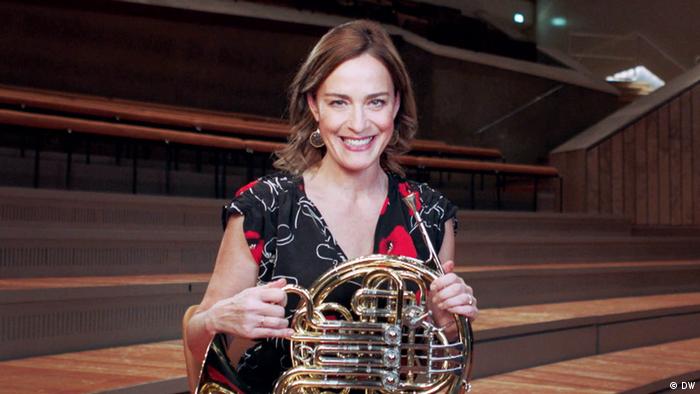 Sarah Willis, a French horn player with the Berlin Philharmonic, meets musicians all over the world to discuss the legacy of Beethoven

A world without Beethoven? For DW presenter Sarah Willis, it's simply unimaginable — not in the least because Beethoven wrote such fantastic solos for the French horn, as she says. A French horn player with the Berlin Philharmonic, Willis asked international musicians, managers, composers and experts what today's musical world would be lacking if it weren't for the innovative composer Ludwig van Beethoven.

Divided into seven chapters, the DW film A World Without Beethoven? sheds light on the influence the composer had on the concert business, on musicians, and even on popular music. 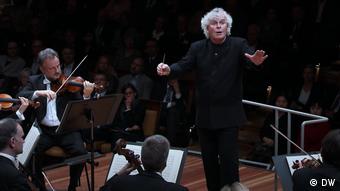 The film is the final installment of a three-part film series released on the occasion of Beethoven's 250th birthday. The previous DW films are Beethoven's Ninth: Symphony for the World and  The Sound of Nature.

All three documentaries focus on the musical legacy that the composer left behind and his global influence. A World Without Beethoven? aims to explores Beethoven's innovative genius as a composer who pushed musical boundaries and critically examined the society of his time.

"It's a commonplace to say, 'Beethoven was an innovator and changed the world.' I wanted to see what's still there today, what influence he still has today," said DW director Martin Roddewig, who came up with the idea for the film.

He wanted to move away from discussing the topic only with classical musicians, who have long been familiar with the composer's pieces in their repertoire. "I wanted to ask musicians who come from current musical genres — like jazz, pop, rock, or film music," he explained. Roddewig's film does not describe a world without Beethoven, but rather explains the composer's importance for future generations.

The film project was supported by the BTHVN 2020 Beethoven Anniversary Society and funded by the Federal Ministry through the Federal Commissioner of Culture and Media, Monika Grütters. The first part of the 90-minute documentary can be seen on DW TV on September 16; part two will follow on September 23. Starting September 16, the full-length film will also be available on the streaming service Amazon Prime.

The succinct, catchy guitar riffs found in rock music might not be the first musical elements one associates with the classical composer, yet this is one connection Sarah Willis discovered between Beethoven and rock legends of the 60s and 70s. The simple concept of using four opening notes, as in Beethoven's Fifth Symphony, are still inspiring musicians of all genres today. 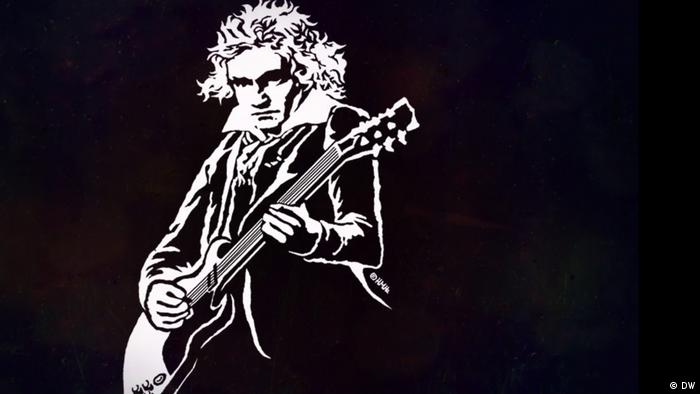 Would Beethoven have played the electric guitar if it had existed in his lifetime?

Many well-known bands have found fame using just a few notes in their distinctive guitar riffs — even if they didn't necessarily think of the connection to Beethoven.

Ian Anderson of the band Jethro Tull says we have Beethoven to thank for many famous riffs. Anderson's hit song "Locomotive Breath," for example, only uses four notes. For him, Beethoven was clearly a rebel, unafraid to think outside the box: "I think if Beethoven were alive today, he would be the guy who gets really dirty in the mud with his dirt bike. That's how I imagine Beethoven would be," Anderson told DW.

For Rudolf Schenker, guitarist of the Scorpions, it is clear that Beethoven's Fifth Symphony motif is the mother of all rock riffs, at least in Europe. The guitar riffs with melody that Schenker wrote for his band have made the Scorpions world-famous. "We are shaped by the classical music in such a way that we have a melody and a certain rhythm. Classical music is in our genes," he says in the film before jamming with Willis. 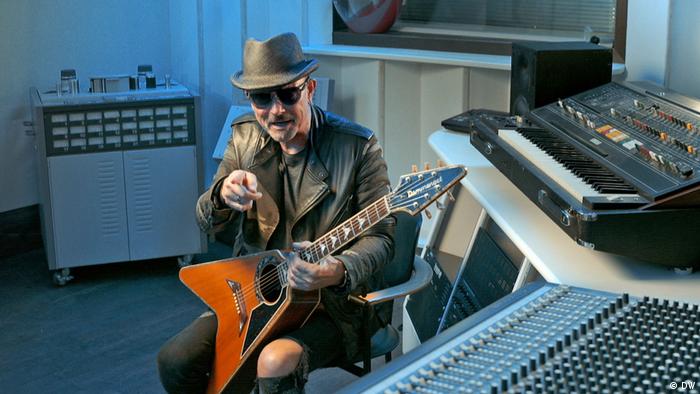 Beethoven was a multifaceted composer. He was a revolutionary whose symphonies set new standards, as well as a pioneer of musical romanticism. He even created the first "concept album" in a sense: He was the first major composer to create a song cycle (To the Distant Beloved, 1816). Beethoven was also a master of improvisation. In the film, Willis finds traces of Beethoven everywhere, including in today's music.

Beethoven's influence seems ubiquitous, despite the composer having been born 250 years ago. His Ninth Symphony is the European Union anthem and has become a symbol of freedom and solidarity, despite having been coopted for different purposes in the past. The Nazis once used Beethoven's works in their propaganda.

Beethoven and the Jazz 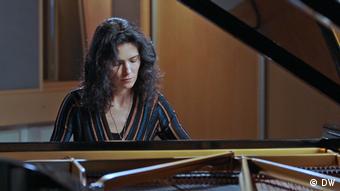 Beethoven's contemporaries did not always understand his oeuvre, and his late works in particular, are rife with mysteries. After all, cascading piano parts, syncopated rhythms with dotted 16th notes are not exactly what one would expect to find in a classical composition. For the jazz world, however, these are familiar elements. In fact, Beethoven's final piano sonata, Op. 111, has been called the "boogie-woogie" sonata.

Wynton Marsalis is not only a well-known jazz trumpeter, composer, and the artistic director of Jazz at Lincoln Center in New York City, he's also a Beethoven fan. Sarah Willis visited him at Lincoln Center where they discussed his interest in the composer.

One of his favorite works is Beethoven's String Quartet No. 16 in F, Opus 135 thanks to its heavy syncopations. "He understands the count three in an environment of two, which comes from African music" said Marsalis. He was probably inspired by African music, which came to him "through Middle Eastern music, what they would call Turkish music," explained the jazz musician. 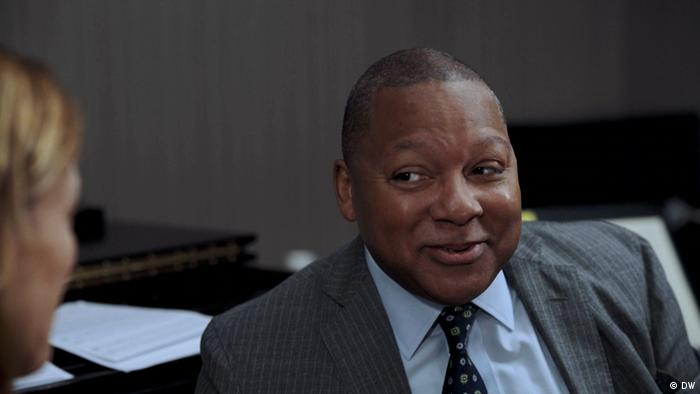 Sarah Willis was impressed that a jazz luminary was interested in discussing Beethoven's late string quartets — and could even sing the melodies. "That was a great gift with this project, that you could sit next to such legends and share their enthusiasm," said Willis. She loved seeing Marsalis' eyes sparkle when he talked about Beethoven.

What would the world be missing if Beethoven didn't exist? Marsalis is not exactly sure: "I mean, there is a lot in the world. I always think about any person, whatever he did, you could take it out of the world and the world is fine," he mused. "There are a lot of people who have never heard of Beethoven, you know — and their lives are not bad either."

Beethoven was a godsend for the Schott music publishing company; Wagner was a challenge, but he still brought in money. The publisher continues to encourage and support contemporary and international composers.

Beethoven - The sound of nature