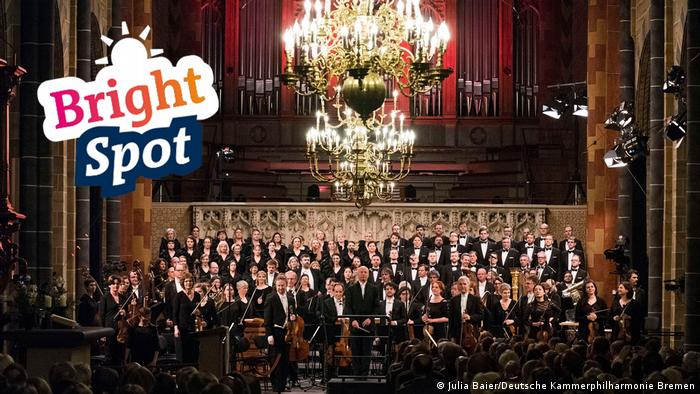 April 10, 1868. Johannes Brahms leads his lifelong friend Clara Schumann up the aisle of St. Peter's Cathedral in Bremen, arm-in-arm, as though they were about to be married.

After she takes her seat, the composer takes the baton to lead a 200-voice choir and a large orchestra in the premiere of his new work, Ein deutsches Requiem (A German Requiem), opus 45. Soft, dark sounds emanate from the altar space, later tumultuous ones. By the fourth movement, many are in tears. To the 34-year-old Johannes Brahms, it's the signature moment of his career.

April 10, 2018. 150 years to the day after the premiere, maestro Paavo Järvi leads the Deutsche Kammerphilharmonie Bremen at that same location in a performance of that work that has long since indelibly become a central work of the classical repertory. The response is enthusiastic. London's Classic FM describes the performance as "a powerful moment of music history," and Germany's daily Frankfurter Allgemeine Zeitung enthuses: "Seldom does one hear a performance so enlightening."

April 10, 2020. The DVD of that performance soon to be released, public performances unthinkable and large sectors of cultural activity having moved to the internet during the coronavirus shutdown in many of the world's countries. The Deutsche Kammerphilharmonie takes the unusual step of offering the performance live on its website as an audio on demand stream , beginning at 10:00 EST on Good Friday and lasting for 48 hours.

What about that unusual title, "A German Requiem?" Compositions that set the Latin mass – and the Requiem mass – to music date back centuries. This isn't however, a translation of the Latin.

Johannes Brahms, a humanist, agnostic and religious skeptic, made his own personal selection of texts from the bible and set them to music in his native tongue. For the composer, known for not wearing his heart on his sleeve and for keeping all matters emotional, personal and spiritual to himself, the text selections can be seen as a personal statement.

There is in fact a key word in Brahms' German Requiem: selig, with which the Requiem begins and ends. A word rich in meanings and connotations, it can be translated as "blessed" or "happy."

That fits the overall uplifting message of the piece, in which one hears moments of horror and suffering until the focus shifts, bringing forth light and consolation. "Selig sind, die da Leid tragen" (Blessed are they who mourn, for they shall be comforted) are the words that begin the monumental work. The final, seventh movement ends with "Selig sind die Toten" (Blessed – or happy – are the dead). 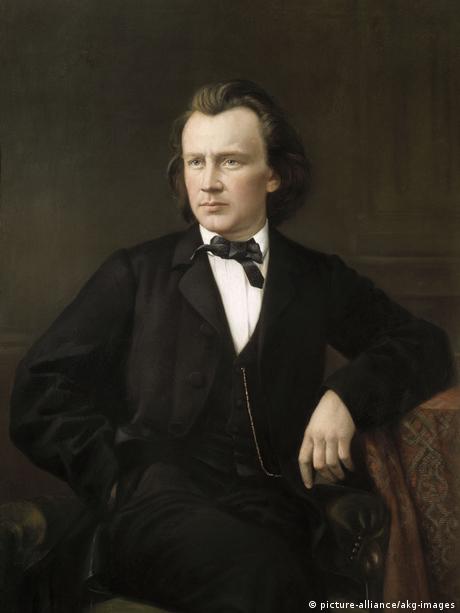 Brahms had long carried the idea of writing a requiem. But the catalyst for the decision seems to have been the death of his mother on February 2, 1865. The composer had traveled from his home in Vienna to his native Hamburg but arrived two days too late to say farewell in person.

Later, back in Vienna, a friend dropped in on Brahms at his home to find him seated at the piano playing Bach's Goldberg Variations. He mentioned his mother briefly, tears streaming down his face, but never stopped playing.

Not long afterward, Brahms sent initial sketches for Ein deutsches Requiem to his soulmate Clara Schumann, with whom he often traded shop talk about compositional approaches and techniques.

Read more: Beethoven's 'Ode to Joy' rings out during the corona crisis

Part the final product had its origins years before: the chilling and ghostly second movement, "Denn alles Fleisch, es ist wie Gras" (For all flesh, it is as grass), initial sketches for which date back to 1856 and to the suicide attempt of Brahms' friend and mentor, Robert Schumann.

Work continued on the piece for over a year, interrupted by various other projects. A preview performance of the first three movements in Vienna on December 1, 1867 turned out to be less than auspicious: There was hissing in the audience at the end.

Consolation from an agnostic

Brahms knew that his career — and his reputation in music history — would rest on the eventual premiere of the complete work.

For that, performers and a venue were found. After seeing the score, Karl Reinthaler, director of music in Bremen, offered his full resources for the project, to be performed on Good Friday 1868 in Bremen Cathedral. Before handing the baton to Johannes Brahms for the final polish and premiere performance, Reinthaler had rehearsed the piece with his choir and orchestra for a full three months. Nothing was to be left to chance.

There was, however, a moment of disagreement between the two. Reinthaler most politely asked whether Brahms might add to the composition: something that would better fit Good Friday, a section perhaps proclaiming mankind's salvation through Christ's death? The composer would have none of it. Brahms' response was tight-lipped: "I have chosen one thing or another because I am a musician, because I needed it, and because with my venerable authors I can't delete or dispute anything. But I had better stop before I say too much."

Cleary, with the title, Brahms had meant it literally, not "The Requiem" but "A German Requiem" — not the authoritative version but one of many possible; not the final word, but his word. 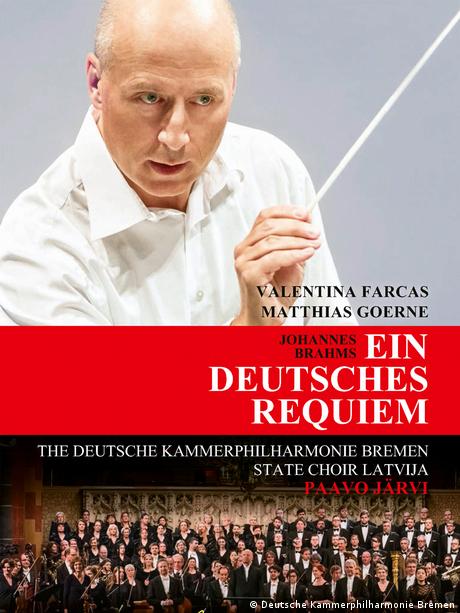 It's a profoundly moving statement too, with the various moods fitting the desperation and emotional spectrum of grief. But radiant and gentle is the final movement with the words "Blessed are the dead … they rest from their labors." All in all, the requiem can be described as a progression from darkness to light. And at the end there is not redemption, just rest.

As the coronavirus pandemic rages and the death toll mounts, untold numbers of people will feel loss and seek consolation. One does not have to be in a state of mourning to appreciate Ein deutsches Requiem, however. Just open ears; and an open heart.

In the streamed performance from the opulent interior of the Bremen Cathedral with its impressive acoustics, you can hear the Deutsche Kammerphilharmonie Bremen and the Latvian State Choir "Latvija" under the musical direction of Paavo Järvi. The vocal soloists are the Romanian soprano Valentina Farcas and the German baritone Matthias Goerne.

Another pillar of Germany's culture has been canceled because of the coronavirus crisis: the Bayreuth Festival. Here is a look back at the past crises that disrupted the renowned event featuring Richard Wagner's works. (01.04.2020)

Probing the music of Johannes Brahms together with star maestro Paavo Järvi and the Deutsche Kammerphilharmonie, a new DW music documentary turns out to be a challenge and an adventure. (08.10.2019)