The actress, fitness star and activist celebrated with a fundraising gala. Thought she might be gardening by this age, she is "back on the barricades" instead, fighting for equal rights, among other things.

While many people fear the inevitable passing of time and onset of old age, Jane Fonda has embraced it — even celebrating her big anniversary at a pre-birthday bash, weeks before her actual birthday on December 21, with a gala reflected the actress' life in the spotlight with her long commitment to activism.

At a star-studded fundraising banquet dinner on December 8 in the southern US state of Georgia, Fonda celebrated "Eight Decades of Jane" by raising $1.3 million for the Georgia Campaign for Adolescent Power & Potential (GCAPP), a youth and adolescent health and well-being non-profit she founded in 1995.

Speaking to People magazine at the event, Fonda nodded to her status as a fitness icon, stating, "I can't lift as many weights as I used to." But she also alluded to the current groundswell of sexual harassment allegations, adding with dark, pointed humor that the best part of being 80 was that "people don't grope you."

As a committed activist for gender equality and someone who revealed this past March that she had been a victim of child abuse, rape and Hollywood's patriarchal power structures, Fonda has shown once more at the start of her 80th year that she continues to be a female public figure who is not afraid to raise her voice. 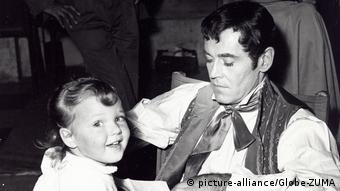 That Fonda became a famous actress might not seem surprising, given that her father was legendary stage and screen star Henry Fonda and her mother Canadian-born socialite Frances Ford Brokaw. But their daughter, born in New York City in 1937 and named Jayne Seymour after the third wife of Henry VII — supposedly a distant relative — initially wanted to study art.

After two influential years in Paris, she turned in 1958 to her new passion, acting, making her critically-acclaimed Broadway debut in 1960 in "There was a Little Girl."

Her film debut in "Tall Story," was released in 1960, but she achieved her breakthrough with the comedy western "Cat Ballou" in 1965.

in 1968, Fonda starred in the title role of "Barbarella," which established her as a sex symbol.

She received her first of seven Oscar nominations for the 1969 Depression-era drama "They Shoot Horses, Don't They?" and won the Best Actress Award twice, in 1971 for a prostitute in the murder mystery "Klute" and in 1978 for the Vietnam War drama "Coming Home." 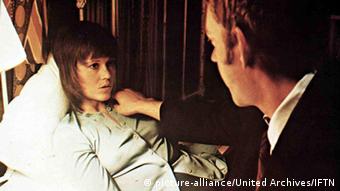 As her critical success grew, Fonda restricted her appearances to roles she felt would be of significance. She announced her retirement from film in the 1990s, but returned to the big screen in "Monster-in-Law" in 2005 and the Broadway stage in 2009.

Today, she continues to have an on-screen presence. Shortly after her birthday, Fonda will see the season four start of  "Grace and Frankie," an acclaimed Netflix comedy sitcom co-starring Lily Tomlin that deals with two older women whose marriages are suddenly turned upside down.

Fit throughout the years

At 80, Fonda also remains an icon for women's health and fitness. Her contribution to the movement began in the 1980s with her "Jane Fonda's Workout Book" and accompanying leotard-and-leg-warmer filled exercise videos that brought aerobics into the homes of baby boomers through the latest VCR technology.

Over the years, she released 23 aerobics videos, the latest on DVD in 2010, which together have sold more than 17 million copies. 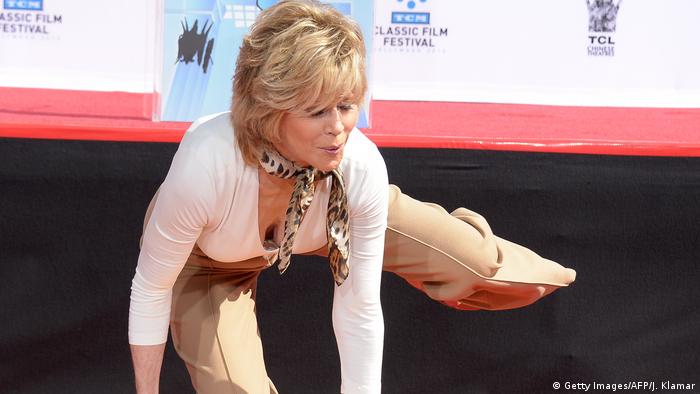 Today, Fonda speaks out regularly on behalf of women's rights domestically and around the world. Her gender equality work is built on a long history of activism that began in the 1970s.

Influenced by her contact with French leftist intellectuals while in Paris, Fonda became a counterculture icon. She voiced support for the black nationalists Black Panthers, campaigned for the rights of Native Americans and working mothers, and, perhaps most famously, actively opposed US military involvement in the Vietnam War.

This took her across the country to college campuses and military forts, led to her being arrested multiple times, and even raised cries of treason when, during a July 1972 trip to Vietnam, the then-36-year-old was photographed on a North Vietnam anti-aircraft gun — an image that continues to cause condemnation from veterans and soldiers and earned her the nickname "Hanoi Jane."

While she has expressed regret over the photo in numerous public interviews as well as called the image a "mistake" in her 2005 memoir "My Life Thus Far," Fonda has defended her trip and her antiwar stance. 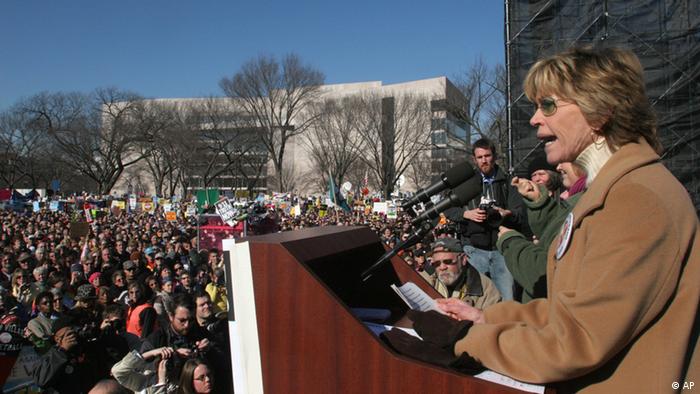 Speaking out for women's rights

Over the decades, Fonda has become a leading voice of the feminist movement. In 2005, she co-founded the Women's Media Center with poet Robin Morgan and Gloria Steinem, and she serves on the board of directors of organization The Sisterhood Is Global, which bills itself as "the Think Tank of International Feminism" and fights violence against women worldwide through crowding funding.

She took to the streets of Los Angeles in January 2017 to take part in the Women's March and protest Donald Trump's inauguration.

Yet, as in the case of the infamous Vietnam photo, Fonda continues to admit when she feels she has fallen short. Shortly after the Harvey Weinstein sexual abuse scandal broke in October, Fonda expressed regret about not speaking out sooner:  "I found out about Harvey about a year ago and I'm ashamed that I didn't say anything right then," she said in the TV interview. When asked why she remained silent, she answered "Because I guess it [Weinstein's abuse] hadn't happened to me and so I didn't feel it was my place." Herself a victim of gender violence, she added that it takes place everywhere "all the time."

Yet she remains critical to the end, pointing out disparities even within the recent broad backlash against Weinstein and others. In a later interview with American broadcaster MSNBC that the public outcry over Weinstein was due in part to the victims being "famous and white."

"This has been going on a long time to black women and other women of color and it doesn’t get out quite the same," she added. 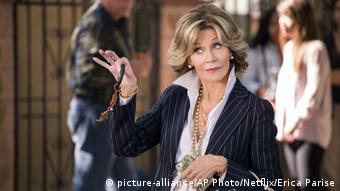 Fonda's 80th year will start off with the next season of her current sitcom "Grace and Frankie." She was nominated for an Emmy for her role.

Fonda had hoped that Hillary Clinton would win the 2016 presidency. "I thought that we would have a woman president [by my 80th birthday],” she told magazine Vanity Fair before her December birthday bash.

Even as she turns 80, Fonda isn't ready to give up the fight yet.

From sex symbol to political activist: Jane Fonda at 80

She's both Barbarella and Hanoi Jane: As American star, sex symbol, peace activist and fitness icon Jane Fonda turns 80, here's a look back at the defining moments of her career. (20.12.2017)