A safari in the Bavarian Forest

The mountainous regions of southern Germany are an idyllic place to ski in winter. But few realize that the Bavarian Forest National Park is also home to some large and intriguing animals. 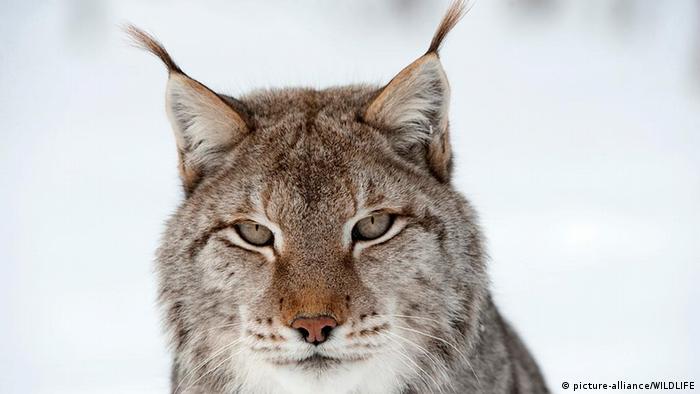 Lynxes are hard to spot

"I want to see the bears," says a determined elderly woman. The retiree is one of 11 nature enthusiasts who have gathered at one of the Bavarian forest’s highest mountains - Mt. Lusen. Despite the heavy snowfall, the party will take a tour of the 200-acre (over 800,000-square-meter) wildlife enclosure, hoping to see some of the area’s renowned animal life, which includes owls, lynxes, bears and wolves.

It’s a cold and windy day and the temperature is almost at freezing point. "It is not that easy to spend five hours outside in the woods," says forest guide and tour leader Claudia Barthman.

She gave up her desk job as an industrial engineer back in 2008 to work as a forest guide. The position offered her the opportunity to do what she wanted most - spend as much time as possible outdoors. Claudia leads groups of tourists on hikes through the snow-covered mountains. Today a group of pensioners is set to take a three-hour tour of the park. 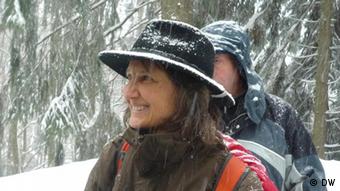 Claudia Barthmann gave up her job to spend more time outside

As the group moves further into the forest, excitement grows at the possibility of catching a glimpse of a lynx. This well-built feline is the largest predator in the region and can weigh up to 11.5 kilos (over 25 pounds). Classified as endangered, sightings of the lynx are rare.

Experts believe that around 16 lynxes live in the Bavarian Forest, but it is difficult to know the exact number. Although a shy animal, the lynx is a skilful hunter and not particularly choosy about what it eats: Its diet can include foxes, mice, rabbits and deer.

However, forest guide Claudia is cautious not to raise the hopes of the visitors too high. She is never 100 percent sure that they will get to see the elusive lynx. As tour members scan the snow-covered mountainside with their binoculars, they fail to see any sign of the deceptive animal.

It takes the trained eye of the forest guide to spot the rapid movement of the lynx and then not one - but two animals that even come close enough to be photographed.

Germany's first National Park opened in October 1970. Claudia Barthman explained that at that time it was the home of elephants, camels and lions. It was initially seen as a tourist attraction, most likely to hinder any objections that might have come from the locals. 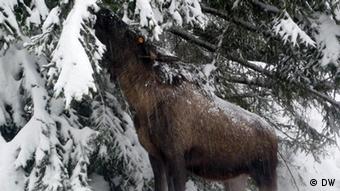 The abundant timber found in forests was for centuries one of the most important natural resources and today the forest needs to be protected. After many controversial and passionate debates, the national park is an established institution some 40 years later.

"Here in the forests, a tree can just fall over. It's allowed to grow old or even die," says the forest guide. Here the dead wood is considered a unique habitat for various species of insects and mushrooms. Its motto "Leave nature alone" reflects the national park's aim.

During the winter months, many of the animals require special protection; hence, the national park's roads are closed during the cold season. Nonetheless you can still see wolves and the gigantic elk. Both these animals were once natives of the Bavarian forest, but are today no longer found in the wild.

As the energetic elderly woman comes to the end of the forest tour she is shivering, but excited - even though she didn't see any bears. After all, no one wants to disturb the hibernating animals, least of all a sleeping bear.