There hasn't been a supersonic passenger airliner since the days of the Concorde. Now a test aircraft is ready to try again. Another plans to hit four times the speed of sound and enter the hypersonic age. 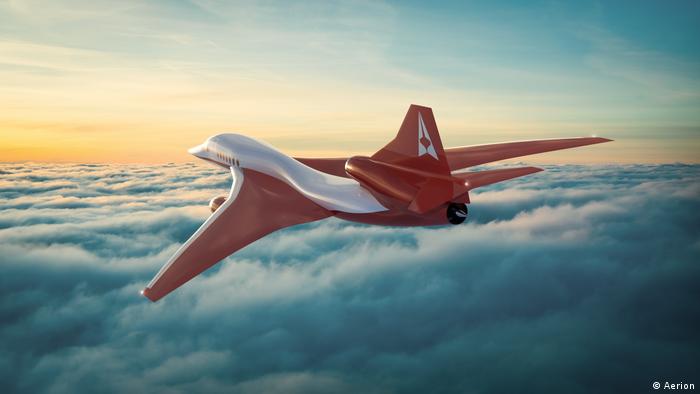 The AS2 business jet, as envisioned by Aerion

It's a fairly small aircraft, with a length of just 21 meters (68.8 feet). But after a tough year for the airline industry, it symbolizes a big step forward in aviation history as the first privately built supersonic aircraft.

Every other supersonic aircraft up to this point — the European Concorde flown until 2003 and the Soviet Tu-144 flown until 1999, as well as many fast military aircraft — was funded by billions from state coffers and built with government mandates.

Startup Boom Supersonic from Denver in the US is different. It unveiled the first privately manufactured supersonic jet last October. The single-seat XB-1 is nicknamed Baby Boom.

This year, the demonstrator aircraft is due to begin a lengthy test program above the Mojave Desert in California, initially flying at Mach 1.3 (about 1,600 kilometers per hour, or 1,000 miles per hour).

The aim is to validate the aerodynamic concept and then basically build the same thing on a bigger scale — to result in the Overture passenger airliner for up to 75 passengers. By the second half of this decade, it is supposed to become a smaller-scale successor to the Concorde, which had a capacity of 100 passengers. 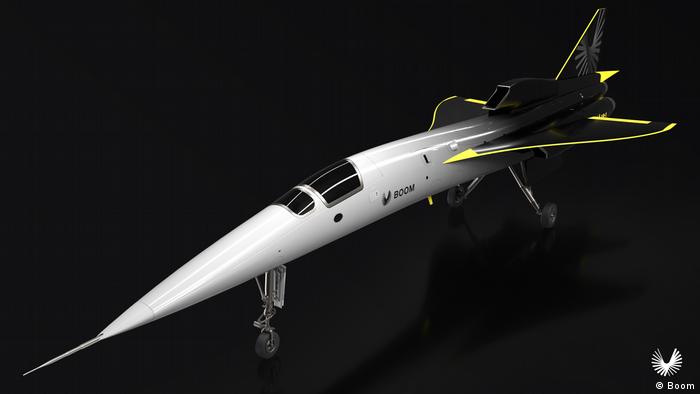 The Overture will zip passengers from London to New York in 3 1/2 hours at Mach 2.2 (about 2,700 km/h), faster than the Concorde. The company says it will use aviation fuel produced in a CO2-neutral way.

Innovative aerodynamics and less weight should also muffle any sonic boom. That means it would be able to fly in supersonic mode over land, which is currently banned. NASA and the US aviation authority FAA are currently working in tandem on ways to allow such flying for future low-boom supersonic aircraft.

Flying faster than the speed of sound has gained momentum in recent years, a drive not seen for decades. But before Boom's Overture is actually able to take off, there are still a number of challenges to master — like developing suitable engines.

For now, it appears that smaller supersonic business jets for eight to 15 passengers will take off first. Since 2002, Aerion Supersonic has been working on such a jet.

So far, no Aerion aircraft has taken to the air, but the company recently detailed its updated concept for the tri-jet AS2. Its first flight could be as soon as 2024; customer delivery might start in 2026. Reaching a maximum of Mach 1.4, it would be slower than the Concorde.

Experts think the company means business. "Aerion has continuously come up with new iterations of its models and is now even building an assembly line in Florida. Aerion is clever enough to also aim to serve a military market," said Bernd Liebhardt, an engineer focusing on civil supersonic projects at the German Aerospace Center (DLR) in Hamburg.

"With these different applications of a sole aircraft platform, Aerion fits snugly into the small market window we see," he added.

Quick to get off the ground?

At least Aerion has already signed on an engine manufacturer. General Electric is developing a turbofan called Affinity, the first new engine for supersonic flight in more than five decades. In comparison to Concorde's Olympus engines, these engines don't need noisy and fuel-guzzling afterburners for takeoff, acceleration or while at cruising altitude. Aerion hasn't hidden its intention of using the AS2 as a base model for future expansion.

"Aerion has a 50-year technology road map. Our first step toward this faster future is with the supersonic AS2," Aerion's former CFO Mike Mancini said in 2019. The next step could be an airliner.

"We want to do this thoughtfully and in an environmentally responsible way so that we avoid all of the problems that limited the potential of the Concorde many years ago," he stated. "It would be reasonable to expect a first generation of supersonic airliners in the 2030s."

Aerion is supporting its aspirations by building its new $300-million (€252-million) headquarters plus production hangars in Melbourne, on Florida's Space Coast. That is where work on the first prototypes of the AS2 is due to begin in 2023.

"Concorde was a bold, noble experiment and a major milestone in the history of aircraft, but the AS2 is very different in both specification and business model," said Aerion CEO Tom Vice in an interview with Robb Report in May 2020. 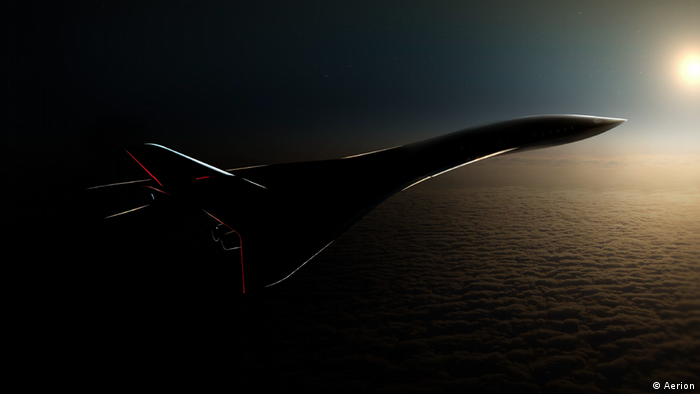 A rendering of the Aerion AS3 jet, which is intended to reach Mach 4 or higher

Faster than the fastest

Just before Easter, Aerion made an announcement that stunned industry observers. By the end of this decade, the company plans to make a quantum leap in fast air transportation with its AS3, another new jet. Up to 50 passengers will be able to travel for a maximum of 13,000 kilometers at Mach 4 (about 5,000 km/h) or even faster.

This would mean an airliner would finally reach the low hypersonic region, which starts at Mach 5. The fastest aircraft with air-breathing engines so far is the military surveillance plane Lockheed SR-71 Blackbird, which attained Mach 3.3 (about 4,000 km/h).

This plane once made it from New York to London in just under two hours on a record flight with air-to-air refueling. Aerion had teamed up with NASA's Langley Research Center to study the future of commercial flight in the Mach 3-5 range.

Start with the easy stuff

According to Aerion's CEO, there is an interesting sweet spot around Mach 4.5, enabling flying from the US to Japan in two hours or less while avoiding certain challenges with materials and cooling.

Details about the AS3 are still vague, but apparently its design includes swept delta wings, twin vertical tails and four engines mounted under the wings. Aerion has promised to share more insights on the design later this year. Its objective is to connect any two points on the planet within three hours.

"Supersonic flight is the starting point. To truly revolutionize global mobility as we know it today, we must push the boundaries of what is possible," said Vice.

Bernd Liebhardt from the German Aerospace Center is much more reserved. "For me, hypersonic lies several decades in the future. Supersonic is already a difficult undertaking, and hypersonic is going still another step further," he said. "We need to get supersonic to work first."

Made in Germany - Galactic prospects - economic boom in outer space?