Supersonic, but without the boom — NASA commissions passenger 'X-plane'

NASA has hired Lockheed Martin to build a supersonic passenger jet that can quietly break the sound barrier. There hasn't been a supersonic plane in commercial service since the retirement of Concorde in 2003. 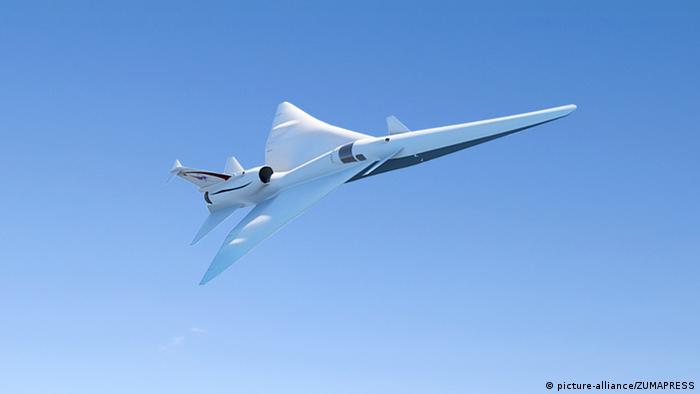 NASA announced on Tuesday that it had awarded a $247.5 million (€201 million) contract to American aerospace firm Lockheed Martin Aeronautics to build a quieter supersonic aircraft called the "X-plane."

The contract, which runs through 2021, allows for the design, building and testing of a passenger plane prototype "that reduces a sonic boom to a gentle thump," the US space agency said in a statement.

The precise speed varies depending on conditions, but 940 mph is well over 100 mph faster than the sound barrier.

"It is super exciting to be back designing and flying X-planes at this scale," said Jaiwon Shin, associate administrator of NASA's Aeronautics Research Mission Directorate. "This X-plane is a critical step closer to that exciting future." 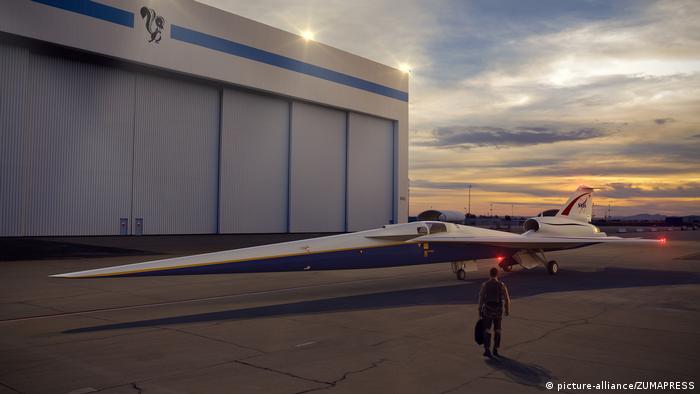 Lockheed Martin was first contracted to design the X-plane for NASA in 2016. Construction of the plane will take place at the Lockheed Martin Skunk Works facility in Palmdale, California — where the U-2 and SR-71 Blackbird spy planes were built.

Passenger seats are not yet part of the project, however. The company must first show it is possible to fly a quiet supersonic aircraft. Then, the US' Federal Aviation Administration would have to change rules in order to allow for supersonic flights over land.

The firm expects to conduct the first X-plane flight in 2021. By mid-2022, NASA said it plans to "fly the X-plane over select US cities and collect data about community responses to the flights."

Several other aerospace firms, including Virgin Galactic, Spike Aerospace and Boom Supersonic, are also working on bringing back supersonic transport.

Supersonic aircraft have not been used commercially since Concorde, a British-French turbojet-powered airliner, was retired in 2003 after 27 years of service. In 2000, 113 people were killed when an Air France Concorde flight en route to New York crashed in Gonesse, France shortly after takeoff from Charles de Gaulle airport in Paris.

The Tupolev Tu-144, a Soviet-made supersonic plane, was the only other supersonic aircraft to enter commercial service.