A Foreigner in his Home Country

"I personify both the good and bad of unification"- Author Wolf Biermann has an exceptional personal history in both East and West Berlin. 25 years ago he was deprived of his East German cititzenship. Today he turns 65. 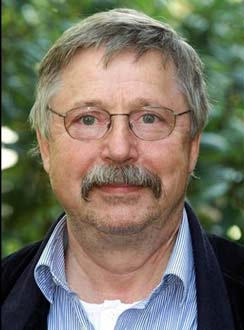 Poet, song writer and author Wolf Biermann was born on November 15, 1936 in the North German city of Hamburg. At the age of 16 he moved to East Germany - a decision, he says was motivated by his family history: Biermann's father was killed by the Nazis. His parents were communists and Jews. The 16 year-old decided to move to East Germany, to "avenge his father" and "to promote communism".

Biermann began his artist's career as a director's assistant at the Theatre "Berliner Ensemble" in Berlin, working closely with German composer Hans Eisler.

He started writing and composing in 1960. A year later he opened a small unofficial theatre in a backyard called the "Berlin Workers- and Student Theatre" (bat). It was closed by the government before the first premiere.

Biermann always regarded himself as a "true" communist, and the East German government as the "wrong" communists – an attitude which was reflected in his work.

First attempts to stop Biermann performing were kept up by the East German government until 1963. He was not permitted membership to the communist SED party - instead, he became a member of the East German cabaret group "Die Distel", the Thistles.

Biermann soon became well-known for his critical and open songs and poems – critical of the state he lived in. In 1965, Biermann was eventually banned from performing and publishing and was refused permission to leave the country.

The beginning of the end of the GDR

In 1976, Biermann received a visa for a tour through West Germany, which began in Cologne on November 13. Five days later, the East German News Agency AND reported that Biermann had been refused East German citizenship. The government accused Biermann of having performed in a capitalistic country – acting therefore purposely against the GDR and socialism.

Biermann was in a car at the time and heard the news on the radio – news that was to change his life completely.

His deprivation of citizenship sparked indignation among artists both in West and in East Germany. East Germany had never seen such collected protest among the country's intellectuals.

The motorway between East Berlin and Leipzig had to be cut off due to the word BIERMANN painted in huge letters on the asphalt.

Some people still say that Biermann's deprivation of citizenship was the beginning of the end of the GDR.

Back at home after 25 years

Biermann himself was shocked and at first devastated by the news. Today he is ironically thankful to the party that "left him go to democracy 13 years before the others".

In December 1989, Biermann was invited by East German activists to perform in the GDR for the first time in 25 years – and the last time too. It was bitterly cold in Leipzig's huge fair hall. But Biermann will never forget the concert in front of 80,000 people. It may have not been a triumph, but it was at any rate a great personal satisfaction.

Today, when he travels to East Berlin he does not feel the same contentment: In an interview with DW-TV earlier this year he said: "I don't give a damm about the west, but the east breaks my heart".

Today Biermann says he has both friends and foes in both parts of the country – and that the same goes for his fans. "In a way I personify the unification: both the good and the bad of it".

The author lives with his family in Hamburg. He has just published a book on his deprivation of citizenship - and the reactions which followed. His being thrown out was one thing. The reactions, he says, were the real surprise. lb