In Chad, 44 suspected members of the jihadi group Boko Haram have been found dead following a recent arrest. Coroners have said they suspect the prisoners ingested a substance to cause heart and breathing complications. 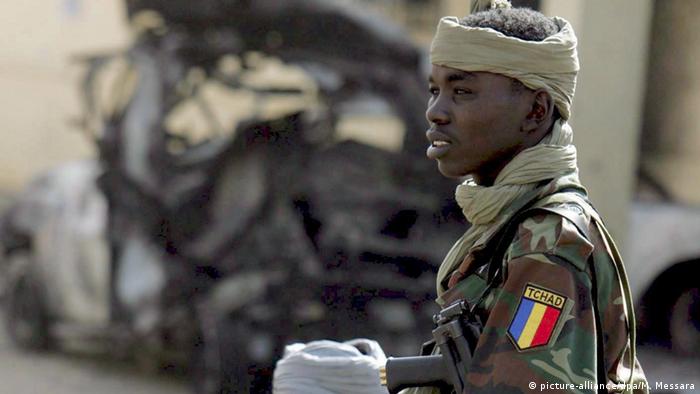 A soldier at a checkpoint - file photo

A group of 44 suspected members of the jihadi group Boko Haram were found dead in prison in Chad's capital city of N'Djamena on Saturday, the AFP news agency reported, citing police authorities.

The dead were among 58 suspected jihadis who were arrested during a recent operation against the Boko Haram carried out near Lake Chad, the country's chief prosecutor Yousssouf Tom said on national television.

"Following the fighting around Lake Chad, 58 members of Boko Haram had been taken prisoner and sent to Ndjamena for the purposes of the investigation," he said.

"On Thursday morning, their jailers told us that 44 prisoners had been found dead in their cell," Tom said.

An investigation to determine how they died is underway, the prosecutor said. Autopsies had already been conducted on four bodies. Coroners suspect the prisoners ingested a "deadly substance" that induced heart and breathing complications.

The 58 suspects were scheduled to go before a criminal court on Thursday.

The recent operation near Lake Chad was carried out between March 31 and April 8 in response to a large-scale attack on an army base near the lake that left 100 soldiers dead. At least 52 soldiers and 1,000 jihadists were killed in the counter-operation.

Many Boko Haram fighters have hideouts in the area around Lake Chad, where they also have access to the neighboring countries of Nigeria, Cameroon and Niger.

Since 2009, the jihadi group has fought to establish an Islamic state in northeast Nigeria. The fighting has resulted in some 35,000 deaths and displacement for over 2 million people in the region in recent years.

Boko Haram has launched its deadliest assault yet against troops in Chad. In a separate attack, the militant group killed at least 50 Nigerian soldiers in an ambush in eastern Borno state. (25.03.2020)