Bavarian King Ludwig II had Neuschwanstein built as a retreat - but for a long time it has not been quiet here. Every year, 1.5 million visitors visit the fairy tale castle. Join us for a all-round view visit. 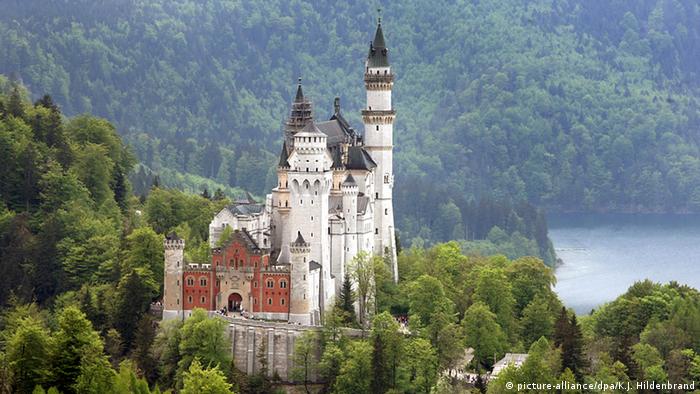 Shortly after Ludwig was crowned king at the age of just 18, he had Neuschwanstein Castle built as an idealized knight's castle, away from the busy seat of government in Munich. It was supposed to be like a habitable theater backdrop. But in the end he spent only 172 days at the castle. The construction left him heavily indebted. A few weeks after his death in 1886 the castle was opened to the public. The entrance fees enabled the debts to be paid back quickly.

Follow DW reporter Elisabeth Yorck von Wartenburg on a tour of the castle. Thanks to the 360° camera, you can look around in all directions.

Who had Neuschwanstein Castle built? How high is the Zugspitze and what can you hear every day on Munich's Marienplatz square? Test your knowledge of the Free State of Bavaria. (06.09.2018)