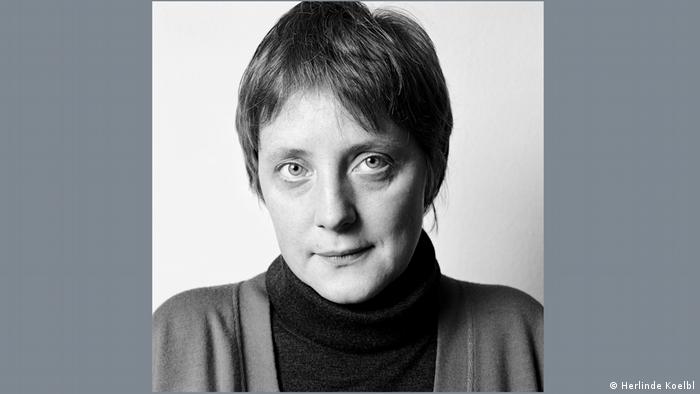 Her hairstyle is short and unfussy; she's wearing a simple, comfortable-looking cardigan over a turtleneck. As she stares straight into the camera for her first portraits with Herlinde Koelbl in 1991, Angela Merkel looks more like an unassuming woman in her thirties than a future country leader.

"She was still a bit awkward, rather shy, and looked up from below at the camera. She didn't quite know what she should do with her hands or arms," photographer Herlinde Koelbl recalls of her first shoot with Merkel, 30 years ago. "This changed, but the awkwardness remained, to a certain extent, through the very end of her time as chancellor."

Following the 'Traces of Power'

Koelbl started her series of portraits of Merkel for a project called "Traces of Power," in which she met every year, from 1991 to 1998, the same 15 individuals — all people in a position of power — to portray and interview them.

The series also included Gerhard Schröder, who became chancellor of Germany in 1998 and was succeeded by Merkel in 2005, and Joschka Fischer, of the Green Party who served as foreign minister and deputy chancellor under Schröder.

At the beginning of the project, Merkel had just been appointed Minister for Women and Youth by Chancellor Helmut Kohl. By 1998, she was general secretary of the Christian Democratic Union (CDU). 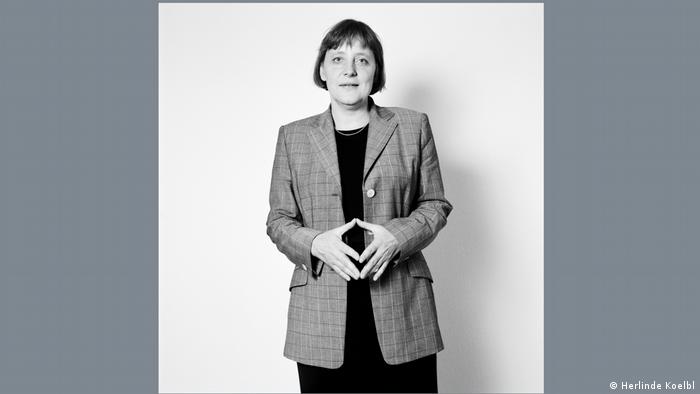 Portraits of 30 years of power

Following a short interruption, the photographer pursued her yearly ritual with Merkel throughout the latter's chancellorship. The series of portraits is now being published as a book by Taschen called Angela Merkel: Portraits 1991-2021. 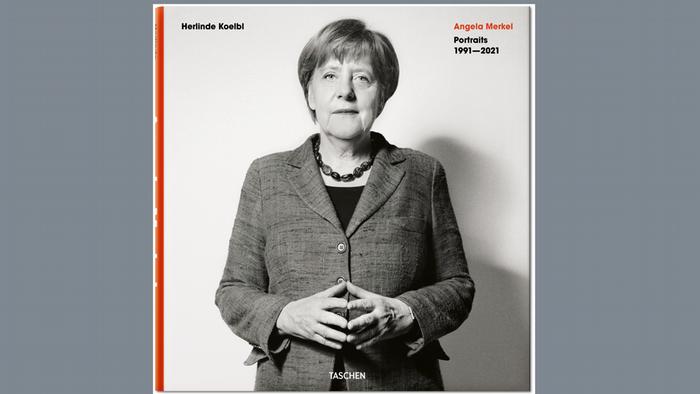 The texts in the book are in German and English

Koelbl chose to do all her portraits in front of a white wall, "to achieve the greatest possible objectivity over such a long time," she writes in the book's foreword. Her only instructions to her models: "'Look at me with an open expression,' that is, at the camera."

For Koelbl, the transformation in Merkel's body language during the shoots over the eight first years was "extreme." But as the photographer pointed out during a discussion held at the Berlin-Brandenburg Academy of Sciences and Humanities last week, the chancellor never developed a vain attitude towards the camera — unlike most of her male colleagues. "She never pushed herself into the public eye," says Koelbl, but rather simply accepted that being photographed is part of her job.

For the photographer, another notable aspect of her collaboration with Merkel is that the latter never intervened in the selection of photos or tried to control any part of the process — something Koelbl had rarely experienced with other people in positions of power. 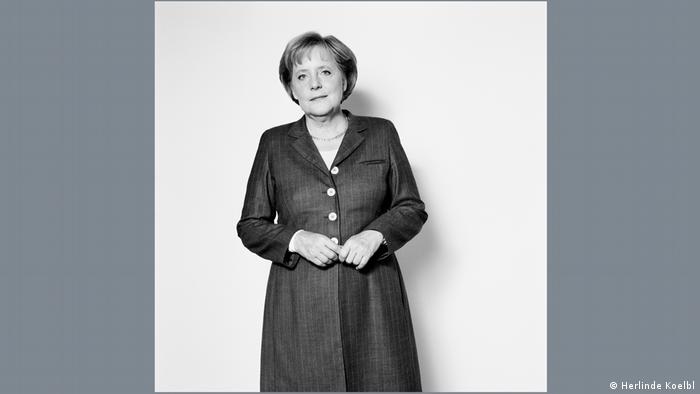 The first female chancellor of Germany: Merkel in 2008

In her quest to obtain "an image of the person behind the office, not the official politician," the photographer also conducted in the 1990s a series of interviews with Merkel, in which the budding politician discusses her vision of politics, as well as her childhood and private life.

One of Merkel's first answers in 1991, regarding her degree of ambition, already feels like a summary of her entire career: "To be completely without ambition probably doesn't work. Though I cannot say where the distinction between enthusiasm for the job and ambition begins, particularly because in my case ambition was only partly necessary. My ambition was to deal with each respective task rationally, and this has so far led to a quite rapid ascent that is rather alarming to me."

Some of her answers are surprisingly unguarded and show that she did indeed have strong aspirations to defeat her male colleagues. She mentions, for example, one of her conversations with Gerhard Schröder in 1996: "I told him that someday I will put him in a corner too. I still need a little time, but the day will come. I'm looking forward to it."

Taking stock on what she had learned as a politician over the past year, she then says in 1997 that she has "gotten better at the poker game. Previously I was a little too trusting and told everyone of my plans. But experience makes you smarter." 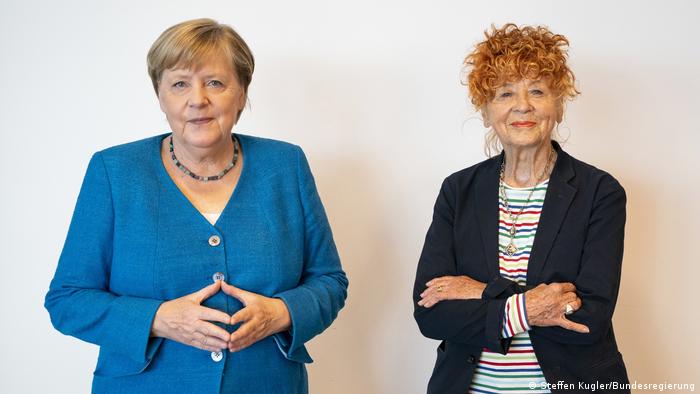 Angela Merkel and Herlinde Koelbl, at their last photo shoot in 2021

She regularly checks if Merkel manages to unwind and find time for her partner. After the newly-appointed Minister of Women and Youth mentions in the first interview that she didn't have time to bake a plum cake while they were ripe in the fall of 1991 — something she used to do all the time — Koelbl follows up in the ensuing interviews if she found time to bake her famous plum cake that autumn.

A face of stability and change

The book also revisits the story of Merkel, the daughter of a Protestant pastor in East Germany who became a physicist before entering the world of politics following the fall of the Berlin Wall. She was then fast-tracked into the political spotlight through the backing of former Chancellor Helmut Kohl.

Kohl had her start as minister in the newly reunified Germany, which was in dire need of politicians from the former GDR who didn't have a record of collaboration with the East German regime. Merkel fulfilled that role perfectly. But she also quickly demonstrated that she was able to contribute more than to simply serve as the quota "female politician from the East."

As historian Paul Nolte noted at the discussion on the book, Koelbl's portraits of Merkel — by featuring the tension "between the stability in her gaze, in her eyes, and yet the change in her body language," — reflect Merkel's entire political career: She pursued political stability and continuity, all while facing the transformations and upheavals of reunified Germany.

A photo of Angela Merkel overwhelmed by parrots went viral, but the German chancellor has a long track record of animal encounters.

Angela Merkel has been German chancellor since 2005. Here are some major moments in her long tenure that led the country through a period of tremendous change.

Germany has had eight chancellors since 1949: seven male, one female. Currently, Angela Merkel is in office. Here's an overview of all the chancellors and their legacies.