100 countries worldwide now produce electricity with wind power. So far, it's a boom that has mainly occurred in Asia, North America and Western Europe. Now, Eastern Europe and Latin America are getting involved. 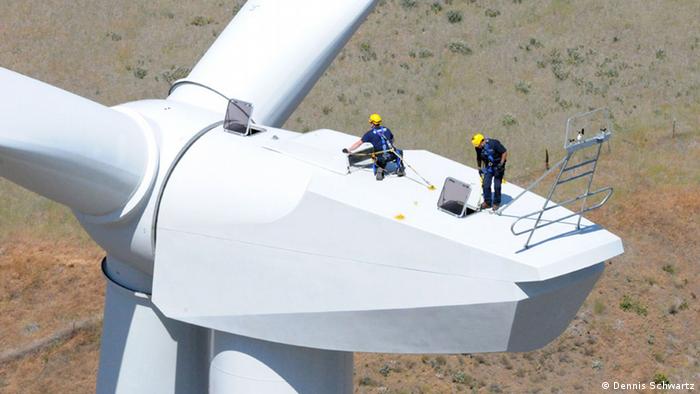 Last year, more wind turbines were erected than ever before worldwide, according to statistics released today (16 May 2013) by the World Wind Energy Association (WWEA) in Bonn, Germany.

In 2012, some 60 billion euros (around $77 billion) was invested in wind farms and turbines worldwide. That year, China and the USA were the biggest investors in the industry, both adding 13 GW to their capacity. Together they are the top two producers of wind-powered energy in the world. Germany is comes in third. 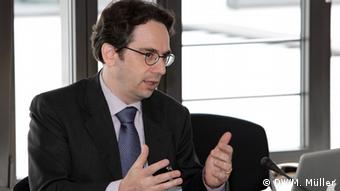 In Europe, wind farms with a total capacity of 12 GW were built: One GW each was added in Italy, Spain, Romania, Poland, Sweden and France, while two GW of capacity were added both in the UK and in Germany.

Germany's Environment Minister Peter Altmaier says that the country's wind power capacity will continue to increase: He is predicting wind power growth of three GW in 2013 and 4.5 GW in 2014.

In comparison to last year, wind-powered energy in Romania, Ukraine, Poland and Estonia is on the increase, in some cases by over 40%. It's the same story in Brazil and Mexico.

Stefan Gsänger says the reason for these developments is that it's comparatively cheap, environmentally-friendly and allows countries to reduce their dependence on imported energy.

Gsänger says there are two clear trends emerging in the world's wind power industry: On the one hand, wind turbines in wind farms are getting bigger and producing more electricity. On the other, smaller versions for personal or community use are gaining popularity, too.

In Germany, wind turbines are also getting higher, in order to produce power even on low-wind days. Germany is considered a leader in this technology but the trend is picking up in other countries too, according to Gsänger.

The cost for one kilowatt hour of wind-powered electricity is between five to ten euro cents, he says, a competitive price in comparison to other energy production methods.

"I think if you build a new coal-powered power plant or a new nuclear power plant, then it will be more expensive than wind power if you consider all the costs involved," Gsänger told DW. 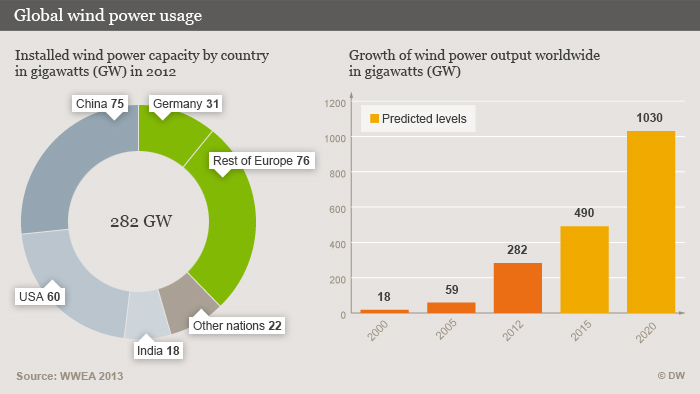 In the next 20 years, wind-powered electricity could increase ten times, says Gsänger. Assuming the world's electricity requirements stayed the same, that would then mean 30 percent of it would be wind-powered.

Denmark already uses this amount in its energy mix, making it the world's most efficient user of this form of alternative energy.

"The integration of the wind power in the Danish grid works so well there because they combine wind power with satisfying the country's heating requirements," Gsänger explains.

For instance, when there is too much wind energy produced on a certain day, the excess power is used by Danish district heating networks.

Accumulators, which store energy produced by renewable sources, will also improve over the coming years, says Gsänger. That will help make sure that enough electricity is available "even when not much wind is blowing."

Gsänger says that fixed prices for feed-in tarifs - the money that renewable energy producers receive for producing electricity for the market - is also something that should be set down in law - across the world. He says this could help finance further wind farm investment.

By way of example, Gsänger mentions Turkey, where the legally guaranteed feed-in price is lower than the price traded for wind-powered electricity on energy exchanges.

"This set payment level is important, because it helps planners of wind farms get credit from their banks," says Gsänger.

Who does our wind belong to? 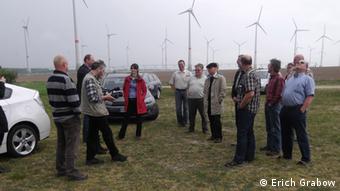 In Schlalach, Germany, 100 citizens have come together to help plan a wind farm

In Central and Northern Europe, citizen-run wind farms have already established themselves. In Germany, too, most wind farms are owned by locals. For Gsänger, this is a clear way to increase acceptance of this technology.

He says that although increasing numbers of wind farms with local ownership and involvement is crucial, more importantly, in many countries a change in attitude is taking place.

"Countries are now realising that the citizens will be more supportive of new wind farms, if they know that they will share in the profits as well."

Europe not likely to get North African electricity

A project that envisaged supplying solar and wind energy from Morocco to Europe has been shelved. Observers say the question is now whether it will be possible to revive at a later stage. (11.05.2013)

Germany's Energy Revolution - Who Will Pay the Price?