Europe not likely to get North African electricity | Environment | All topics from climate change to conservation | DW | 11.05.2013

Europe not likely to get North African electricity

A project that envisaged supplying solar and wind energy from Morocco to Europe has been shelved. Observers say the question is now whether it will be possible to revive at a later stage. 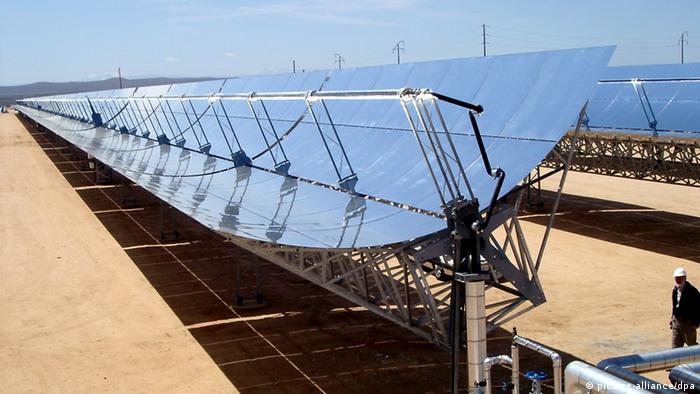 Expectations were running high at the start of November last year for plans to construct a solar and wind power plant in Morocco and export the energy it produced to Europe. Paul von Son, head of the green energy project Desertec Industry Initiative (Dii), had been waiting for a declaration of intent to be signed by Morocco and a number of European countries.

"It would be the first agreement between European and North African governments that regulates the transfer of electricity from renewable sources across national borders," said von Son at the last Dii annual conference November 2012 in Berlin. That could have been the breakthrough moment for the Desertec project - but in the end, nothing was signed.

Instead, Morocco's king, Mohammed VI, has just announced the start of the construction of a solar thermal power station in Ouarzazate, on the edge of the Sahara desert, for the purpose of satisfying Morocco's energy needs.

Despite a lack of plans to share the energy with Europe, Germany's KfW Development Bank has promised an injection of 115 million euros ($150 million) into the project. According to the bank, the power plant could start also producing electricity for Europe after its second-phase expansion. But there is no guarantee for that.

And there is no more talk of the original Desertec vision - to cover a fifth of Europe's energy needs with clean electricity from North Africa by 2050. A statement by Klaus Schmidtke from Dii skirts the subject entirely: "The Desertec idea is that there is a lot of energy in the deserts that can be channeled for the benefit of those who need electricity." 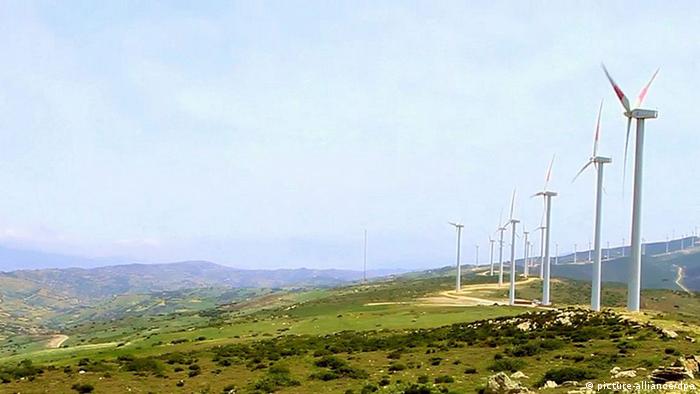 Morocco currently sources 20 percent of its electricity from abroad - and it's not the only country in the region with energy shortages. It is not surprising that such countries first and foremost seek to cover their own energy needs with the electricity they produce. And as their economies grow, so do their energy needs.

Several prominent German companies still stand behind Desertec. They include Deutsche Bank, energy companies Eon and RWE, and reinsurer Munich Re. Altogether, Desertec has 20 shareholders, the interests of which are represented by Dii. At the end of last year, two major investors turned their back on the company's clean-energy project: Siemens and Bosch.

The drop in associated partners has been even more dramatic. Currently, there are 18 Desertec business partners, paying 75,000 euros annually. But in the past, that number was 35.

Experts believe that if electricity should ever be imported into Europe from North Africa, such projects need to be realized in short order. Following the 2011 nuclear disaster in Fukushima, Germany committed itself to phasing out nuclear energy production by 2022. However, expansion of the solar and wind energy sector in Germany is progressing faster than initially expected.

How exactly this phase-out should look is not yet certain. But according to Hans-Dieter Kettwig, head of wind turbine manufacturer Enercon, the phase-out "is only possible in the presence of a decentralized energy supply with renewables."

This situation creates room for projects such as the Desertec Industry Initiative. However, the longer this waits on the sidelines, the more other renewable energy will fill the gap - ultimately making the Dii project less likely.

The EU has some 19 million unemployed and the trend is pointing upwards. But, new jobs will only come once the economy picks up. Could a new 'green economy' help create those jobs and halt Europe's decline? (05.05.2013)

The world's biggest thermal solar power plant has gone online in oil-rich Abu Dhabi. Shams 1 is the first plant of its kind in a desert region, providing power for thousands of homes. (11.04.2013)