What many now take for granted was more exciting than any thriller when it was actually happening. In the months after the fall of the Berlin Wall, the four allied powers negotiated Germany’s future. While Mikhail Gorbachev was ushering in political reforms in the Soviet Union, and the peaceful revolutions of 1989 were in full swing in Eastern Europe, debates about how to achieve the reunification of Germany began taking place behind the scenes at international summit meetings. The country had been divided since 1949, but its reunification now seemed like a distant but not altogether impossible scenario.

A Land of Possibility after the Fall of the Wall 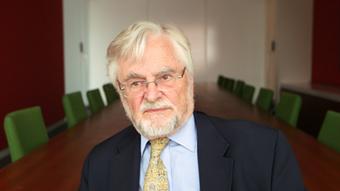 Serge Schmemann was the Germany correspondent for the New York Times at the time. In 1991, he received a Pulitzer Prize for his coverage of German reunification.

German politicians were reticent. After the defeat of World War II, they were not free to determine the future of the country. The Potsdam Agreement of 1945 stated that a reunification could only take place with the approval of the four victorious allied powers: France, the Soviet Union, the US and Britain. The fall of the Wall on 9November 1989 did not change anything about that agreement, but the day would go down in history as the event that put an end to the Cold War overnight. People were forced to act quickly. Authorities in Bonn, Berlin, Moscow, Washington, Paris and London feared the situation would spiral out of control and end in chaos. 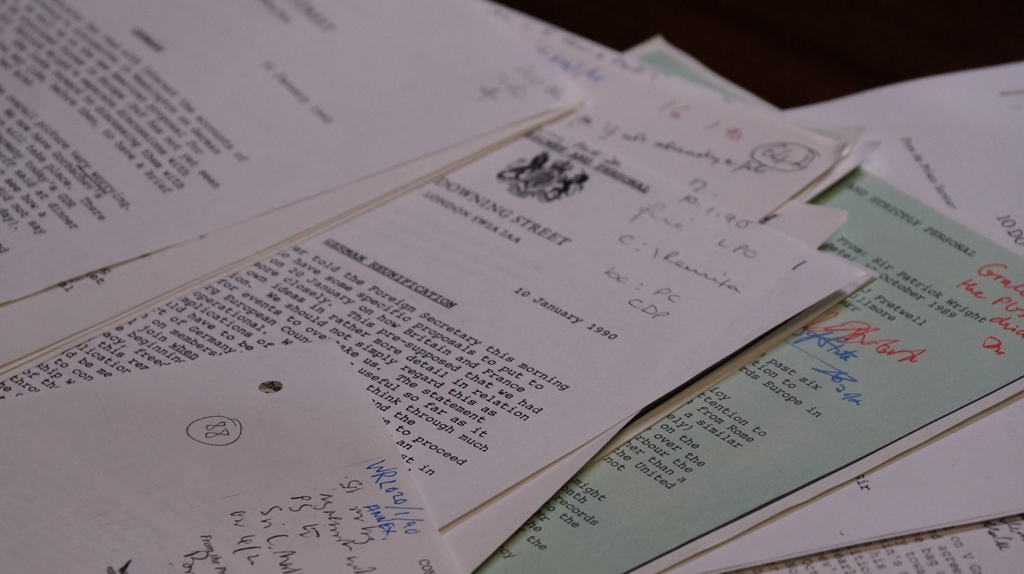 British documents on the reunification debates of 1989 - 1990

In the days and weeks after the fall of the Wall, people looked to Moscow and Washington in anticipation. But in a surprising move, German chancellor Helmut Kohl took the initiative himself at the end of 1989, and he did so without informing the four allied powers. He presented a 10-point plan to the Bundestag, which laid out Germany reunification step by step. London, Paris, Moscow and Washington were less than please that Kohl had acted without first consulting them, but his actions were also seen as an opportunity to create a new order in Europe.

A Masterpiece of International Diplomacy 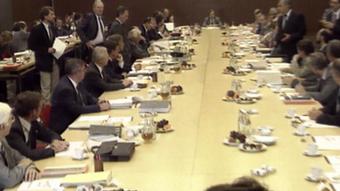 The reunification treaty is settled after months of negotiations. Not even a year had passed since the fall of the Wall.

American diplomats launched official negotiations. The four allied powers sat down with the two German states of East and West Germany to begin the “2+4” negotiations, which soon proved to be laden with pitfalls. Today, however, these negotiations are considered a masterpiece of international diplomacy - just 327 days after the fall of the Wall, Germany was unified. 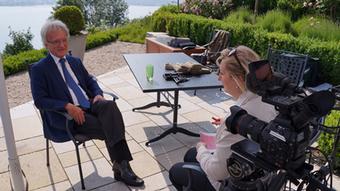 Filmmaker Rosalia Romaniec interviewing politician Horst Teltschik, who was instrumental in the negotiations.

While making the documentary 2+4+X, Rosalia Romaniec conducted interviews on behalf of Deutsche Welle with international politicians, historians and journalists, who experienced the reunification at first hand. Strategists who pulled strings behind the scenes tell their fascinating and diverse accounts of the reunification, giving an insight into the rocky road the world took to reunify Germany.