The Afghan authorities have confirmed that 14 prisoners on death row were executed over days earlier this week. The reason given for the executions: political pressure from the government. 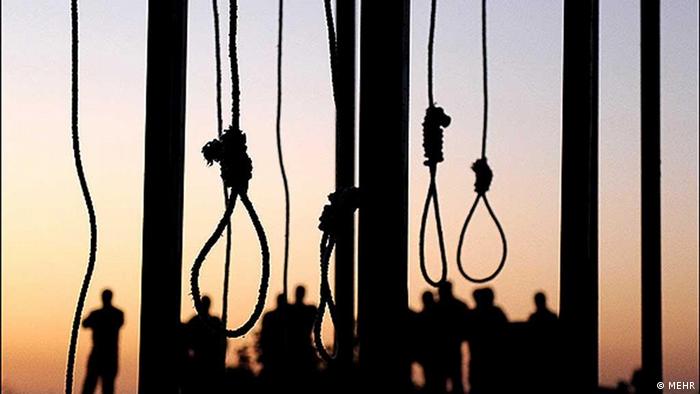 The 14 inmates at Kabul's Pul-e Charkhi prison were hanged on Tuesday (20.11.2012) and Wednesday (21.11.2012) for a variety of crimes, including murder, kidnapping, rape and terrorism. Other inmates will likely meet the same fate in the near future, according to a statement released by the office of Afghan President, Hamid Karzai.

Afghanistan does have the death penalty, but it has been rarely used. Since the fall of the Taliban in 2001, who regularly executed people in public, the Afghan government has only carried out the punishment every few years. The president must personally sign an order to have it enforced.

In response to the latest executions, Taliban insurgents claimed responsibility for a car bomb blast that killed two people and injured dozens in Maidan Shar in Wardak province early Friday (23.1.2012), saying it was to avenge the deaths of four Taliban members, who were among those executed in Kabul. 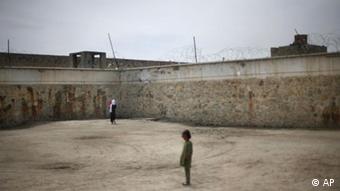 Many Afghans appear to support the death penalty, says Heather Barr, an Afghanistan researcher for the Asia section of Human Rights Watch. President Karzai, she says, is concentrating on currying favor with the Afghans, instead of supporting international efforts to scrap capital punishment.

"It goes along with the pattern that we are seeing of Karzai increasingly standing up to the West, playing more for an Afghan audience than for an international one, making some bad decisions on human rights and sort of carving an identity for himself that tries to show Afghans that he is not beholden to the West," she explains.

But, Humaira Haqmal, a professor of law at Kabul University, supports the government's practice of carrying out the executions in light of the increasing lawlessness around the country.

"The number of serious crimes is growing every day. If we do not combat these with the death penalty they will continue to grow. In the current situation, I think the death penalty is the best solution; especially in cases where barbarous crimes have been committed against women and children," she emphasized.

President Karzai is trying to demonstrate to the Afghan public that he is prepared to carry out the law as a way to justify pursuing peace talks with the Taliban on the other, many Afghan observers say, but Heather Barr argues that the death penalty is the 'wrong approach.' 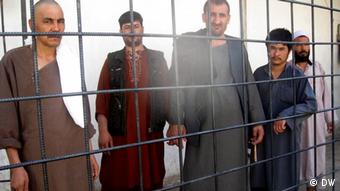 Prisoners are often convicted without a fair trial

"The issue that is particularly worrying in Afghanistan is the real risk that you are executing the wrong people because the justice system functions so poorly. It's a justice system that relies too much on confessions; some of them are obtained through torture. Studies consistently show that the judicial system is one of the most corrupt parts of the government," she noted.

Those convicted, and those who are not, is very arbitrary and depends on whether someone can afford to pay a bribe, or has powerful connections within the government, says Barr.

Afghan law professor, Faizullah Jalal from Kabul University, agrees, pointing out that the country's legal system is not capable of applying the Afghan constitution equally and fairly to all citizens.

"The posts of the judicial decision-makers are generally held by people who have religious training in Sharia law. They are not able to make independent judgments and often have their jobs thanks to some relative or clan member. The continuously expanding intervention of the government, and the executive, has shut down the independence of the judiciary," he explains.

Without a fair trial, says Jalal, it is irresponsible to carry out the death penalty.

An international case is also awaiting a verdict from an Afghan court in the coming weeks. The Afghan soldier, Abdul Saboor, is accused of killing four French troops. Observers expect that he, too, will be hanged. When Human Rights Watch asked the French government about the case, Paris replied that it had no objections to an execution.

Pakistan has released several Afghan Taliban prisoners to "facilitate the peace process" in Afghanistan. However, experts say this should not be mistaken for a change in Islamabad's Afghanistan policy. (15.11.2012)