Never before has an EU government done so much damage in so little time. In his first 100 days Alexis Tsipras has slammed shut every door and alienated his friends. But the chaos continues, writes Barbara Wesel. 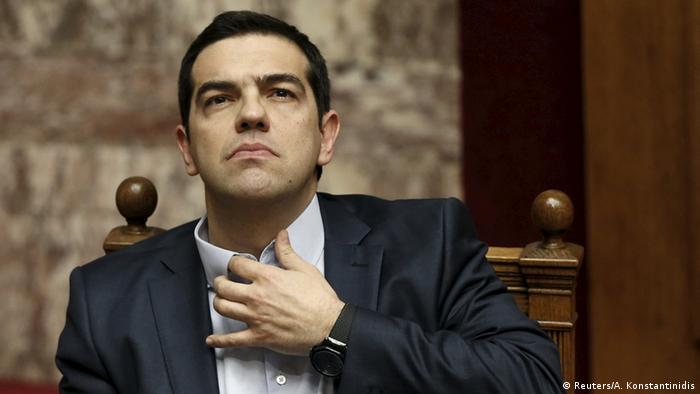 Should you cry or put your head in your hands, get depressed or throw a fit? The Greek prime minister and his cabinet of amateur actors have succeeded in burying the tender flower of economic growth under a gravel heap of uncertainty, contradiction and disorientation after just three months in power.

The European Commission has just downgraded its original growth forecast by half a percentage point, making all the talk of how to use surpluses that the Greek prime minister uttered at his March meeting with Angela Merkel superfluous. There is no more surplus. And if things keep up at this pace, Greece will soon fall back into recession and even deeper into the red.

The Greeks have been on the prowl again on the international front. Finance Minister Varoufakis is calling on Brussels and Paris again, hoping to drive a wedge between the International Monetary Fund (IMF) and Europe. Alexis Tsipras has called Chancellor Merkel again and a further delegation is negotiating with the ECB about increasing emergency funding for Greek banks. It seems as if the Greek government is up to its chin in hot water. But Angela Merkel cannot say anything to the Greek prime minister that he hasn't already heard from his archenemy, German Finance Minister Wolfgang Schäuble: Greece must fulfill its commitments and enact reasonable reforms before any further cash will begin to flow.

Is that finally clear? Neither Berlin nor any of the other European countries will let themselves be extorted by the Greeks. There are no special exceptions for chutzpah. And Greece has no entitlement to government financing through the eurozone. Those who want help must prove that they are willing to do something to get their economy back on track. 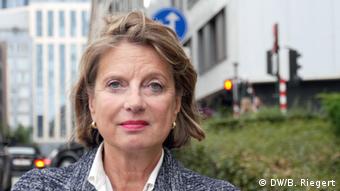 And there lies the biggest disappointment: it would have been nice if a populist leftist government would have demonstrated that they had their own new ideas about how one could get a small country back on solid economic footing. Environmentally friendly tourism, trailblazing solar energy, a new natural form of agriculture - what could creatively be done to take advantage of Greece's natural bounties? Instead, we got great-grandfather, capital "S" Socialism with government financing and unproductive public services. The same ideas that saw the old GDR sink into the ashes.

And now a word about the team: everyone in Brussels was thrilled when Finance Minister Varoufakis was replaced with a new chief negotiator. He had presented himself as a global economist, giving his colleagues economy 101 lectures, and generally annoying them with his vanity and flightiness.

Unfortunately, the bad news is that Varoufakis is back. The man is and remains a gambler, and he continues to drive everyone mad with his contradictoriness. He recently reiterated his explanation that Greece could survive without new loans, while at the same time, a cabinet spokesman in Athens was speaking of a fraught liquidity position, Tsipras was phoning with Merkel, and the deputy prime minister was begging at the ECB.

That is the way it has been the whole time: with various ministers from different wings of the party contradicting each other and their prime minister in the course of a day, while, at the same time, seeking to play their negotiating partners off against one another. At the end of the day no one knows what will stick, simply because it remains to be seen whether or not Tsipras can keep the Marxists, the Trotskyites, and the rest of the coffeehouse extremists in his party under control.

Enough of this circus

That is all pretty entertaining for reporters - and there are a number of very funny articles about it. Like the one about the last meeting of finance ministers in Riga, where Yanis Varoufakis skipped dinner and wandered over the city's bridges alone after being told by his colleagues that they were entirely fed up with his antics.

But the ongoing drama could end up a tragedy for the Greek people. Most Greeks continue to support remaining in the eurozone, and most continue to support Syriza. The citizens have yet to realize that those two things don't fit together. They cannot vote away their debts. And they have to reform their economy in such a way that they can support themselves.

The Greeks must also stop pointing fingers at the IMF and the eurozone as if they were responsible for the current dilemma and recognize that the crisis was caused instead by a long line of irresponsible Greek governments.

The government of Alexis Tsipras has now joined that shameful list in what seems like a depressing moment of déjà-vu.

But the suffering must have an end: the government in Athens can immediately return to reality, voluntarily exit the eurozone, or hold new elections. Or even do all three at the same time, but another hundred days of the same is impossible.

Greece has stepped up its diplomatic efforts to secure more money from its international creditors and prevent a 'Grexit.' But will it be enough to seal a deal before next week, when Athens is hit with another huge bill? (05.05.2015)

100 days of solitude - The Greek prime minister's start in office

Alexis Tsipras has been the Greek leader for 100 days. In that time, important laws were announced, but never materialized, and talks with creditors have stalled. Yanis Papadimitriou reports from Athens. (05.05.2015)

Opinion: Twitter's Trump ban is no Chinese-style censorship 13h ago