What does it mean to be declared persona non grata?

Daniel Kriener, Germany's ambassador to Venezuela, has been declared persona non grata and given 48 hours to leave the South American country. What does that mean? DW explains. 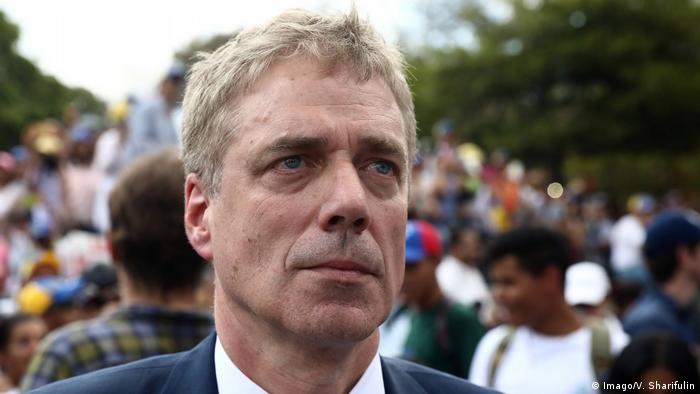 For the second time in less than a year, Venezuela has declared a foreign ambassador to the country persona non grata.

Daniel Kriener, the German ambassador to Venezuela, was the most recent victim of the diplomatic designation. He was told by President Nicolas Maduro's government on Wednesday that he had 48 hours to leave the South American nation after being accused of having "interfered in the country's internal affairs."

Venezuela handed down the same declaration last May to Todd Robinson, the US ambassador to the country, and his deputy Brian Naranjo after the United States imposed sanctions.

In January, Somalia banished Nicholas Haysom, the head of the United Nations mission in the country, with a persona non grata declaration. He was also accused of interfering with internal affairs.

Dennis Horak, the Canadian ambassador to Saudi Arabia, was also declared persona non grata last August after calling for the release of a civil activist in Saudi detention.

What is a persona non grata?

In literal terms, the phrase is Latin for "an unwelcome person." The term in a diplomatic sense refers to a foreign person whose entering or remaining in a certain country is prohibited by that country.

The designation received diplomatic meaning at the 1961 Vienna Convention for Diplomatic Relations. Under Article 9 of the treaty, a country can declare any member of a diplomatic staff persona non grata "at any time and without having to explain its decision."

The persona non grata declaration is the most damning form of censure a country can bestow on foreign diplomats considering they are protected from arrests and other forms of prosecution under diplomatic immunity.

A person declared as such can be recalled from a diplomatic mission or have their functions with the mission terminated. If the declared person is not recalled, the country can refuse to recognize the person as part of the mission.

Persona non grata can also apply to people who have yet to enter a country.

Why is it used?

Because countries who declare someone persona non grata do not have to give an explanation for such a move, the designations have been given for a rather wide range of reasons.

It has mostly been used as a symbolic gesture as a way for a country to show displeasure with the actions of another country or entity. It has also been used to expel diplomats accused of espionage, as was the case in 2016 when India expelled Pakistani diplomat Mehmood Akhtar after he was arrested and accused of running a spy ring. 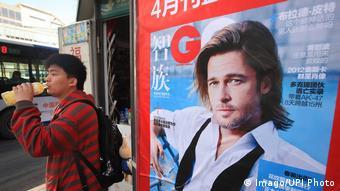 The declaration has been used in a tit-for-tat fashion, for instance during the Cold War.

In 2009, Venezuela and Israel expelled each other's diplomats after an Israeli offensive on the Gaza Strip. The United States and Ecuador had a similar exchange of expulsions after diplomatic cables were linked to secret-sharing nonprofit WikiLeaks.

It's not only diplomats who have been slapped with persona non grata status. Actor Brad Pitt was declared persona non grata by China after starring in the 1997 film "Seven Years in Tibet," though the ban was lifted in 2014 when he accompanied his then-wife Angelina Jolie on a film tour.

Israel declared Günter Grass, a German novelist, poet and playwright who won a Nobel Prize in 1999, persona non grata in 2012 after he depicted the country as endangering global peace.

Back when US President Donald Trump was just a real estate tycoon and a reality television star, he was declared persona non grata by Panama City's Municipal Council after saying the US was "stupid" to "give away the Panama Canal for nothing."

Washington restores status of EU mission to US

The US has put an end to its dispute with the EU over diplomatic protocol and praised the bloc as "one of America's most valuable partners." The perceived snub had caused friction earlier in the year. (04.03.2019)