Ruzickova survived persecution from the Nazis and Soviet communists before becoming one of the world's most acclaimed harpsichordists. She died in a Prague hospital after battling a short illness. 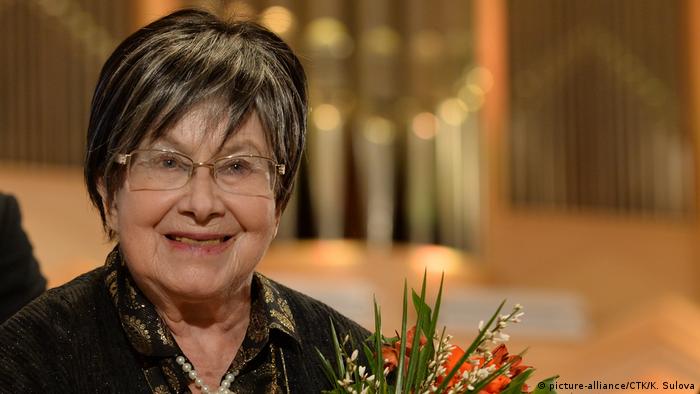 Zuzana Ruzickova suffered decades of persecution on her journey to becoming an award-winning musician and world-famous harpsichordist.

"She was a woman with incredibly tough experiences and traumas suffered during the Holocaust," music journalist Petr Veber told the Czech CTK news agency. "Fortunately, she survived and she was able to get over it."

Born on January 14, 1927, Ruzickova was expelled from school for being Jewish shortly after Nazi Germany's occupation of Czechoslovakia at the beginning of the Second World War.

In 1942, she and her family were interned at the Czech concentration camp at Theresienstad, where her father later died.

Following her father's death, Ruzickova and her mother where sent by the Nazis to the death camps at Auschwitz, and later at Bergen-Belsen.

Already a keen lover of music, Ruzickova told DW in an interview this year that her love of Bach's music gave her the strength and hope in the bleakest of moments.

After surviving the war, Ruzickova went on to study the harpsichord in Prague and Paris. Then, in 1956, she won a Munich music competition, which launched her career as a professional musician.

However, she still faced major obstacles in making it as a performer and teacher in Czechoslovakia, where the communist regime had condemned the harpsichord for being a feudal and religious instrument.

That forced Ruzickova to focus much of her career as a professional pianist. At concerts, she used to first play the same tunes on the piano and only then on the harpsichord.

However, it was also within those decades, between the 1960s and 70s, that she became the first musician to record Johann Sebastian Bach's complete collection on the harpsichord, a collection spanning 35 records.

It wasn't the 1980s that Ruzickova persuaded Prague's Academy of Performing Arts to accept the harpsichord as part of its recognized instruments.

Ruzickova was bestowed with numerous awards, including the Order of Arts and Letters, one of France's most prestigious cultural honors.

She was married to Czech composer Viktor Kalabis, who died in 2006 at the age of 83.