South Africans have lashed out at President Jacob Zuma after he sacked Pravin Gordhan as finance minister. The opposition has called for a vote of no-confidence as the business community warns of economic repercussions. 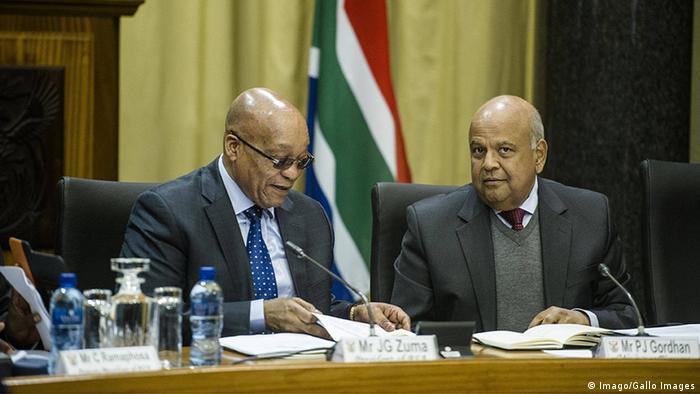 President Jacob Zuma's cabinet reshuffle, and particularly the sacking of Pravin Gordhan as finance minister, has thrown the country into a political storm. Protest marches have been held in Pretoria and Cape Town with political parties, trade unions, NGOs and community leaders calling for Zuma's resignation.

Leaders of the Save South Africa movement, which organized the protests, have called on all South Africans to mobilize like they did during the anti-apartheid period. They are demanding that Zuma step down before he further damages the country. 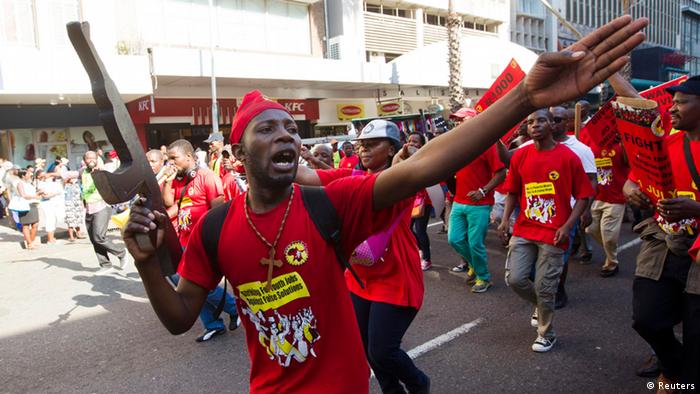 South Africans who spoke to DW said the ministerial changes would have far-reaching consequences for the country's struggling economy.

Steven Dlamini, a resident of Durban described Zuma's move as "pathetic." "When you look at the rate of unemployment in South Africa, it is too high. It [Gordhan's sacking] is definitely going to affect the ordinary person," Dlamini said.

"In fact sooner or later, we are going to hear an increase in the price of petrol because of the president's wrongdoings," Dlamini added. "I think it is a very stupid thing to do. It's not good for the economy," Jacob Labuschange, another Durban resident, said. "Now all our imports are going to get a lot more expensive."

He said leaders in the country need to stand up and show that they are more concerned about the people than themselves. "Kick [Zuma] him out and get someone competent to run the country," Labuschange added.

South Africa's opposition parties, the Democratic Alliance and the Economic Freedom Fighters, have also taken steps to have Zuma removed as president. The DA has submitted a motion to parliament calling for a vote of no-confidence. The DA has also filed a legal challenge to stop the new ministers from taking office. The EFF, for its part, has approached the Constitutional Court to compel parliament to act against Zuma. EFF leader Julius Malema has warned Zuma to prepare himself for impeachment.

The firing of the widely respected finance minister sent the South African rand tumbling by close to five percent. Business leaders who make up the CEO initiative were quoted on South Africa's online daily news24 as saying the sacking of Gordhan would deal a severe blow to the economy. The initiative was formed in 2016 to help steer South Africa back to economic growth and avoid further credit downgrades.

While addressing the media on Friday after he was relieved of his duties, Pravin Gordhan, the former finance minister, said he and his former deputy, Mcebisi Jonas, had concentrated their efforts to promote economic stability, growth and the socio-economic advancement of all South Africans, especially the poor and marginalized.

In an obvious reference to the corruption allegations surrounding Zuma and the wealthy Indian Gupta business family, Gordhan said his soul and that of the country were not for sale. "Let me conclude by saying that for the last 15 - 16 months, we have been subjected to the most horrific attacks on the work that we do." 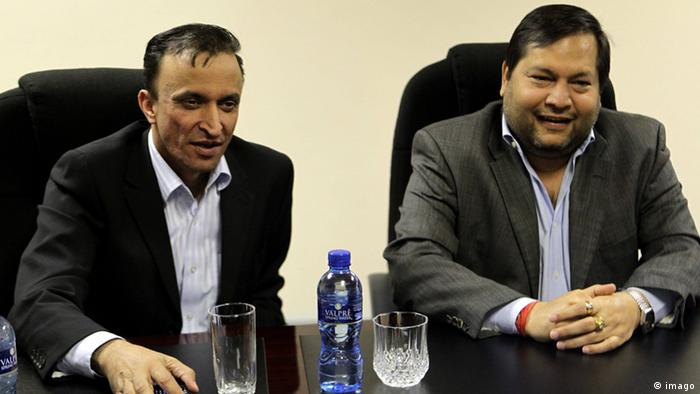 The Gupta brothers are accused of influencing President Jacob Zuma.

Deputy President Cyril Ramaphosa also expressed his disapproval at the removal of Gordhan and Jonas, referring to the decision as "totally unacceptable."

Ramaphosa said he had had been opposed to the sacking of Minister Gordhan "because he was being removed on the basis of an intelligence report that I believe had unsubstantiated allegations about the minister of finance and his deputy." The allegations are that Gordhan and Mcebisi had gone to London to mobilize financial markets against South Africa.

Karima Brown, a political analyst in South Africa, told DW, Zuma had succumbed to the Guptas. "This explains the kind of influence the Gupta family has over the Zuma administration," Brown said. He said the new political development is a victory for the Guptas. "This is a Gupta coup."

Subry Govender contributed to this article.