Robert Mugabe, who ruled Zimbabwe for decades, has accused the military of orchestrating his departure from office. With little chance to make a comeback, analysts believe he sees himself as "part of the solution." 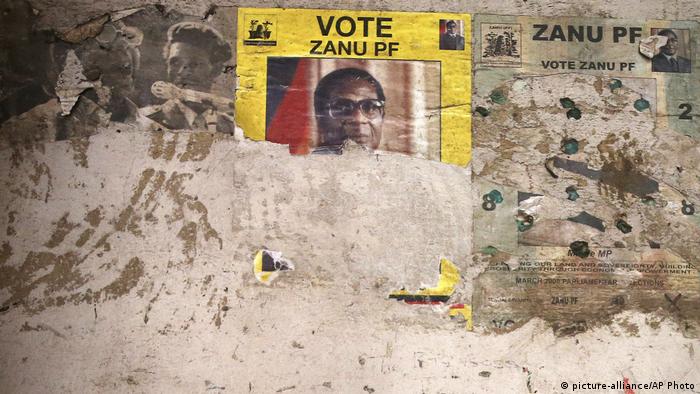 Former Zimbabwean President Robert Mugabe on Thursday said he was ousted from power by a "coup d'etat" in an interview conducted by South African broadcaster SABC, marking his first media appearance since he left office in November.

The 94-year-old Zimbabwean, once dubbed the longest-ruling leader alive, was forced to step down last year after a military intervention prompted mass protests and his own political party launched impeachment proceedings against him. Mugabe led Zimbabwe after independence from the UK in 1980

But interim President Emmerson Mnangagwa, Mugabe's former confidant, said on Friday that Zimbabwe "has moved on" after Mugabe's resignation, saying the former leader "is entitled to express himself freely, as is the case for any private citizen."

"Our focus at this time shall remain on preparing for free, fair and credible elections in 2018," said Mnangagwa in a statement posted to Twitter.

"This is a key step in the immense task at hand, which is to lift our people from the effects of years of severe economic regression and international isolation."

Why does this matter: In November, Zimbabwe's military placed Mugabe under house arrest, saying it was implementing a "national democratic project." Although many Zimbabweans celebrated Mugabe's departure, some remain skeptical of the military's involvement.

"The situation has not changed since they removed Mugabe," businessman Munyaradzi Chihota told AFP news agency. "(Mugabe) is 100 percent right that this was a military coup, that this country has been turned into a military state — and that this has to be undone."

What happens next: Polls are slated for August. It will be Mnangagwa's first electoral test after taking over from Mugabe. According to analysts, Mugabe is unlikely to make a comeback. But they believe he has a vested interest in determining the future political landscape of the country.

"In the back of his mind, (Mugabe) still sees himself as part of the problem and part of the solution," Gideon Chitanga of the Johannesburg-based think tank Political Economy Southern Africa, told AFP.