The Zimbabwean opposition leader and former prime minister, who died on Wednesday, leaves behind a legacy of political activism during the Mugabe era. A personal recollection by DW correspondent Privilege Musvanhiri. 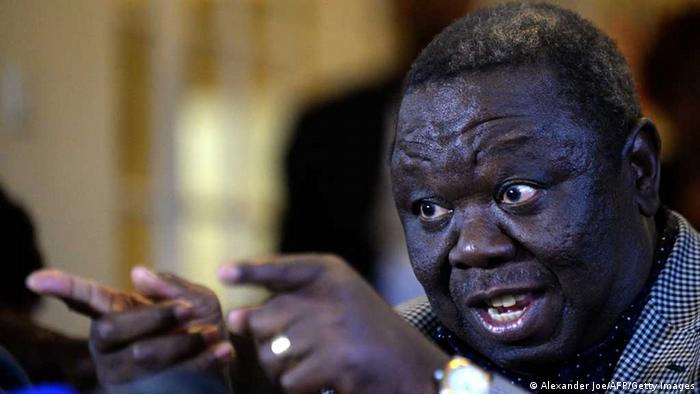 The father of Zimbabwean opposition politics, Morgan Tsvangirai, is no more. He was one of the bravest and most committed social democrats Zimbabwe has ever produced.

Sadly, he has passed on without fulfilling his dream of leading a democratic Zimbabwe.

Tsvangirai was the first opposition leader to dare utter the words "Mugabe must go" — a mantra which eventually became a national anthem when long-time ruler Robert Mugabe was ousted last November.

It was a reality that Tsvangirai lived to see, but like Moses who led the children of Israel out of Egypt, he will not see the Promised Land.

During the 1990s the name Morgan Tsvangirai soon became synonymous with resistance and the determination to define one's destiny.

Morgan would often lead long workers' demonstrations that brought Zimbabwe to a standstill.

It came as a shock to the government of then-President Mugabe, who had never experienced this level of civil resistance in the history of independent Zimbabwe.

The popularity of the labor movement led to the formation of the opposition party Movement for Democratic Change Zimbabwe (MDCZ) in 1999, after which Tsvangirai became a household name and ran against against Mugabe in the 2002 election.

For me, his daring spirit was unprecedented. No one dared challenge a dictator like Mugabe, who often appeared witty in upstaging his opponents.

Mugabe was not amused by Tsvangirai's challenge. What followed were trumped-up treason charges intended to portray the opposition leader as a terrorist ahead of the 2002 elections.

He was entrapped by a Canadian-based political consultant, Ari Ben Menashe, who was paid by Mugabe's regime to obtain testimony of Tsvangirai plotting to kill Mugabe on a secretly filmed video.

Tsvangirai faced a lengthy jail term or execution, but this did not break his spirit. He was eventually acquitted. 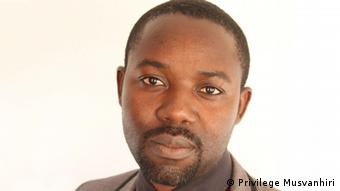 I was a cub reporter back then, working for the national news agency. In my mind, I would ask myself why Tsvangirai would think of killing Mugabe.

It was difficult to understand but having covered the Tsvangirai story throughout his political career, I came to the conclusion that he was not a man who would assume power through forceful means.

Numerous attempts were made on his life to break his spirit, but Tsvangirai would always soldier on.

Voters wanted Mugabe out but he would not have none of that. Tsvangirai narrowly won the elections but victory was snatched from his reach after the election commission delayed results for almost two months.

Tsvangirai showed strength of character in agreeing to form a power-sharing government with an adversary, becoming the country's prime minister.

Critics judged him to be weak and accused him of seeking personal gain, but he did what he could to save his supporters who were being savaged by Mugabe's regime.

Zimbabwe has lost an important opposition leader. He left behind big shoes to fill. His larger than life stature won't be easy to match.

Sadly, he leaves us at a time when the opposition party is at its weakest: they needed him for the 2018 elections.

There are many who hope to succeed him, but only unity of purpose will galvanise opposition politics.

Failure to put aside differences and unite to fight as a unified force against the ruling ZANU-PF party will only contribute to the demise of Zimbabwe's opposition.

Every man walks his own path and it comes to an end at some point. Morgan Tsvangirai walked his. Rest in peace.

Zimbabwe's longtime opposition leader Morgan Tsvangirai has died at the age of 65. The former trade unionist was one of Robert Mugabe's strongest critics.  (14.02.2018)

Zimbabwe opposition leader Morgan Tsvangirai hints he will step down

Longtime opposition leader Morgan Tsvangirai has been battling cancer. His strong hint that he will step down comes as Zimbabwe is expected to hold elections later this year following the resignation of Robert Mugabe. (09.01.2018)

Zimbabwe's main opposition party MDC-T is about to hold an elective congress. Party leader Morgan Tsvangirai, recently the target of an internal, abortive coup, has told DW he will be standing for re-election. (30.10.2014)