Zimbabwe’s Robert Mugabe has defied widespread calls to quit as president, telling the nation he would "preside" over his party’s next congress. This follows his dismissal as ZANU-PF leader by its central committee. 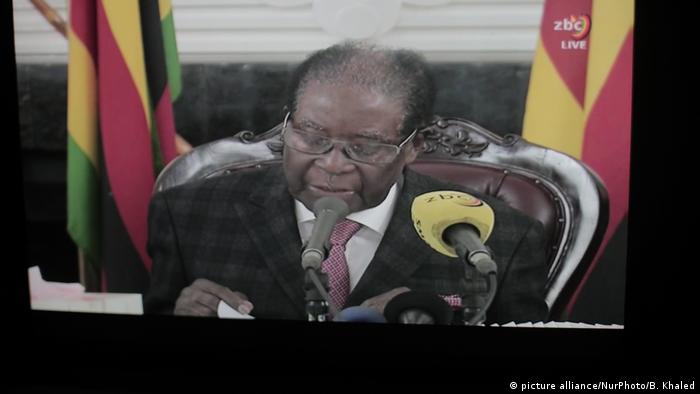 The Central Committee of his ruling ZANU-PF party had earlier ousted him as party leader and given him until noon Monday to end his 37-year-long reign as head of state or face impeachment.

However, Mugabe made no references in his speech of his party's moves to dismiss him. Instead, he said he acknowledged what he termed "a whole range of concerns" raised in a "spirit of honesty" by elements of Zimbabwe’s security forces during the past week’s military intervention. 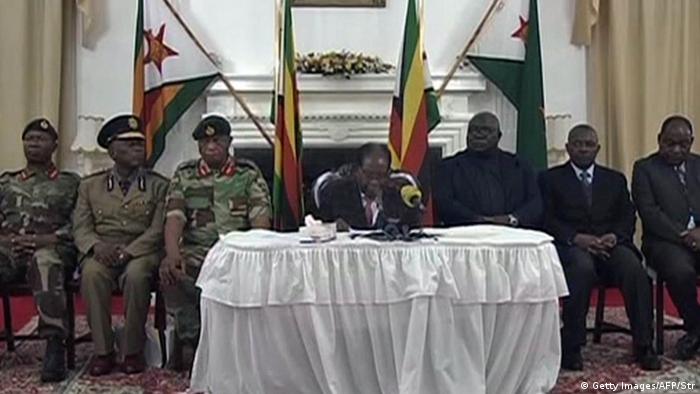 Failures of the past had triggered anger "in some quarters," Mugabe said, adding that these were "quite understandable."

Mugabe said he had just emerged from a meeting with commanders facilitated by mediators of the Catholic Church, adding that the past week's military intervention "did not amount to a threat."

He claimed Zimbabwe was heading for a "promising agricultural season" and said the nation should get "refocused."

Tens of thousands of people had poured into the streets of Harare on Saturday to demand that Mugabe step aside after overseeing the once-prosperous country's economic collapse.

However, Mugabe's refusal to step down left Zimbabweans dumbstruck. Opposition leader Morgan Tsvangirai told Reuters that he and the whole nation had been left "baffled," before accusing the 93-year-old president of having "let the whole nation down."

Zimbabweans also reacted with bafflement on Twitter with constitutional lawyer Fadzayi Mahere tweeting: "A coup that's not a coup. A resignation that's not a resignation. Reality in Zimbabwe isn't real here."

Generals took over last Tuesday after it emerged that President Mugabe had fired Mnangawa and was set to install his highly unpopular wife, Grace, in the position. Mugabe was put under house arrest while refusing to step down as president after initial talks with the army.

With many jubilant at the end of repressive and economically disastrous Mugabe era, there are concerns that the military takeover last week will not herald a period of change, but rather, will continue the status quo.

By refusing the acknowledge that events amounted to a coup d'etat, the military appears to be trying to avoid triggering an automatic expulsion from the Southern African Development Community (SADC) and the African Union. 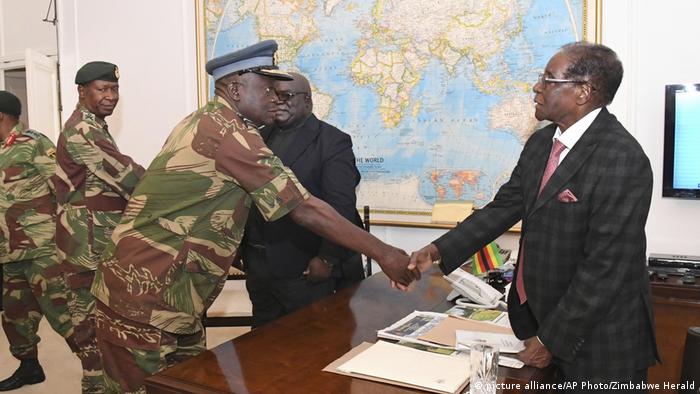 Is Mugabe dragging out talks?

According to Chris Mutsvangwa, leader of the liberation war veterans who have been pushing for Mugabe's ouster for the best part of 18 months, parliament will move to impeach the president when it next sits on Tuesday.

He also implied that Mugabe simply had not been aware when he gave his speech that his ZANU-PF party had expelled him hours earlier.

Mutsvangwa said that "either somebody within ZANU-PF didn't tell him what had happened within his own party, so he went and addressed that meeting oblivious, or (he was) blind or deaf to what his party has told him."

Similar threats of impeachment were made by the ruling party's chief whip, Lovemore Matuke. While Mugabe's refusal to resign had come as a surprise, Matuke said he didn't see it as an obstacle to the president's impending impeachment.

"We had understood that his resignation was coming to avoid the embarrassment of impeachment," Matuke said. "The army is taking its own route, and as politicians we are taking our own route, but the ultimate goal is to make sure he goes, which he should have done tonight."

He still refuses to step down, but the era of Robert Mugabe has ended. His successor Mnangagwa must harness the momentum to build political bridges — otherwise the turning tide could take him with it, says Claus Stäcker. (20.11.2017)