The youth vote is key in Zimbabwe's first election since its nonagenarian president, who sat tight for decades, was booted out. The poll on July 30 is expected to be a showdown with an entrenched old guard. 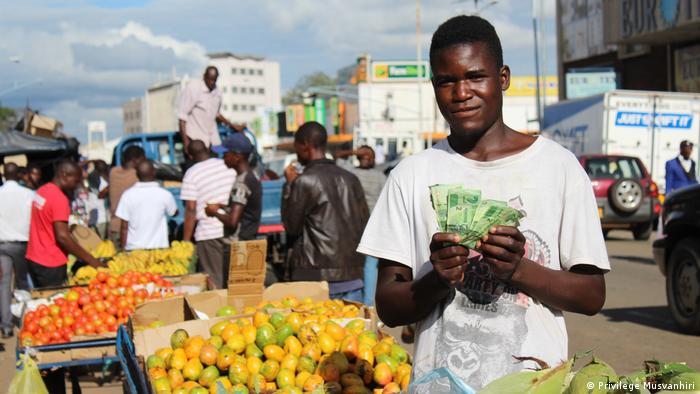 The political temperature is rising as parties traverse Zimbabwe to canvas for votes, in the run-up to a general election on July 30.

The poll promises to be a showdown between the young and the old guard.

The main candidates for president are incumbent Emmerson Mnangagwa and Nelson Chamisa of the opposition Movement for Democratic Change (MDC).

At age 75, Mnangagwa is a stalwart of the Zimbabwe African National Union-Patriotic Front (ZANU-PF). He was chosen to replace Mugabe, now 94, when the army stripped him of the party leadership and booted him out of office in November.

Chamisa is 40 and already a seasoned opposition lawmaker. The former student leader succeeded MDC founder Morgan Tsvangirai upon his death in February. 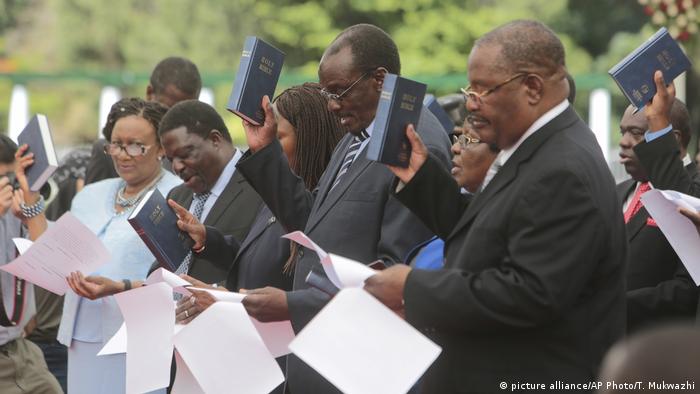 A new cabinet was sworn in under Zimbabwe's President Emmerson Mnangagwa in December.

Feelings are mixed among young Zimbabweans, who make up 43 percent of the 5.6 million registered voters.

Some feel let down by the old guard.

Mugabe's policies isolated the southern African country and sent its economy into free-fall. Hyperinflation, a worthless currency, critical shortages and unemployment have lingered for decades.

Jobs are still so scarce that university graduates are forced to resort to small-scale street vending to survive.

"Based on the previous history of rigging, you don't really know how much your vote will count. But it is very important to go and vote for the candidate we want," comedian Mukudzei Kandora Majoni told DW in the capital Harare.

"The most terrible thing we have in this election is that Zimbabwe is still very far from having an ideal candidate. We have necessary candidates," he said. 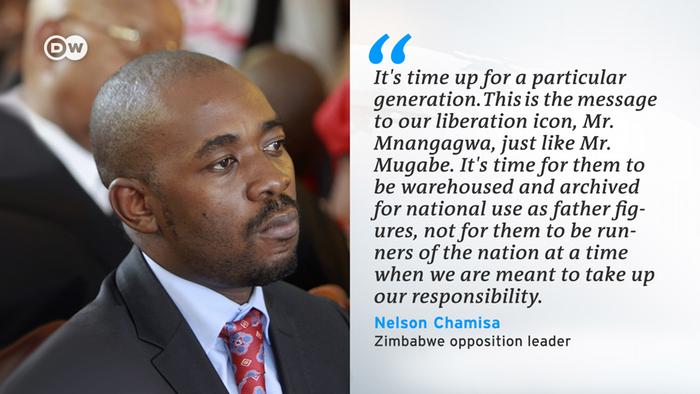 Nelson Chamisa became Zimbabwe's youngest lawmaker at 25 in 2003 and went on to lead the main opposition party in 2018.

Gift Ostallos Siziba said he was optimistic but wary of vote rigging.

"Major revolutions — be they political, be they economic — were pushed by young people. So, Mnangagwa must ensure that this election is free, fair and credible," the 25-year-old told DW.

A number of young candidates are among those vying on the local government level and for parliamentary seats. Fadzayi Mahere, a 32-year-old barrister, is one of them.

Mahere is running as an independent member of parliament for the constituency of Mount Pleasant in the capital Harare.

DW asked her why she decided to go into politics.

"It's a desire for a value-based political system where the issues and the daily struggles of the ordinary man and woman matter and are critical. It is also to try and inspire a new style of doing politics where the people in the community are the front and center and there is competent representation in the house," Mahere said.

But Zimbabwe's youth won't have the final say in the elections, says political analyst Takura Zhangazha.

"The young and new voters will have a tremendous impact on this election, given the figures issued by the Zimbabwe Electoral Commission that puts them in a slight majority over any other age group. So, essentially, they are the determinants of the victors but they cannot win that election alone. There is always need for intergenerational support for any party that intends to win the presidency," Zhangazha told DW.

A court in Harare has rejected a request by Zimbabweans living abroad to cast their ballots in the upcoming elections. The ruling came shortly after President Emmerson Mnangagwa announced July 30 as election day. (30.05.2018)

Six months ago, the coup that Zimbabwe’s government refuses to call a coup, gently pushed 93-year-old Robert Mugabe off his seat and replaced him with Emmerson Mnangagwa. How far has Zimbabwe come since then? (24.05.2018)