As the country mourns the loss of the longtime opposition leader, his party colleagues are already caught in a power struggle which will likely diminish their chances in Zimbabwe's first post-Mugabe election. 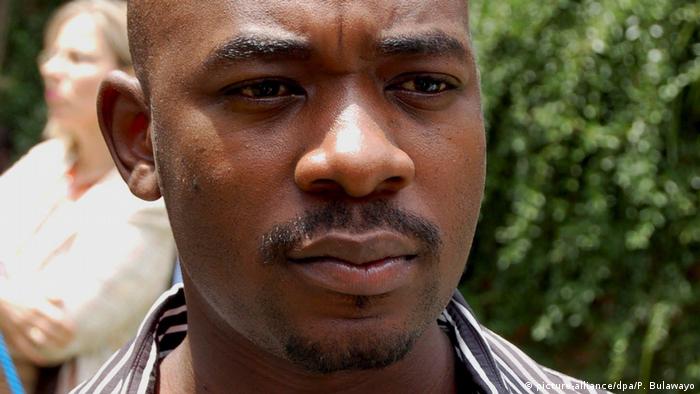 Disunity and squabbles within Zimbabwe's Movement for Democratic Change (MDC) party are threatening to overshadow the death of its longtime leader, and former Prime Minister, Morgan Tsvangirai.

Tsvangirai, who died in a South African hospital on Wednesday after a long battle with cancer, left behind a party which has grown into Zimbabwe's largest opposition faction. But the question over who will replace Tsvangirai as party leader has quickly morphed into a very public power struggle.

The day after his death, Vice President Nelson Chamisa was chosen as Tsvangirai's replacement "for the next 12 months." However, the decision has already been challenged by two other MDC vice presidents; Elias Mudzuri and Thokozani Khupe, who both boycotted the meeting which installed Chamisa as leader.

Party spokesperson Obert Gutu argued that Chamisa's appointment as interim party leader is in violation of the MDC's constitution.

"We have a crisis of leadership," he said, "It would appear that our colleagues have been pushing their own agenda. It was in utter bad taste to chose a new leader when our president, our leader, our boss's body, is still lying in a morgue. We feel that history will judge us very harshly." 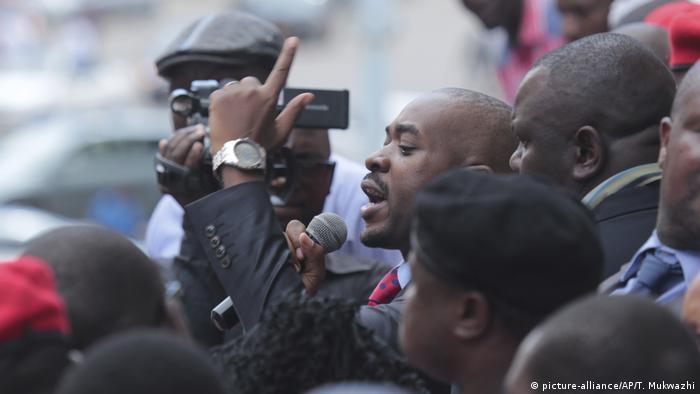 Newly appointed MDC leader, Nelson Chamisa, addresses the crowd outside the party headquarters in Harare. His appointment has led to further divisions within the MDC

But editor-in-chief of The Zimbabwean, Wilf Mbanga, says the power struggle was not the result of Tsvangirai' s death, but may have unintentionally been of his own making.It began a few years earlierafter Tsvangirai made the unusual move of  appointing three vice presidents rather than one.

"Since [Tsvangirai's] death, Nelson Chamisa seems to have the support of the various leaders within the organization," Mbanga told DW, "But this has been contested by Khupe and Mudzuri. And it's turning out to be a very nasty fight."

So nasty, in fact, that some Zimbabweans have accused the MDC of being downright disrespectful of Tsvangirai and the challenges he faced; he was infamously beaten, jailed and accused of treason by the Mugabe government during his years as opposition leader.

Mbanga agrees: "It's turning out to be very embarrassing [for the MDC], especially when the whole country is united in grief and mourning the death of Tsvangirai.

With afederal election set to take place just a few months from now, the MDC party needs to get its act together fast if it wishes to be considered as a serious contender against the ruling ZANU-PF party – despite concerns that new President Emmerson Mnangagwa will merely continue the administration of long-time ruler Robert Mugabe.

"Unfortunately with all this in-fighting, it's highly unlikely that the [MDC] party will be well-organized enough," Mbanga told DW. A divided opposition would give Mnangagwa an even clearer road to victory than expected. Since taking over from Mugabe, Mnangagwa has made a point of saying what Zimbabweans want to hear, as well as reaching out to the international community.

"He's talking about opening up foreign direct investments and therefore creating jobs, he's talking of creating free and fair elections," Mbanga told DW, "These are the things that Zimbabweans want to hear, these are the issues over which the next election will be fought. Meanwhile, the MDC leaders are too busy fighting among themselves and denouncing each other."

Political analyst Rashweat Mukundu told DW that the MDC finds itself in a very difficult political situation in the lead up to the election.

"We have the MDC probably at its weakest since its formation," he said, "Now that Morgan Tsvangirai is off the political stage his death is likely to worsen the divisions in MDC and its certainly not a healthy political situation for the MDC that they now have to prepare for an election whilst divided. Focus of the MDC leadership needs to be on consolidating their power base." 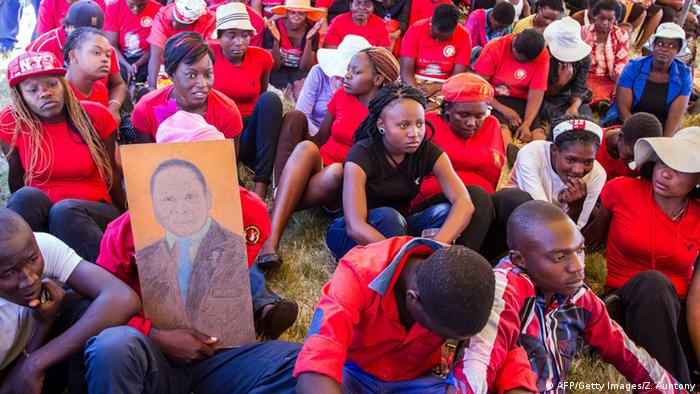 One thing the MDC can use to its advantage in the upcoming election however is its appeal towards Zimbabwe's young generation – despite reports of violence among the party's youth faction after the appointment of Chamisa.

"The young people are very vocal and many of them have actually registered to vote which is important," says Mbanga, "They are the foot soldiers of any organization."

And while the party remains divided over the leadership of Chamisa, his relatively young age compared to his counterparts means he is already enjoying support from the party's youth faction.

"Most of the youth are supporting Chamisa, who himself is 40-years-old," says Mbanga, "So they see him as the future of the MDC. The other candidates are in their 50s and 60s."

Regardless of who takes over the helm of the MDC, the majority of Zimbabweans are in agreement that Tsvangirai was one of a kind.

"This is a tough call," says Mbanga, "Morgan Tsvangirai was larger than life, and it will be very difficult for anyone to step into his shoes."

Privilege Musvanhiri contributed to this piece