A court in Harare has rejected a request by Zimbabweans living abroad to cast their ballots in the upcoming elections. The ruling came shortly after President Emmerson Mnangagwa announced July 30 as election day. 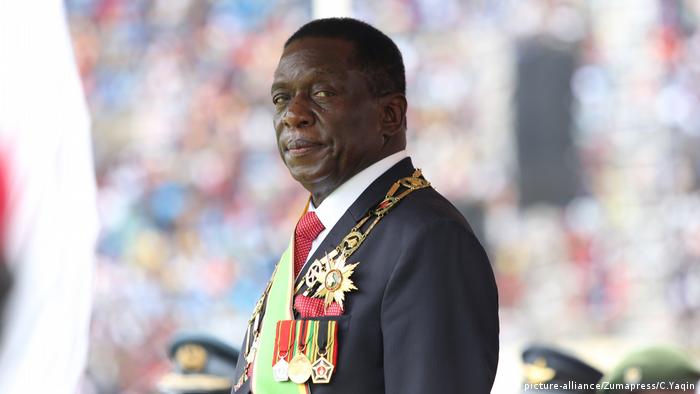 According to the ruling, Zimbabweans working and living outside the country will be unable to vote unless they travel back home to register for the elections. The court did not give any specific reason for its decision. Belinda Chinowawa of Zimbabwe Lawyers for Human Rights said the ruling is unfair to the millions of Zimbabweans affected.

"We really believed that there is now a constitutional right for all Zimbabweans to vote whether they are based in Zimbabwe or they are working abroad," Chinowawa said.

There is no official figure of the number of Zimbabweans living abroad. But the legal team that filed the court request put the estimate at five million.

The government, however, said it lacks sufficient funds to conduct elections overseas. "The decision has been handed down and the elections commission will act accordingly," said Tawanda Kanengoni, lawyer for the Zimbabwe Electoral Commission.

These will be Zimbabwe's first-ever elections since independence in 1980 without the participation of Robert Mugabe, who resigned in November amid pressure from the military, his party and the public.

What happened so far?

The July 30 polls will be a tussle between 75-year-old incumbent President Emmerson Mnangagwa and 40-year-old Nelson Chamisa, leader of the main opposition Movement for Democratic Change (MDC) party.

The MDC said it accepted the date but urged the government for "electoral reforms (to be) implemented before the elections are held."

The date unveiled in the government gazette stated that prospective candidates will be registered on June 14 and if no candidate receives a simple majority in the first round of the presidential election, a run-off will be held on September 8th.

Previous elections under Mugabe were marred by corruption, intimidation and violence. But Mnangagwa, a longtime ally of Mugabe, pledged a "free, fair and credible" election.

He invited observers from Western countries for the first time since 2002 as part of efforts to re-engage with the international community after decades of isolation and sanctions.

Columbus Mavhunga contributed to this report.

Zimbabweans hold their breath ahead of July elections

Free and fair elections were one of Zimbabwean President Emmerson Mnangagwa’s central promises when he took power six months ago. But will he deliver? Voters in the capital, Harare, are skeptical. (16.05.2018)