Zimbabwe's transport and foreign ministers have both succumbed to the disease within less than two days of each other. Four ministers have died so far, with several more reportedly fighting for their lives in hospital. 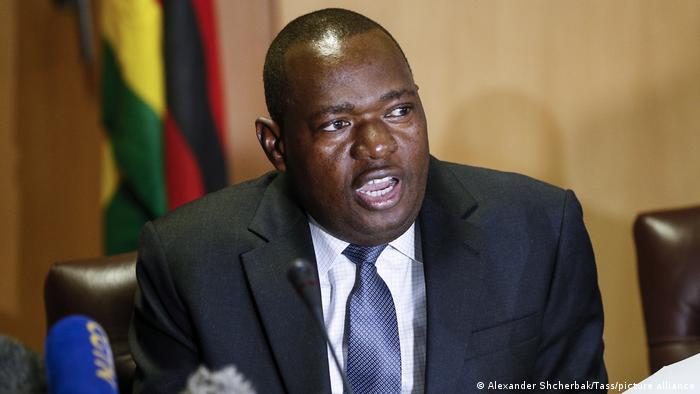 Zimbabwe announced on Saturday that authorities will strengthen lockdown measures after two government ministers died of COVID-19 within days of each other.

On Friday, the country reported the death of Transport Minister Joel Matiza, less than two days after the death of Foreign Minister Sibusiso Moyo.

Moyo, who gained prominence in 2017 as the military general who declared the coup against then-president Robert Mugabeon television, died of complications related to the virus aged 61.

Opposition spokeswomanFadzayi Mahere said she tested positive after being released from prison. The Movement for Democratic Change (MDC) spokeswoman was freed after seven days of detention on Monday for tweeting a video showing alleged police violence.

Several other cabinet ministers are reportedly fighting for their lives in a private hospital, according to unconfirmed local media reports.

"We are in a dark cloud that we have to clear very soon," deputy Health Minister John Mangwiro told the German news agency dpa.

The Health Ministry unveiled plans over the weekend to tighten the current lockdown, which has been in place since the beginning of January.

Restaurants, bars, gyms and other nonessential businesses are still closed. As part of measures to stem the virus, Zimbabwe had also enforced an evening curfew and deployed police to patrol the streets.

"We have seen people not adhering to the lockdown regulations announced early this month," said Mangwiro.

Zimbabwe reported 30,523 COVID cases with 962 deaths on Saturday, according to the latest figures from the Johns Hopkins University.

The pandemic has strained the country's health system. Health workers recently went on strike over a lack of protective equipment and low salaries.

Officials say 60% of Africa's 1.3 billion people will need to be vaccinated against COVID-19 in order to achieve continent-wide herd immunity. But with cases surging, governments are scrambling to secure supplies.