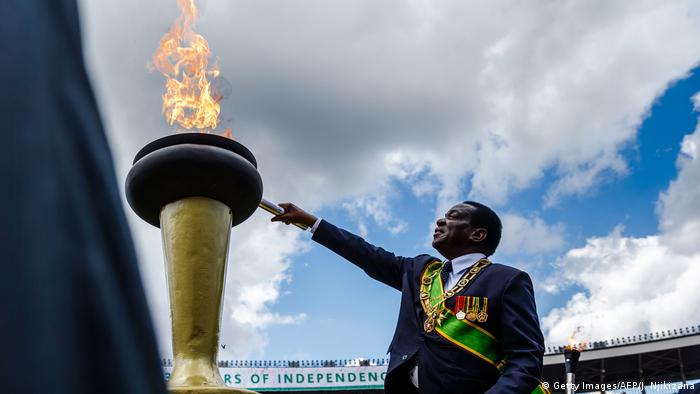 Tens of thousands of people traditionally flock to independence day festivities around the country on April 18 to honor the struggle that freed Zimbabwe from colonial rule in 1980. At the main ceremony, the so-called eternal flame of independence is lit each year for good wishes for the nation's future.

This year, because of the ongoing global COVID-19 pandemic, Zimbabwe has canceled what would have been its 40th celebration. The coronavirus crisis aside, a growing number of Zimbabweans don't believe they have that much to celebrate on the day.

From early hope to hopelessness

The majority of Zimbabweans had high hopes when their country declared independence from the British, who ruled Zimbabwe, then called Rhodesia, from 1890 to 1979. Under the early rule of Robert Mugabe, Zimbabwe's first prime minister and a liberation hero who would later become its long-running president, the country build an excellent education and health care system that were the envy of the continent. Its fertile lands were called "the breadbasket of Africa."

But over the decades, this has drastically changed.

Zimbabwe's economy is now run down, and its citizens are struggling to make ends meet, despite the country possessing abundant natural resources including gold, diamonds and iron ore.

"There has not been a sense of agency by government to rectify certain errors. You cannot talk about independence that does not go beyond a national anthem and flag," political analyst Alexander Rusero told DW. 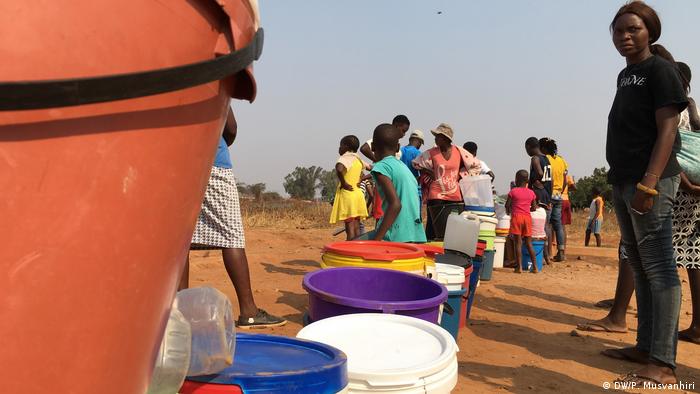 With many Harare residents having to line up for water, accessing even the basics is a struggle in Zimbabwe

"There are no equal opportunities in accessing national resources. For someone waking up every day without fuel, electricity, water and the basics, the independence gimmick becomes meaningless," Rusero said.

But the ruling ZANU PF party, which has been in power for the past 40 years, believes freedom from white minority rule is reason enough to celebrate.

"There has been a fair share of internal problems but it is the triumph that we have registered against both internal and external threats which has made this 40th anniversary a milestone," said ZANU PF's director of information, Tafadzwa Mugwadi, in an interview with DW.

A conflict of generations has emerged over the past 40 years.

Zimbabwe's liberation war heroes, like elsewhere on the continent, often have an entrenched sense of entitlement, which has led to an authoritarian political culture, critics say. In addition, the post-liberation generation feels Zimbabwe's development is being hindered by an older generation clinging to power in the same way that the colonizers did.

Emmerson Mnangagwa (in title photo), who succeeded Mugabe as President in 2018, is also a veteran of Zimbabwe's liberation guerrilla war. War veterans also hold key positions in the army, the police, the air force, key government institutions and the ruling party.

"You have a crisis of the older generation who feel a form of superiority and heroism about what they did to emancipate the country," political analyst Rusero said. "You have someone who was born in 1980 and has turned 40 with all the expectations of modern life but their dreams are being failed."

"Life begins at 40. On 18 April Zimbabwe turns 40. It's a milestone with a dream shattered by the hurt and pain from tyranny, violence, corruption and stolen elections," Chamisa wrote.

Reconciliation and addressing past hurts and injustices could help Zimbabwe move forward and achieve the dreams of the younger generations.

"The country needs to heal and enforce unity. There is a lot of polarization that has worked against nationhood. There is need to think hard about future generations and put away selfishness," said 30-year-old digital content creator Alexander Gusha in Harare.

"The liberation struggle was anchored on the fight for free, fair and credible elections. A generation of young techno-savvy people can transform the development of the nation," political activist Ostallos Siziba, youth secretary for the main opposition party, told DW in Harare. "We do appreciate the role those who liberated us played, but one cannot be a hero in two struggles." 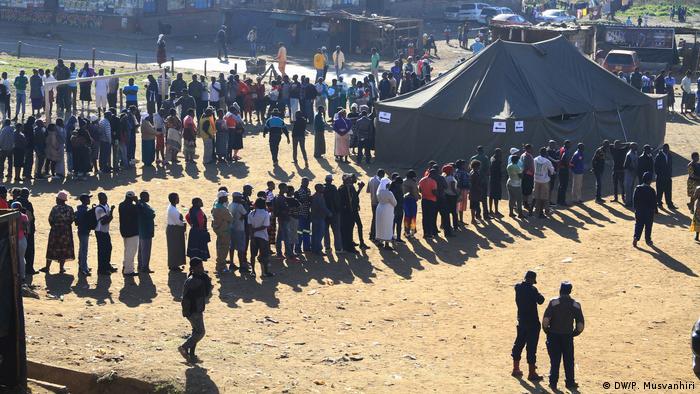